On the same day, in Portland, his wife gave birth to their fourth child.

It would be two weeks before Kelley would learn, by mail, that he had a new son.

Kelley is among hundreds of Pacific University students and alumni who have served in the Armed Forces. Like many of his era, he was recruited into service to provide medical care to soldiers during the Vietnam War.

The experience would shape his career and practice for decades to come, through private practice, a late-career return to the military, and community service activities today.

Kelley grew up in Ontario, Ore., and headed to Pacific to play football.

“My best friend in high school had a football scholarship and talked me into coming with him,” Kelley said.

The football scholarships (no longer part of the Pacific financial aid package) were all spoken for, but Kelley received an academic honor scholarship that helped him through his four years. He joined the Alpha Zeta Fraternity, and between sports and Greek life developed a rich social circle with whom he remains close today.

In the meantime, he also followed another friend from his original journalism major into a pre-med track.

“It was one of those life-changing decisions,” Kelley said. “You don’t know at the time where it’s going, but it turned out to be very good.”

Kelley went on to medical school at Oregon State and pursued a specialty as a general surgeon. After five years of specialty training, he went into private practice — but shortly thereafter was drafted into the Vietnam War during the Tet Offensive.

Kelley served two years in Vietnam, much of it at evacuation hospitals where he worked sometimes day and night on rotating surgical teams to treat the wounded.

The conditions varied. One hospital was a group of large tents near the South China Sea beach. When Kelley arrived, he said, he was grateful not to be deep in the jungle.

“I soon discovered that we were bare-ass naked out on that beach, so the doctors had to get busy filling sand bags so we would have protection from mortars, grenades, rockets and other fragmenting devices,” he said. “We felt a little bit safer when we had a four-foot wall of bags all around our tent.”

For two years, Kelley worked alongside doctors from all over the country to take care of wounded soldiers. They had varying degrees of military experience, he said.

“I told you that we fired M-1 rifles at Officers’ Basic. When we got to Nam, they issued the doctors Army .45 pistols, with no instruction. When the enemy got close enough that we could hear small arms fire, we could hear a siren and it was called a red alert,” Kelley said. “Some of the doctors didn’t know the business end of a gun from a human orifice. When they began shoving loaded clips into their pistols, I was more worried about getting shot inside the bunker than I would have on the outside.” 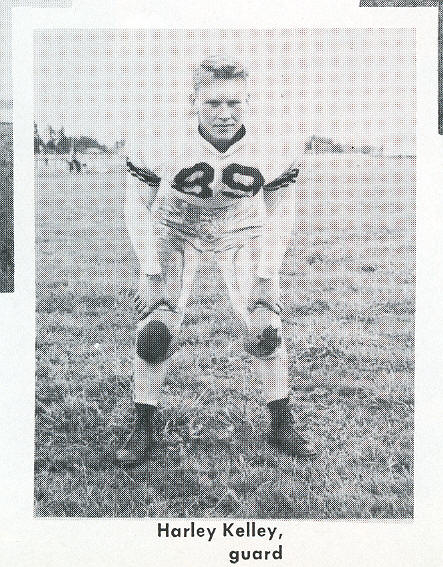 But they were medical professionals, and Kelley admired many of the doctors with whom he worked.

“You hear stories about how those with mortal wounds were shoved off in some corner where they would die but, in my experience, that seldom happened,” he said. “We were told that the mortality rate was only 2 to 3 percent, for those who reached the hospital alive.”

After two years in Vietnam, Kelley was able to leave the service and return to his young family and to his private practice in Portland.

“I learned many things about penetrating wound care and used that knowledge the rest of my career,” he said.

After two decades, though — after his first wife passed away, his children were grown, and he had remarried — Kelley wanted to travel, so he returned to the military.

“I joined the Army, because they promised me I could go anywhere in the world,” he said.

He spent three years in Germany before the first Gulf War broke out and he was sent to the Middle East.

“Because I had previous war experience, they sent me to that war,” he said. “Thankfully that was a short war.

“The basic care of injured soldiers, even 24 years later, the surgical care of war wounds didn’t change much,” he said. “We were pretty far advanced in Vietnam, as far as taking care of blood vessel injuries, vascular injuries.”

After the Gulf War, Kelley returned to Germany, where he and his wife Candy enjoyed the chance to travel throughout Europe during his leave periods. Later, he was stationed in Korea — “We still had 27,000 troops in South Korea in 1994. The Korean War ended in 1953.” — and enjoyed traveling throughout Asia as well.

“I made it six years the second time around,” Kelley said. “I would have stayed longer, but they said, ‘You’re too old for us now.’”

Since leaving the Army the second time, Kelley has worked in rural communities in Oregon and in a large veterans hospital in North Carolina. He spent a year and a half practicing in New Zealand: “I had the travel bug. They needed doctors.”

Today, he is retired, though he continues to work with Volunteers in Medicine in Burns, Ore., where he provides care for patients without insurance.

And, he stays connected to other military veterans, particularly by volunteering with the Honor Flight, in which World War II veterans are flown, for free, to Washington D.C. to view the World War II Memorial. He serves as a doctor on the trips, and his wife has volunteered for a few of the excursions as well.

“You’d think, ‘You guys are crazy for taking 90-year-olds across the U.S.,” Kelley said. “But it really honors them. They are just overwhelmed. Every place we stop, every airport, there are people cheering and waving flags.

“They really were the greatest generation,” Harley said, trailing off. “It’s quite …”