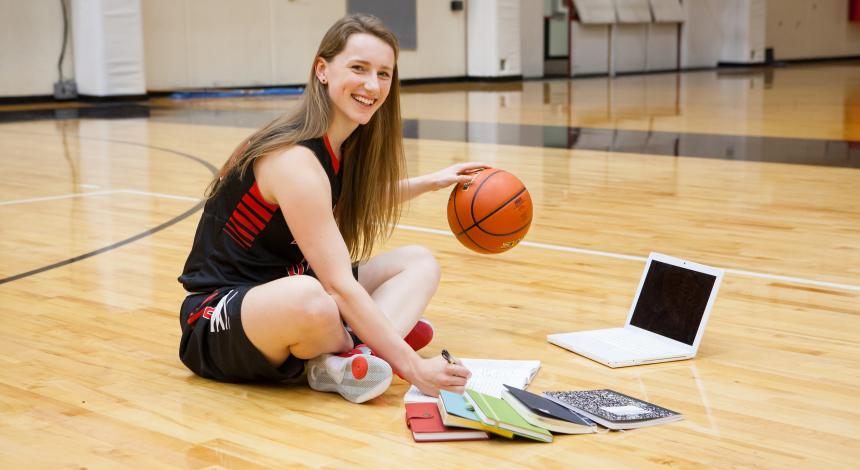 Charli Elliott ’19 looked forward to playing a little ball in college, but she didn’t have huge expectations.

“It was more than I was expecting for my freshman year of college,” she said. “We had a really good team this year, and I got to play, a lot.”

Basketball, though, is mostly a bonus for the Seattle-raised creative type.

She’s an amateur musician who has been playing piano for the past eight years and more recently taught herself to play guitar like her father. She sings while she plays —  “My guitar playing was so terrible at the beginning that I had to cover it with singing” — and she hopes to take part in one of Pacific’s upcoming open mic nights soon.

Her true passion, though, is writing — something she gets from her mother.

“My mom is an author, among other things, and I’ve always loved to write,” said the creative writing major. “It was always something I was good at.”

She finished a manuscript of her first novel before the end of her freshman year.

She also is minoring in Chinese after falling in love with the language in middle school and traveling to China during high school.

“It’s a really captivating culture for me. I really want to become fluent,” she said. “My goal after graduation is to spend a year in China teaching English.”