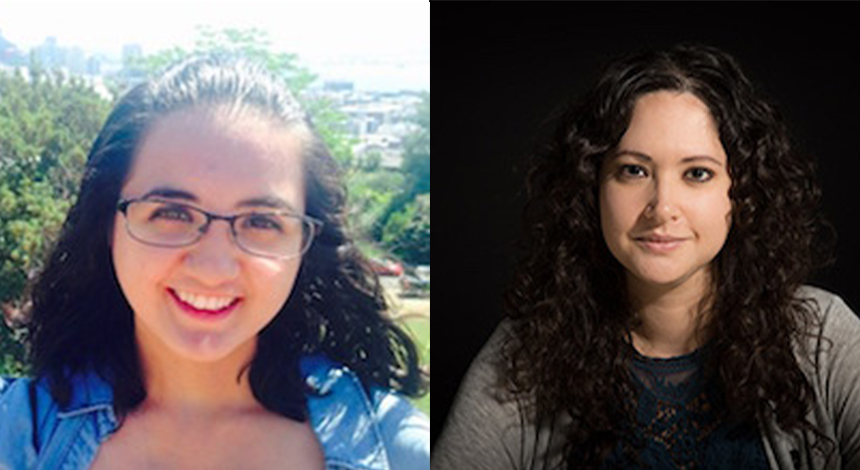 Jasmine Libert '18, who graduated in May 2018 with a bachelor's degree in music therapy, was offered a U.S. Fulbright English Teaching Assistantship award to teach in Germany, as well as a similar award from the Fulbright Austria program to teach in that country. She heads to Austria in the fall.

Anita Gill MFA '18, who earned her master of fine arts in writing from Pacific last year, received a Fulbright award to conduct research in Spain for the completion of a novel of historical fiction centered around playwright Lope de Vega.

Libert, a board-certified music therapist for Portland Music Therapy, is excited about her upcoming Fulbright experience.

"Participating in the Fulbright program has been a goal I have been working toward since I first started at Pacific," she said. "It isn't possible to accept two Fulbright award opportunities for the same time period, and ultimately, I feel the program in Austria is a better fit for me, my passions and aspirations. My first experience abroad was in Vienna (Austria's capital) and I fell in love with the city."

As a Fulbright teaching assistant, Libert will provide English language program support under the guidance of mentor teachers at two secondary schools. She will start in October and conclude her service in May 2020.

"I hope to use my experience working as an assistant teacher at the German Immersion School in Beaverton as well as my degree in music therapy to help inspire Austrian students to get excited about learning English," she said.

Fulbright awards are highly competitive, especially to places like Germany and Spain, according to Professor Jann Purdy, who serves as interim coordinator of Pacific's Fulbright program. Purdy and a number of faculty and staff at Pacific are highly involved in supporting students through the application process.

"The entire Fulbright committee at Pacific gave me incredible guidance and I am eternally grateful for everyone’s support," Libert said.

"He was a prolific playwright during the Spanish Golden Age, known to have written hundreds of plays which were performed regularly in Madrid," Gill said, adding that de Vega also lived an extraordinary life as a poet, secretary to a Duke, naval officer, father, husband, philanderer and, later in life, a priest.

"I intend to capture his life in a historical novel about the man who became a master of letters in order to raise his social status and secure his legacy through this plays and progeny," Gill said. "He was certain he would be remembered, unlike his neighbor, Cervantes, the author of the infamous Don Quixote. While de Vega is well-known in Spanish-speaking countries, his plays are rarely performed in the United States."

Gill will spend her nine-month fellowship primarily be Barcelona, where her affiliate runs a research program about Lope de Vega. She will also travel to Madrid, Toledo, and Seville, some of the places where de Vega once lived.

"I'm thrilled to receive this opportunity to devote myself wholeheartedly to this subject, an interest that alighted in me 10 years ago," she said. "With the support of the Fulbright, I have the freedom to read, research, and write my novel with historical accuracy, all the while crafting a story that would resonate with a wider audience."

Gill echoed Libert's appreciation for Pacific faculty and staff support in pursuing the grant. "When it comes to applying for a Fulbright, it takes a village," she said. "Thankfully, I had the community at Pacific!"

The Fulbright Scholar Program is the flagship international educational exchange program sponsored by the U.S. government and is designed to increase mutual understanding between people of the United States and those of other nations.