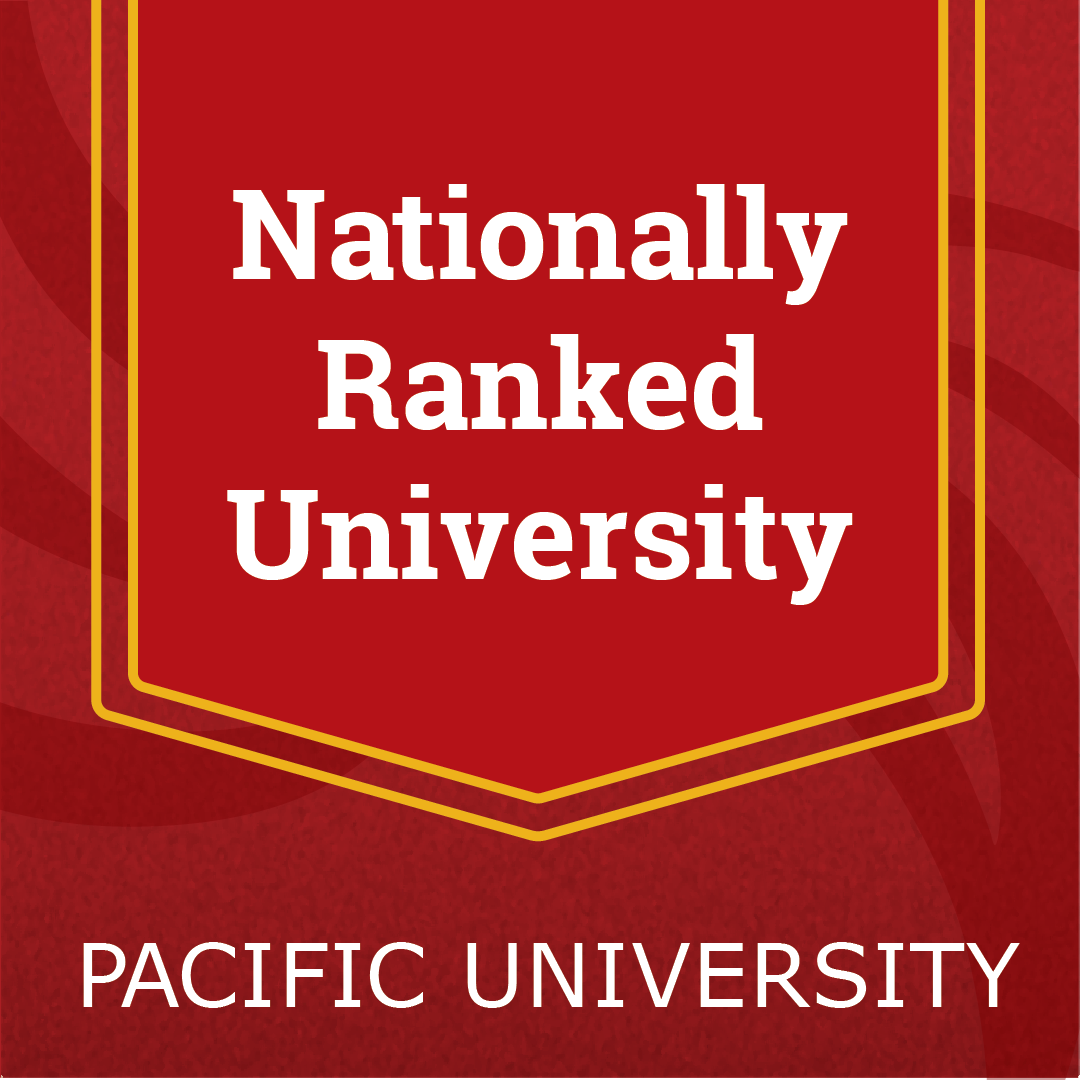 Pacific University is among the best values in Oregon, according to U.S. News & World Report.

In the publication’s annual college rankings, released Sept. 13, 2021, Pacific University is listed as the top “Best Value School” among National Universities in Oregon.

Pacific also is among the top National Universities overall in the country, the publication says.

National Universities are those that offer a full spectrum of undergraduate and graduate programs. Unlike most private colleges in the region, Pacific pairs its full range of undergraduate majors with more than 20 master’s, doctoral and PhD programs. Pacific also places a strong emphasis on research, at the graduate and undergraduate level, making it the No. 1 private research university in the Pacific Northwest. U.S. News' rankings compare Pacific to large public and private institutions like Ivy League schools.

It also was at No. 115 among Best Values nationwide — the top ranking in Oregon and the only Oregon private university on the list.

U.S. News & World Report’s rankings also identify top schools in a number of other categories. Pacific tied for No. 121 nationally among Best Colleges for Veterans and No. 120 nationally among Top Performers on Social Mobility. The latter measures the percentage of students who come from low-income families and their graduation performance at Pacific.