The Pacific University athletic department continues its growth trend with the addition of women's rowing as the school's 24th intercollegiate sport.

The 41st rowing program at a NCAA Division III school, the Pacific women's program will take to the water for the Spring 2015 season.  The eighth program added to the university's athletic offerings in the last 14 years, Pacific becomes the fifth Northwest Conference school to sponsor the sport and one of just six Division III programs off of the Atlantic seaboard.

With the announcement of the program, Director of Athletics Ken Schumann announced the hiring of Amanda Dudley as the program's head coach.  A four-year varsity rower at St. Lawrence University in Canton, N.Y., Dudley most recently served as an assistant coach at St. Lawrence and as an intern with the United States Rowing Association.

"We are excited to provide another opportunity for student-athletes to compete at Pacific with the addition of women's rowing," Schumann said.  "With the interest we had in our club program a few years back, coupled with the number of conference schools offering the program and a great practice facility nearby, this was a natural fit for the growth of our athletic program."

Pacific will practice at Hagg Lake, located just 10 minutes southwest of Forest Grove.  The university is in discussions with Washington County Parks regarding the facilities needs for the program at the lake.

Dudley emerged as the top candidate in a national search to find the Boxers' first rowing coach over the summer.  Dudley spent the summer as a national team department intern for the United States Rowing Association, the national governing body for the sport.  Prior to that, Dudley spent three seasons at her alma mater, St. Lawrence, as an assistant coach for both the men's and women's programs.  In that role. She helped conduct on and off-water practices, managed team travel and managed the squad's recruiting and social media outreaches.

Prior to returning to St. Lawrence, Dudley worked as the novice men's coach for the William & Mary Rowing Club in Williamsburg, Va., and as the men's novice coach at Lake Braddock Secondary School in Fairfax Station, Va.

The opportunity for a fresh beginning in a sport so steeped in collegiate rowing was a key factor in attracting Dudley to the Pacific position.  "Rowing is such an old, established collegiate sport," she said.  "This is a great opportunity for me and for Pacific.  I think this sport has a lot to offer the university and I think people will be pleasantly surprised to see what adding rowing can bring to the school."

Dudley will have a full year to recruit before Pacific fields their first crews, and she believes that there will be a lot to offer prospective student-athletes.  "We are starting the program out the right way and going at this 115 percent.  When we get student-athletes on board with that, great things will happen."

A rower as an undergraduate at St. Lawrence, Dudley stroked the varsity 8+ that was named the Liberty League's Crew of the Year in 2008 and went undefeated in the regular spring season.  That crew led St. Lawrence to their first appearance at the NCAA Division III Rowing Championship, where the team placed fifth. 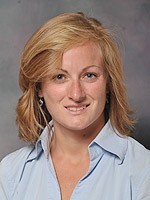 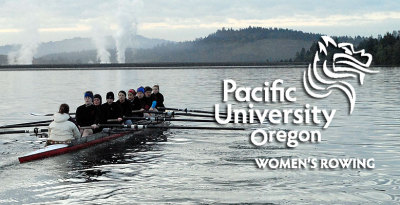