You Can Call Francis Kohler a Senior Senior

After fathering three sons, after becoming single, after buying a Mexican jackfruit farm with a high school friend, after leaving the world of promoting and producing live music, after leaving jobs in construction, environmental politics and with a startup airline, and after surviving neck cancer surgery, Francis Kohler enrolled at Pacific University. 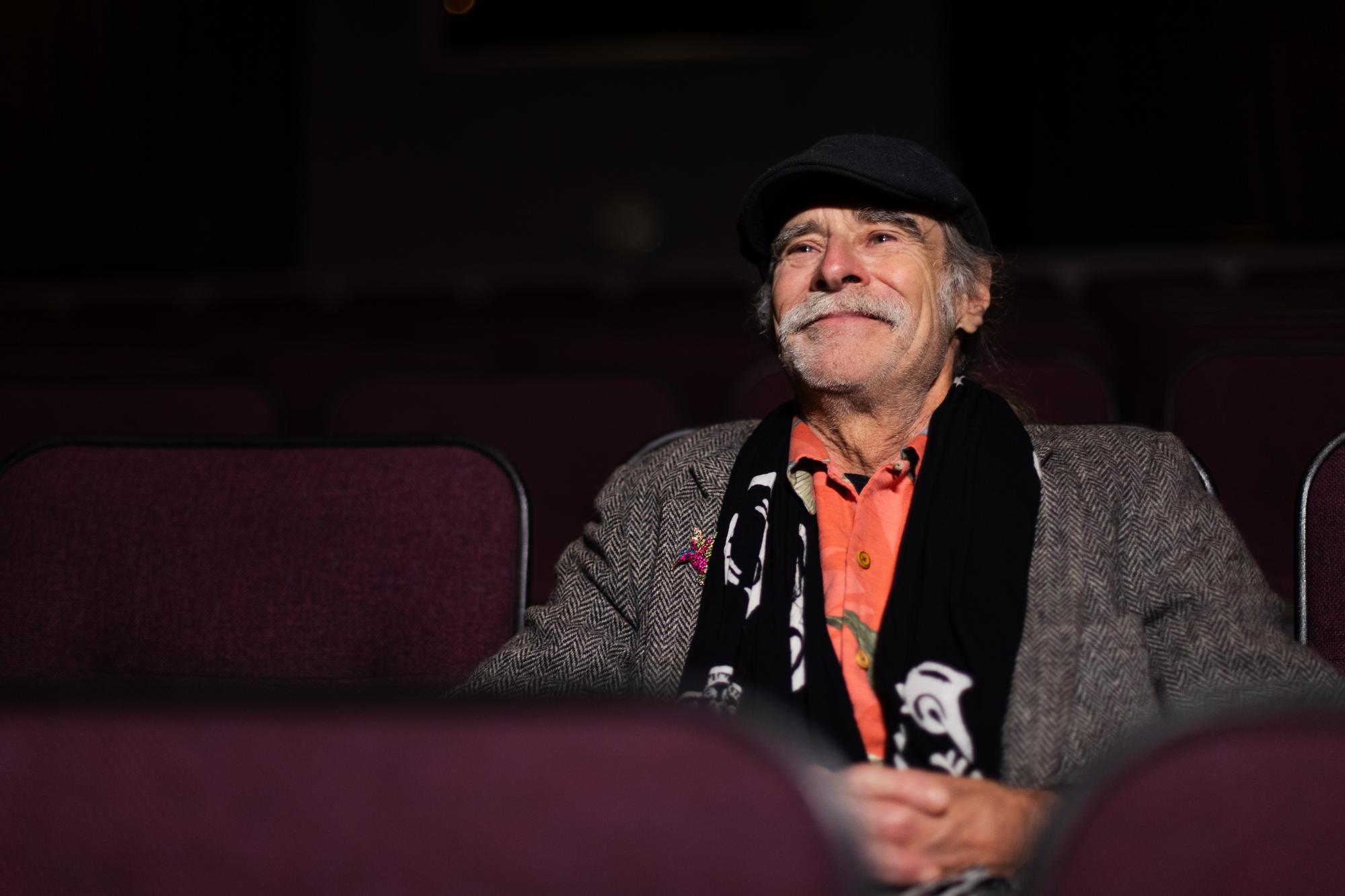 “College has been wonderfully therapeutic for me,” said Kohler in a Zoom interview, where he was wearing a Hawaiian shirt and a crocheted hat over his long gray locks. He spoke from the woodshop in Tabitha Brown Hall, where he is taking a pottery class.

Kohler is surely the only Pacific undergraduate who’s eligible for Social Security, lost his job for honoring a picket line during the Reagan administration, had a son born in Mexico, and produced the last live show that featured Billy Rancher. (Google him.) He is, in academic terms, a senior, majoring in creative writing. And he’s enjoying himself immensely.

He’s enjoying being a student so much, in fact, that he expects to continue to take college courses even after he graduates this spring.

“I’ll probably audit classes for the rest of my life,” he said.

In a setting where most student stories focus on high school sports stars or interesting internships, it’s hard to know where to begin with Francis Kohler. But what’s clear is that he adds a spark of lived experience to the classroom and to campus life.

“Francis brings a wealth of life experience to our campus and an openness to collaborating with his younger peers,” Keya Mitra, Kohler’s adviser and director of creative writing said in an email. “He works tirelessly on his creative work, demonstrating tremendous dedication to his classes and writing projects. I appreciate his passion for learning.”

At the age of 68, Kohler has learned a few things that many of his classmates haven’t, including:

Kohler was taking a class at Portland Community College when he ran into Mike Shingle, Pacific’s Academic and Career Advising director. Shingle suggested that Kohler could enroll at Pacific and earn a bachelor’s degree. With the help of scholarships and grants, Kohler found he could afford it. And so here he is, part of Pacific’s Class of 2022.

“During the first few advising meetings, it became increasingly clear that Fran would succeed at Pacific — not only because of his strong academic background — but also because of his personality and demeanor,” said Shingle in an email. “Fran is genuine, kind, funny, curious, and super creative.” 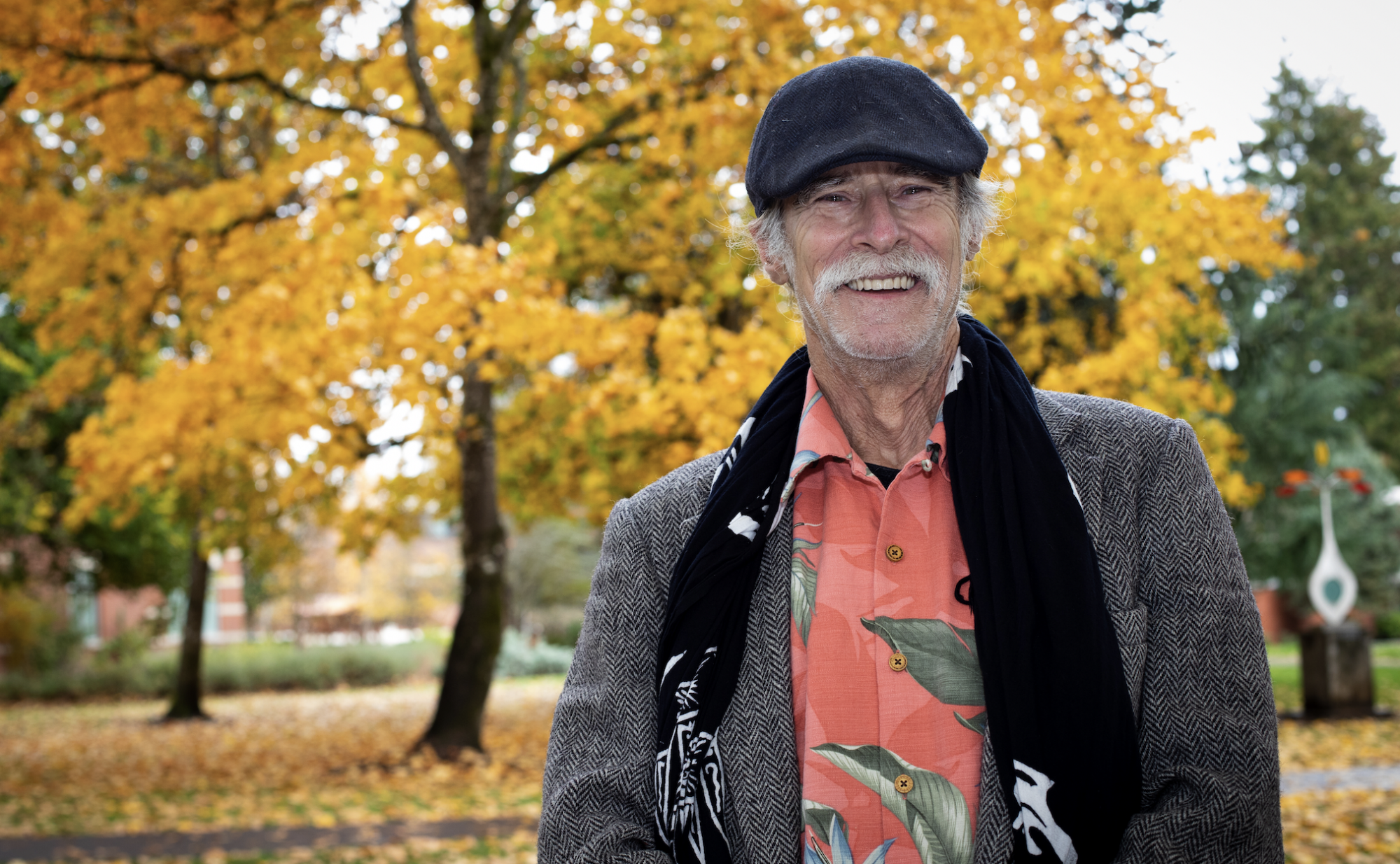 When Kohler first meets a fellow student, they usually assume he’s a professor. When they ask what he teaches, he said, he tells them “Dynamic Uncertainty.”

Kohler credits his three sons, Francis, Thomas and Carter, with encouraging his forays into writing and art. “They inspired me to pursue some of the things that I have,” he said.

“I don't think my dad ever needed any encouragement to become a college student — if anything, he has been an inspiration and motivation to us in our own academics,” Francis, Francis Kohler’s eldest son and himself a student at Portland State University, said in an email. “He's always been an advocate for learning new skills and educational fulfillment, which I think is reflected entirely in his own decision to return to school at 68 years of age.”

Added Carter, his youngest son, “he's a little worn down and has some scars from a lifetime of hardships, but he doesn't let that stop him from taking advantage of opportunities.”

His father, Carter Kohler said, is “someone who doesn't let age or wrinkles hold them back from great achievements.”

Francis Kohler, the Pacific student, said he is, in many respects, self-educated. His curiosity, his varied careers, his array of coursework at Pacific, Portland Community College, and 50 years ago, at a carpentry college in Ohio, have taught him a great deal about what it means to be human in 21st (and 20th) century America, not to mention being an undergraduate at Pacific.

Engaging with students at Pacific, he said, has been “extremely rewarding.”

He said he’s enjoying writing a new chapter of his colorful life.

As Carter Kohler puts it: “Seek wonder and never grow up!”