In the 1970s, Pacific Laid the Foundation For a New College

Should Pacific University become something more than a private, liberal arts university? Should it add a new graduate program intended to train physical therapists?

Some professors in the College of Arts & Sciences in the 1970s said no. And they didn’t just say no; they said, “Hell, no.” They thought the very soul of the university was at stake. 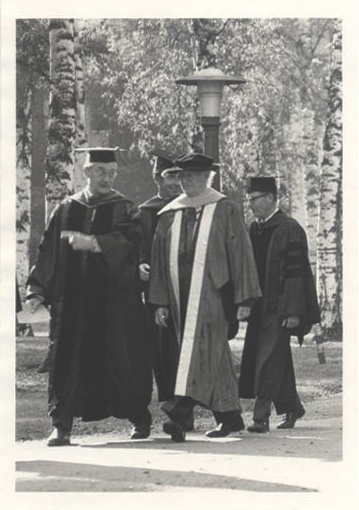 “Some faculty in Arts and Sciences were strongly opposed to physical therapy, or any other non-liberal arts program, because of the fear the college would begin to take on a professional, career-oriented vocational image rather than the traditional liberal arts appearance that the four-year private college of quality should exhibit,” explained the authors of Pacific’s 1987 accreditation self-study, who said the debate about adding the program 10 years earlier had been “heated.”

And later, they said, “Some faculty found it difficult to deal with students whose primary focus was on gaining employment in a profession rather than learning for learning’s sake.”

But the passage of time has shown that Pacific President James Miller, his university cabinet and the trustees made the right decision. Today’s Pacific educates students beginning with their entry from high school all the way through to their placement in skilled careers as health professionals. But back in the early 1970s, it wasn’t an obvious choice.

What is Pacific University?

Pacific is often described by outsiders as “a small, private liberal arts university.” But of course, it’s much more than that.

Pacific indeed offers a respected liberal arts program, conferring degrees in such disciplines as English, history, mathematics, philosophy and other subjects. But, through its College of Health Professions (and its College of Optometry), it also offers a range of pre-professional degrees, educating psychologists, physical therapists, dental hygienists, physicians assistants, audiologists and others who go on to careers in the health sector. Similarly, the College of Education produces teachers, and the College of Business sends graduates into the ranks of management.

Today the two components of Pacific are roughly evenly balanced, with slightly more students in graduate programs than in the undergraduate liberal arts tracks.

In the third decade of the 21st century, where college enrollments are declining and some institutions are winking out of existence, Pacific benefits from having two engines driving the university’s fortunes. Small, private colleges that have remained mostly liberal arts, undergraduate institutions have struggled to attract and retain students, some even closing.

“What we can hope for in hindsight is that people recognize that health professionals are not technicians,” said Ann Barr-Gillespie, Pacific’s provost and vice president for academic affairs, and the former head of the College of Health Professions. “They are individuals who have to use the powers of reasoning to understand the constellation of symptoms and signs that are before them when they’re treating patients ... . We are lifelong learners and that is the essence of being a healthcare professional.”

And for Pacific, she noted, the inclusion of a set of health professions helps to stabilize the university at times when broader upheavals affect a traditional liberal arts education. Nationally, as Inside Higher Ed reports, 579 institutions eligible to award federal financial aid disappeared from 2017-2018 to 2020-2021, with closures accounting for about three-quarters of that total. In the Portland, Ore., area alone, Marylhurst College and Concordia University closed their doors in the last five years, along with more specialized postsecondary institutions such as the Oregon College of Arts and Craft and the Oregon Culinary Institute.

Pacific must battle the same forces that the other colleges did, but it has a unique advantage: Its undergraduate program is complemented by a robust set of graduate programs, not only in the colleges of Health Professions and Optometry, but also in Education, Business, and Arts & Sciences.

The decade of the 1970s was a crucial period for both. As the university embarked on a new course of graduate programs, it also was strengthening its liberal arts programs by adding more highly credentialed faculty members and moving to establish what would become an undergraduate core curriculum. Pacific’s happy circumstance may be attributed partly to keen foresight, but also to luck and opportunistic decisions. And those choices weren’t without controversy.

Seeds of a hybrid model

The story of Pacific’s College of Optometry, Pacific’s first professional-track school, has been told in these pages before, but it’s worth emphasizing the serendipitous course that brought it into being.

The North Pacific College of Optometry was an independent school that operated from an unimpressive commercial office building on Portland’s Northeast Sandy Boulevard. It paused operations in 1943, as the war effort occupied the country. The unenlightened policies of the time forced one of the college’s owners, Newton Wesley ’39, Hon. ‘86, who was born Newton Uyesugi in Westport, Ore., to be interned in Portland, then to leave the West Coast for the Midwest.

With the optometry college shut down and one of the owners forced to relocate, Wesley and his co-owners, Roy Clunes ’39 and Clarence Carkner ‘41, looked about for ways to keep the college alive. At the same time, Pacific University, which also was struggling to stay afloat during the lean war years, was receptive to opportunities that would help attract new tuition money to the school.

Some Arts & Sciences professors resisted the idea of branching into pre-professional health education, saying it would detract from the mission of providing students a well-rounded liberal arts education. But they were overruled by Pacific President Walter Giersbach and other members of his cabinet. That dispute foreshadowed the debate that would play out again three decades later.

In the end, Pacific took over North Pacific’s charter, and in 1945, began offering optometry classes in the basement of Marsh Hall. Today, Pacific’s College of Optometry, from its base in Jefferson Hall on the Forest Grove Campus, is regarded as a national leader in optometry, and a pioneer in contact lens research.

Afterward, Pacific remained a small, private liberal arts school — to which a College of Optometry was welded. That was where things stood until the 1970s. 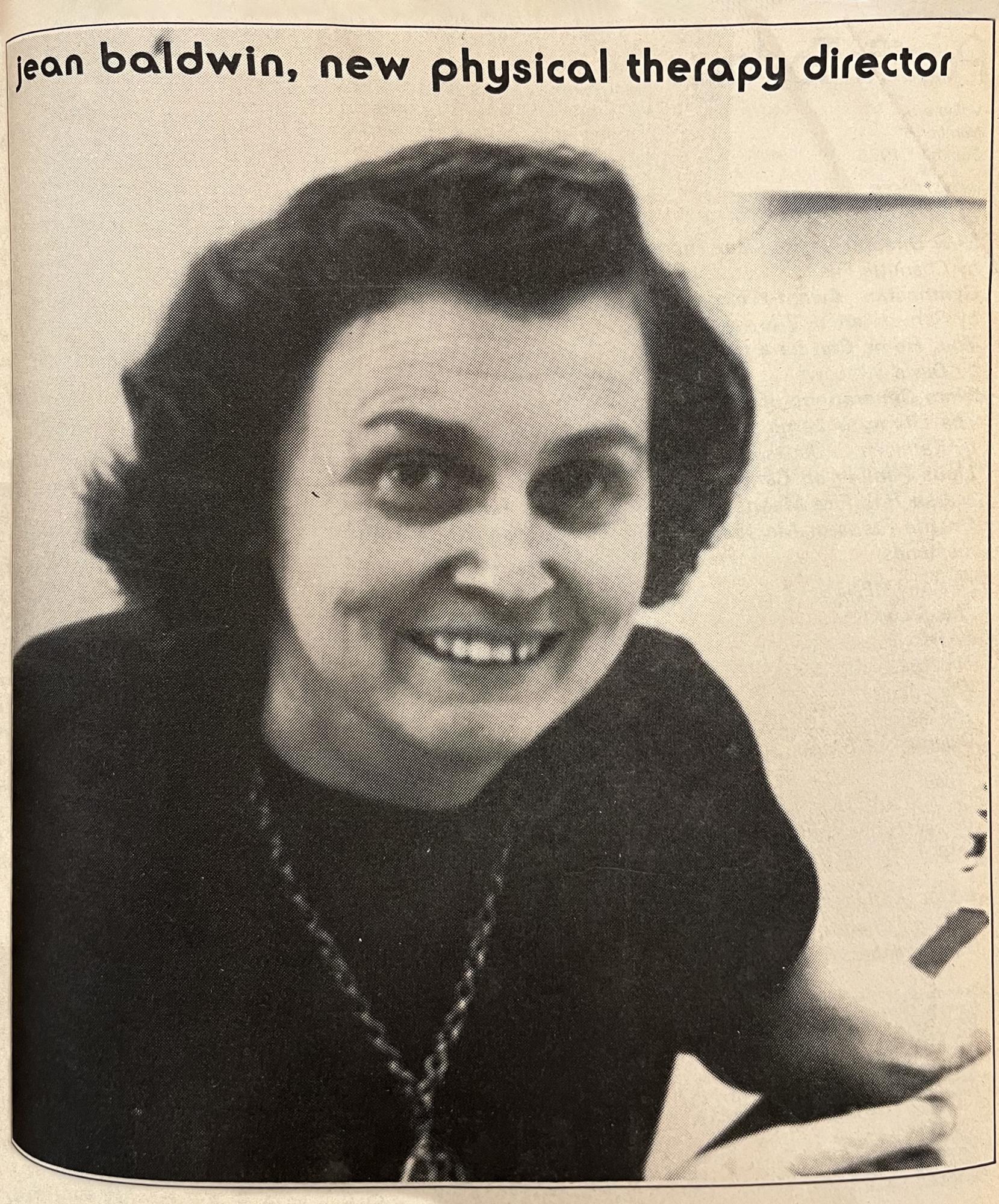 Physical therapy emerged from the efforts of Physical Education Professor Varina French and College of Arts & Sciences Dean David Malcolm. Together, they worked with the Oregon Physical Therapy Association to launch what was the first such program in Oregon.

When Jo T. Young PT ’77 came to Pacific as part of the first university’s first cohort of physical therapy students, she didn’t realize it hadn’t been accredited yet. But accreditation arrived soon before she graduated in 1977. While the first physical therapy director, Jean Baldwin, “was very supportive of us,” Young said, she was conscious of the program’s deficiencies — and how separate it was from the rest of the university.

“My biggest concern at the time was we were not given a course in neurology or neuroanatomy and needed to do a self-guided class prior to taking boards,” she said by email. “Our cadaver lab was held in the field house, which was cold, and I felt like our class was separate from the general student body.”

Others from the early classes have strong memories of their work in the unheated cadaver lab in the old fieldhouse. They still remember its powerful chemical smell.

“The smell of the preservative was quite strong and although we wore lab coats, we came from lab reeking,” Anne L. Watson PT ’79 said by email. 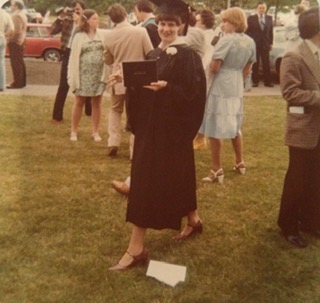 Heather Hannam PT ’78, who came to Pacific to study physical therapy after earning her bachelor’s degree in physical education from Portland State University, said she didn’t know anybody at Pacific outside of her physical therapy classes, which were taught in a basement that the students helped paint.

Watson credits Baldwin for her hard work in making the fledgling program a success. “It is overwhelming to think of the time and energy that she put into establishing the program, making professional contacts for guest speakers and student clinicals as well as obtaining therapy equipment for student labs,” she wrote.

Young, who lives in Pendleton, Ore., went on to a 42-year career as a physical therapist, working at hospitals in Baker City, Ore., and Pendleton. She said she felt she had a better educational background than her two coworkers at her first job, even though they had more professional experience.

Watson went on to work at a private physical therapy practice in Milwaukie, Ore., and was assistant director of the clinic in the early 1980s. She also worked in clinics in Oregon City and Canby.

Hannam was a determined student when she arrived at Pacific. “I had a calling to be a healer,” she said. “Every cell in my body said medicine.” Her father had pushed for her to become a medical doctor, but after earning a C in organic chemistry, she knew that was an unlikely path for her. Even so, she recognized that there was some risk associated with enrolling in Pacific’s program, which was new and still unaccredited. When the certification team visited, she said, “we all held our breath.” Then the good news came: Pacific’s physical therapy program was accredited. Hannam and other students bought roses for Baldwin to celebrate.

More programs, and a new college

Pacific’s next health profession program arrived in 1979, when the School of Professional Psychology began admitting students. Occupational therapy followed five years later. By then, the university was committed to advancing a new direction. The timing of the choice was forced by a severe regional recession in the early 1980s. That caused Pacific to cut costs and cast about for new ways to attract students. In relatively short order, the university added a program in physician assistant studies and reorganized its teaching programs into the College of Education.

Pacific formalized its full-spectrum approach to education in 1994 when the Board of Trustees created a committee on the health professions. 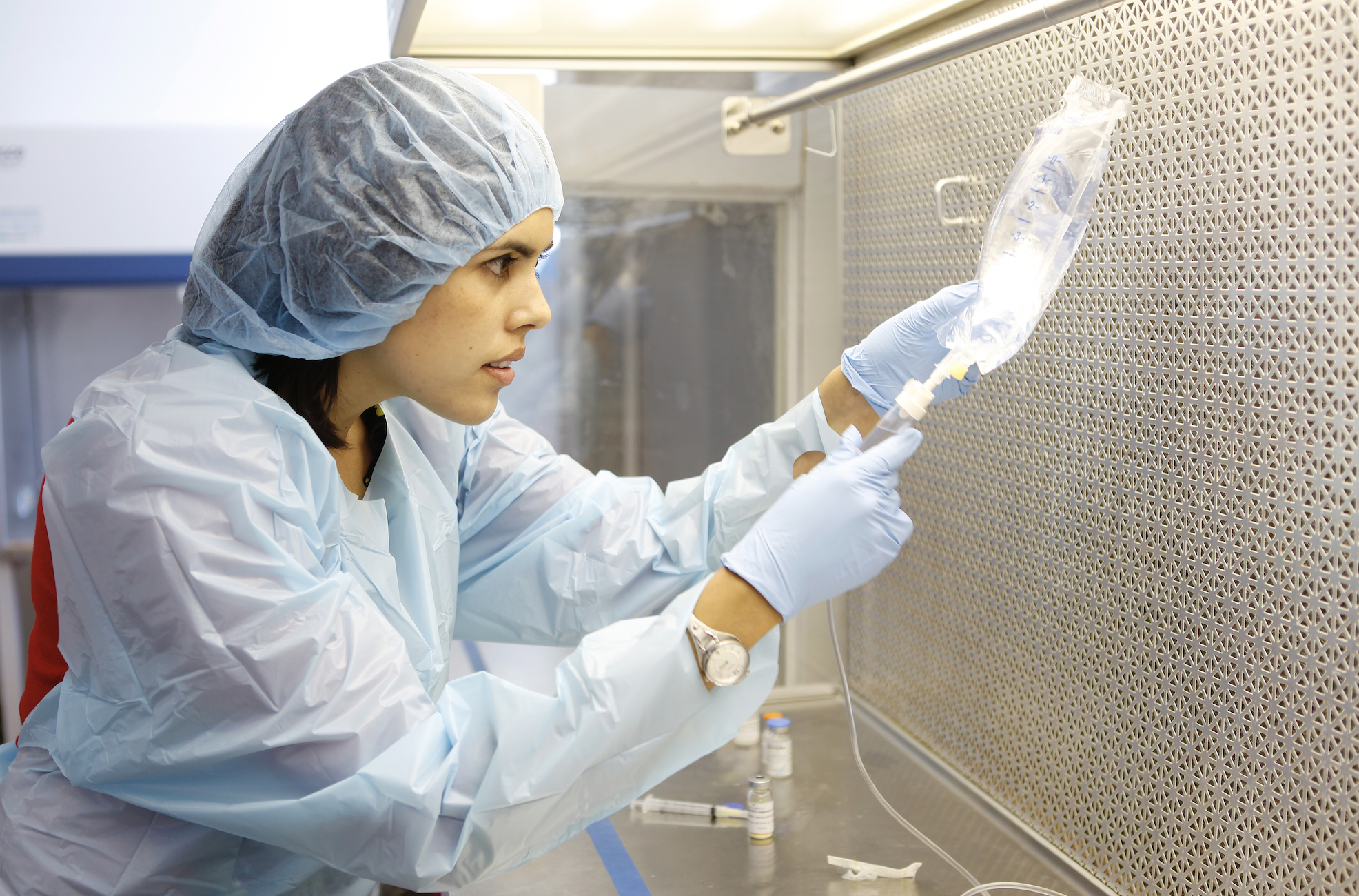 “A lot of undergraduates come to Pacific because they see it as a university that has health professions,” said Barr-Gillespie, the provost. She noted that undergraduate degrees such as psychology, biology, kinesiology, public health are aligned to degrees in the health professions.“Students see a pathway for themselves to a graduate degree that will move them toward the career,” she said.

“And then students can have access to a liberal arts foundation when they come here.” 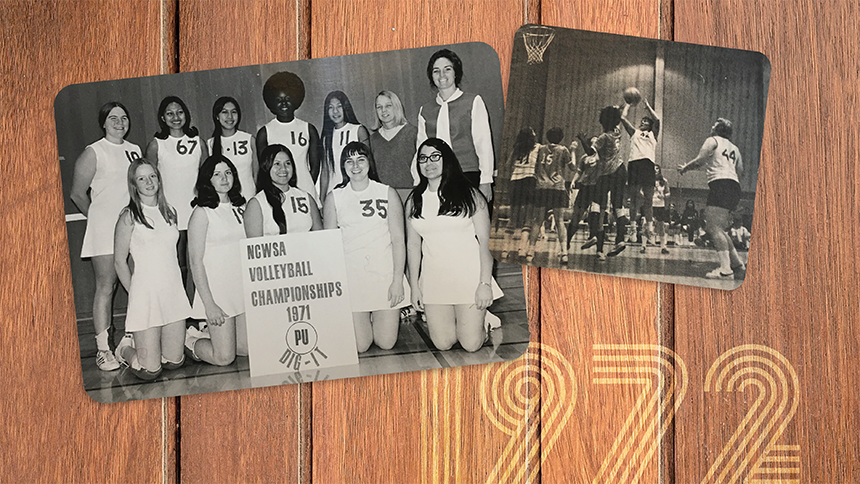 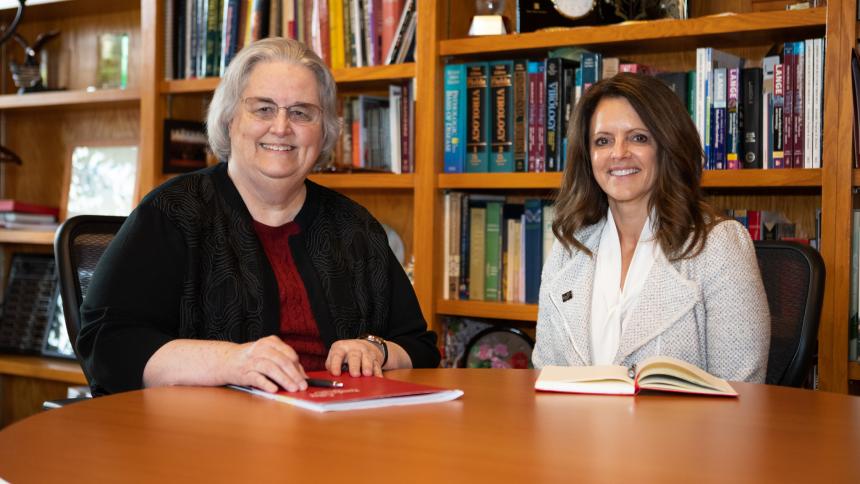 One president is leaving; one is entering. They share a vision for Pacific University.