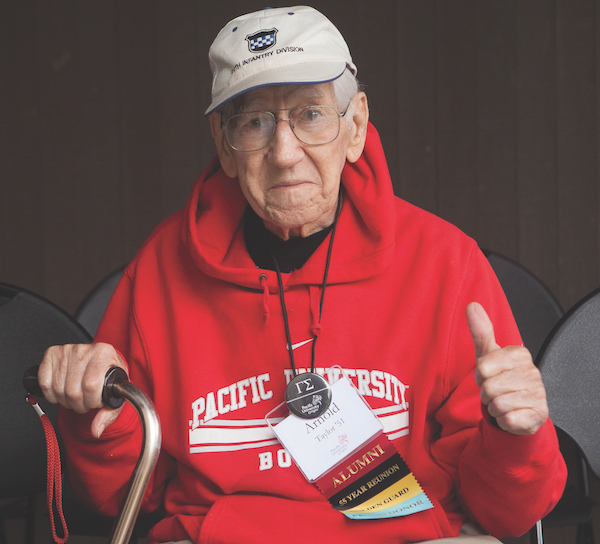 Rev. Arnold G. Taylor ’51 spent four years on Pacific University’s campus, but he seemed to be present for much longer, even as his life took him to distant places and new callings.

Taylor, who died this spring at the age of 93, led a rich and interesting life before and after leaving Pacific. And throughout his life, he demonstrated his loyalty to his friends, to his ideals and to the university.

Before enrolling at Pacific, he was drafted into the Army in Providence, R.I., in August 1943, when he turned 18.

"What I had hoped for was to be an aviator. However, a quirk in my color perception disqualified me for that dream job,” he wrote in A Military History Narrative of Arnold Godfrey Taylor, a copy of which is in an office in Marsh Hall. “I asked if I could jump into the fight. One look at me and they laughed. I was a skinny kid, weighing only 120 lbs. One thought that if I were to jump out in a prevailing eastward wind that I would float into Berlin before anyone else — unless the parachute was weighted down with cannonballs, which may make for a loud landing and attract attention.” 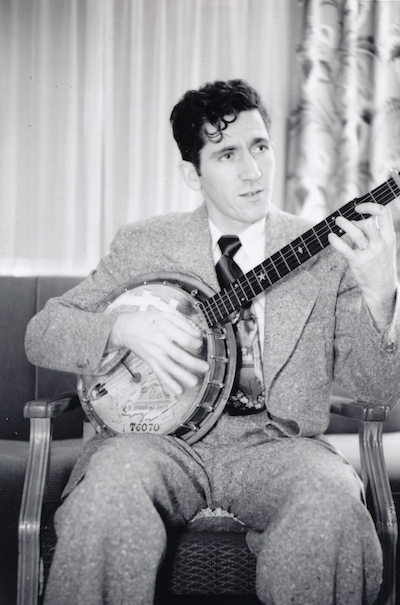 As a college student, Taylor played banjo, participated in debates and presided over the Gamma Sigma fraternity, becoming the first editor of the Gamma Gobbler newsletter, where his trademark humor was evident.

When Gamma Sigma took over a building that once was the Alpha Zeta frat house, then the Wilcox Hospital, which closed, the Gamma Gobbler noted: “The fact that this was formerly an AZ house doesn’t worry us an iota. A complete fumigation process is being considered, and the bit of walk leading to the entrance upon which those misfortunates inscribed their descriptive name, AZole, will be dynamited with proper ceremony and with dispatch.”

After graduating, Taylor went east again, taking a job as a copy boy at the now-defunct Washington Evening Star. He rose through the newspaper ranks, becoming assistant picture editor. In 1954, he married Lilian Bedinger with whom he had three children. In 1965, he left the Evening Star to enroll at Virginia Theological Seminary.

In an account of his career change, the Evening Star writer noted “Taylor does not believe his shift is as radical as a first impression suggests. As a news photographer, he met all kinds of people, and as an Episcopal priest he anticipates the same general kind of associations.”

He was ordained in 1969 and served at two churches in Maryland, including 22 years as rector at Christ Church, Durham Parish, a congregation established in 1692, according to his note informing Pacific of his appointment. As a priest, he organized a Boy Scout troop, helped establish a hospice and always, according to his obituary “met people where they were.”

“Love gushed out of his soul, but he was also a blue-collar old salt from Rhode Island with a legendary sense of humor. He exuded care and empathy, and he could tell a story or risqué joke with the best of them.”
—Dan James '87

One of the people he met was Dan James ‘87, now a Pacific University trustee, but who at the time was working for another Pacific alumnus, then-Rep. Les AuCoin ‘69. James and Taylor found themselves seated next to each other for a lunch in a dining room at the U.S. Capitol. AuCoin had arranged the lunch to welcome Pacific’s then-president Robert Duvall during a visit to Washington, D.C. 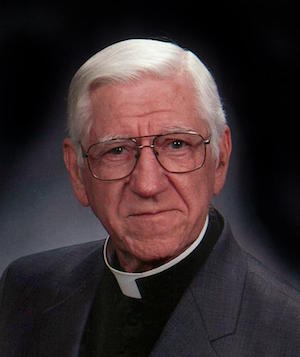 James and Taylor hit it off, with James visiting Taylor’s church on multiple occasions and drawing closer over time to the Taylor family. Once, James’ mother was visiting from Montana, and they visited Durham Parish together.

“They were doing a processional with a hymn, but the hymn was ‘Hail, Old Pacific, Hail,’” James recalled. In the middle of the processional, he said, Taylor stopped for an announcement. He told the congregation that the hymn was Pacific University’s school song, and that his good friend and fellow Pacific alumnus was present in the congregation. He then sang a few bars of the university hymn.

Then the service resumed.

“Love gushed out of his soul, but he was also a blue-collar old salt from Rhode Island with a legendary sense of humor,” James said. “He exuded care and empathy, and he could tell a story or risqué joke with the best of them.”

Taylor retired from the church in 1993, although his retirement was full of movement. He helped organize Honor Flights, which take World War II veterans to Washington to see the World War II Memorial, and he organized members of his old regiment to march annually in the national Memorial Day parade.

He also was a lively swing dancer who sometimes surfaced in news features.

“He has firm hands and shoulders, and his favorite eight-step swing move has this merry-go-round feel to it. Everything in the periphery is ablur except his face, which usually bears a broad grin.

“He’s strong — a fact he underscores by introducing himself, with a wink, simply as ‘Ahnoldt.’ This faux Schwarzenegger’s dance card is usually pretty full. And when he walks, it’s more like he’s swaggering to a syncopated beat.

"It’s easy to mistake this 78-year-old retired reverend for a lady’s man. But really, when he’s on the dance floor, he’s just reflecting the spiritual joy he’s gotten out of his favorite form of recreation.]

“'What do I like most about dance? Oh, well, the sort of happy human relationship. Being with somebody and having fun,’ he says.”

Through the decades, Taylor stayed in regular touch with Pacific, sending back chatty updates about people he’d visited, acknowledging contacts from the school and describing things that he was doing, such as, “I am unofficial chaplain of the Bayside Banjo Aggregation, a bunch of 200-300 tenor banjo players.” He and Lilian attended Homecoming several times in recent years and would frequently extend their trips to include visits in the homes of his friends from his time on campus. 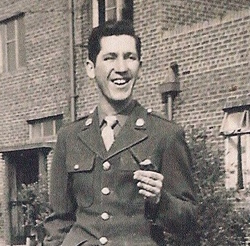 James, like many others who came to know Taylor, relished those regular contacts. “Over time,” James said, “I started to describe him as my oldest friend,” adding, perhaps unnecessarily, “Get it?”

Taylor didn’t seem bounded by age, occupation, or much of anything else. Friendships came naturally to him.

He never was rich — careers in journalism and the priesthood generally impede the accumulation of wealth. But he was a steady giver to Pacific, donating a little something each year for 51 years, beginning with a $10 gift in 1959 and concluding with a $2,000 gift from his estate to Pacific’s Veteran’s Endowed Scholarship Fund. His gifts reflected his values, and the joy he carried through his life.

“There was a faith and a genuineness to him that attracted me and so many others,” James said. “I’m grateful that Pacific brought us together.” ■