Jeffrey Williams’ first call on the job was a burglary in progress.

Sirens off, he and his field-training officer pulled the patrol car up to the house and quietly exited the vehicle.

Then, Williams slammed the door, shattering the silence.

“All of the officers looked at me, and my field-training officer says, ‘Oh, that’s right, you don’t know anything,’” recalled the 1993 Pacific University alumnus.

Another time, Williams said, he arrived at the scene of a bad crash and was ordered to block an intersection. He turned on the overhead lights and turned off the engine – until the car battery died.

“Police officers go through different stage in their careers,” he said. “You start to build this repertoire of experiences, like, ‘Oh, I’ve seen this, I’ve seen that, and I know if I say this it will evoke a violent response.’ You get more confident because you’ve experienced different things.”

"As a police officer, you're entrusted with authority that you can really go out and advocate for the weak and the oppressed."

Now a captain with the Beaverton (Ore.) Police Department, Williams has had a chance to gain many of those experiences. He also is one of many Pacific University alumni who have pursued law enforcement, taking their liberal arts educations to careers as police and parole officers or forensic scientists. Soon, even more may follow, as the university considers a new undergraduate major in crime, law and society.

“The Pacific experience broadens your scope of the world and what’s out there, like different options, social issues and cultures,” he said. “[In the police world], we are immersed in our communities and deal with all kinds of issues we talk about in sociology classes, psychology classes and even political science classes.”

WILLIAMS ALWAYS LONGED TO BE A POLICE OFFICER.

He remembers badges and blue uniforms from when Officer Friendly programs visited his schools when he was growing up in Portland.

“They would pop the trunk and would have Blazer cards and talk to you about school safety,” Williams said. “I remember thinking it was so cool, and I just always wanted to be a police officer.”

It was music, not law enforcement, though, that brought Williams to Pacific University. He played the trumpet and, at a high school band competition, was introduced to Pacific.

“I didn’t even realize anyone from Pacific University was at the event, but a week or so later, I received a call from one of the music professors,” he said. “I had never considered a private university and was flattered they wanted me to help build the music program back up.”

He received a music scholarship and enrolled in 1989, participating in the pep band, concert band, jazz band and orchestra, and performing in West Side Story with the theatre program.

In the meantime, he explored. He was attracted to politics, social science classes and creative writing. In his junior year, he opted to leave the music coursework behind, majoring in political science with a minor in creative writing.

"The Pacific experience broadens your scope of the world and what's out there, like different options, social issues and cultures."

Creativity is perhaps frowned upon in writing police reports, but Williams said there’s a connection.

“Learning the concepts of clarity and brevity and finding the right words to convey what it is you’re trying to say [helps],” he said. “I lean on what I learned in the writing classes to make sure I’m writing a professional, concise and clean product.” 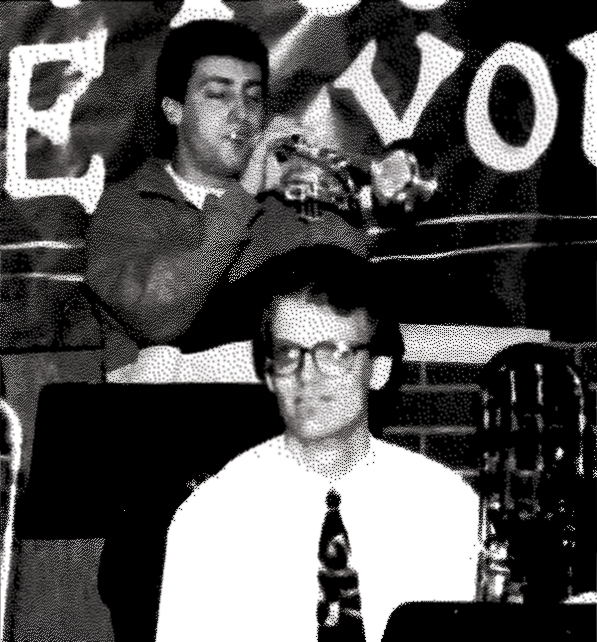 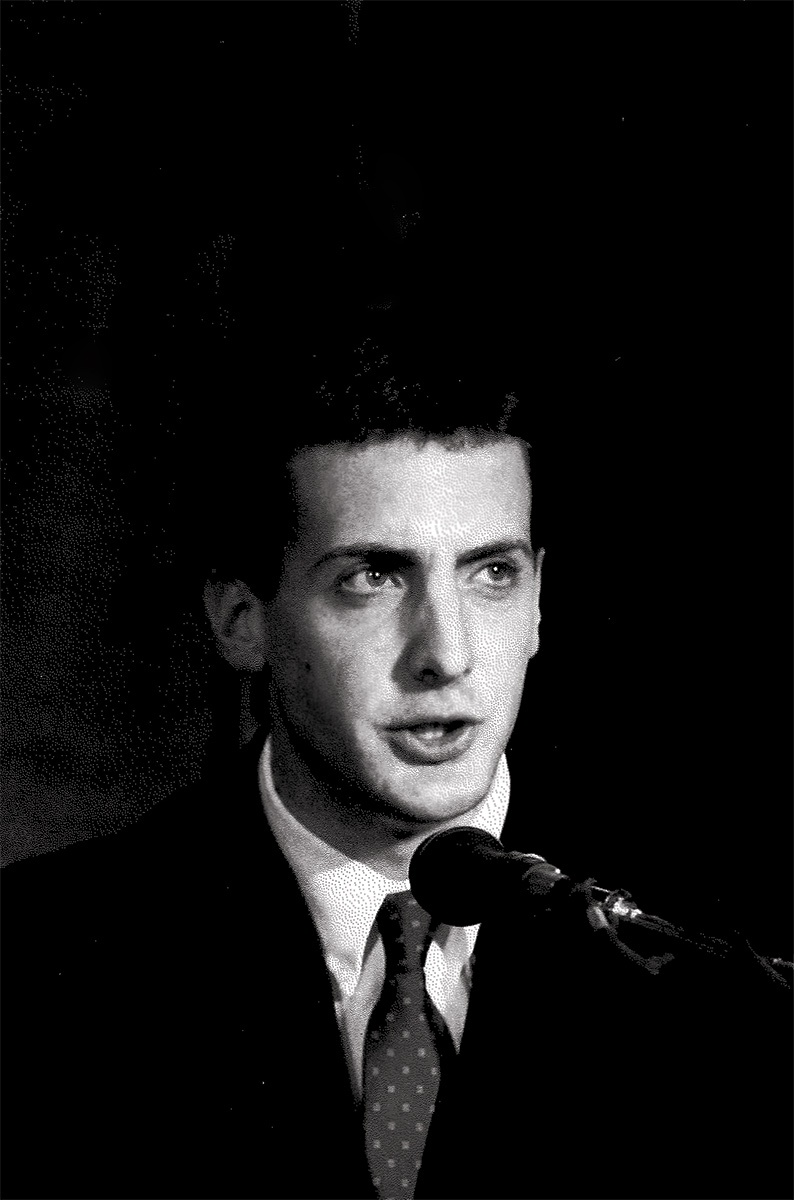 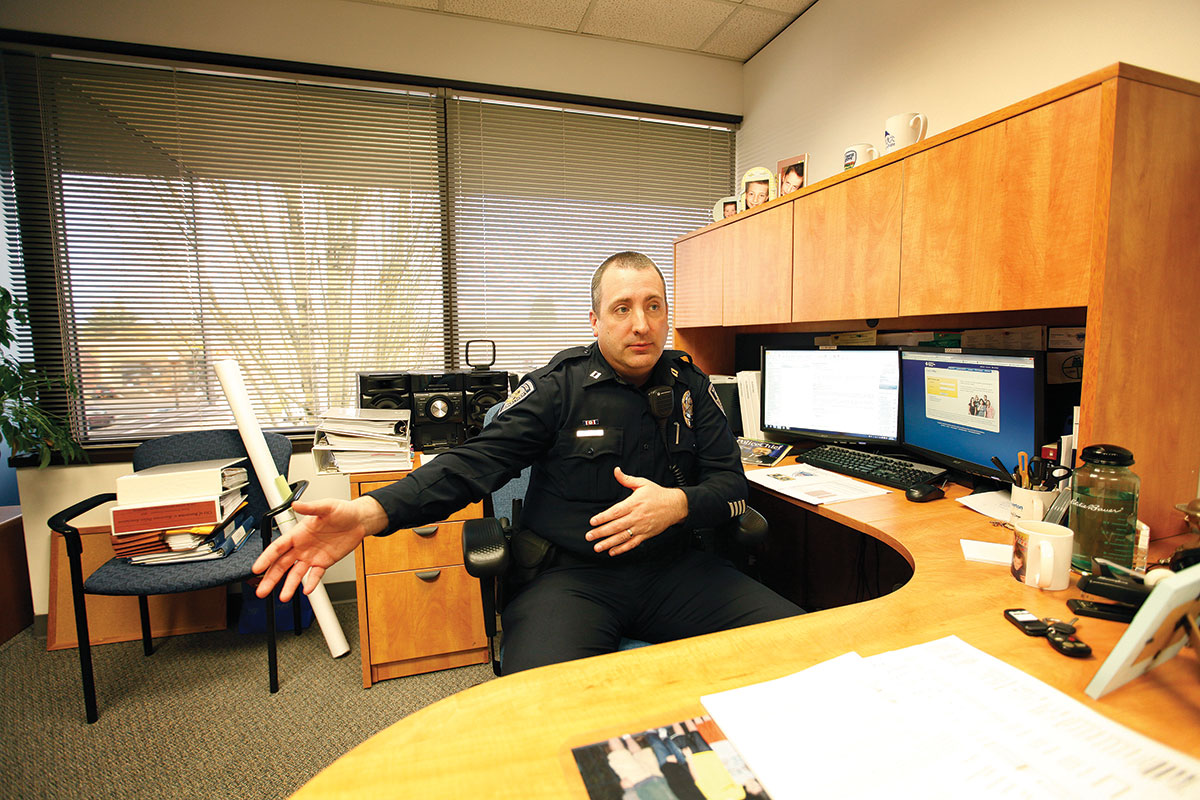 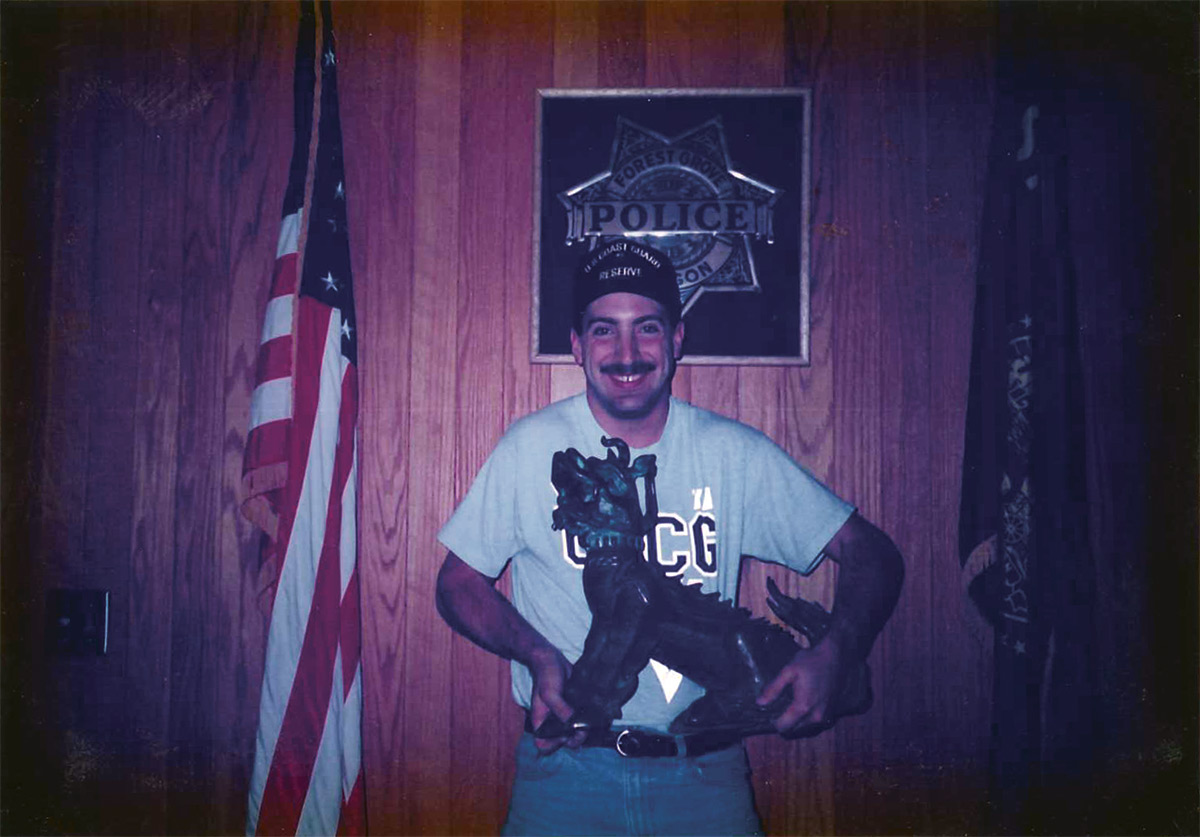 Williams introducing a speaker at the Tom McCall Forum

Williams working at his desk in Forest Grove

Williams joined the U.S. Coast Guard Reserve. He attended boot camp in New Jersey and came back to his senior year at Pacific serving one weekend a month and two weeks each summer.

After graduation, he went to Virginia on active duty for two months. Later, he worked in retail loss prevention at Fred Meyer in downtown Portland and was promoted to a manager position in Oregon City.

Then, in 1994, he learned the Forest Grove Police Department was hiring, and soon after, he began his
dream job.

Williams’ field-training officer, Mike Herb, remembers Williams’ early days on the job. During their first investigation of a drunk driver, Williams stood by while Herb administered field sobriety tests. Williams was puzzled as an intoxicated passenger in the car began sliding out of the car and onto the ground, slowly crawling away from the scene.

Herb says Williams quickly learned to overcome challenges and excelled in all aspects of police work.

Williams was promoted to sergeant in 2001 and captain in 2008. The same year, he earned a master’s in administration of justice and security. In 2011, he took a job as a lieutenant at the Beaverton Police Department, a step down but with more opportunity to grow in a larger department.

“These kinds of opportunities don’t come along all the time,” he said.

In July 2012, he became a captain, and today he works as an administrative bureau commander, hiring people in the department, dealing with budgets, overseeing professional standards and training, and reviewing policy.

Most importantly, though, he says that his work allows him to serve others, “advocating for people who otherwise cannot advocate for themselves.

“As a police officer, you’re entrusted with authority that you can really go out and advocate for the weak and the oppressed,” he said.

MEANWHILE, WILLIAMS BALANCES THE DEMANDS OF HIS JOB with family life.

He has been married to his wife, Stephanie, for 15 years, they have three sons, ages 7, 11 and 13. The family enjoys camping throughout the Northwest and attending church on the Sundays he doesn’t work.

“Some weeks I have to work a lot,” he said. “Sometimes it interferes, but at the end of the day, if I’m faced with work or family, 99 percent of the time I will go with family.”

He’s coached winter basketball, T-ball and Little League teams for his boys, and he holds onto that love of music that once brought him to Pacific. Last summer, for example, he played the national anthem at a Hillsboro Hops baseball game.

And, he remembers the opportunities that helped him along the way. He reminds today’s students to keep their options open and explore as much as they can.

“Take your time,” he said. “Enjoy the journey and don’t be so focused on graduating, because there’s so much here to take in, and you won’t realize what opportunities you passed up.” ■

This story first appeared in the Summer 2014 issue of Pacific magazine. For more stories, visit pacificu.edu/magazine.