For DeAnn Fitzgerald ‘81, OD ‘84, optometry isn’t just about eye care, but about the mysteries beyond.

“The eyes are the windows to the body,” she tells audiences. “One hundred percent of our brain is dedicated to vision in some fashion, 80 percent of all sensory goes through eyes. ... We need to be at the table of rehab services.”

While operating a thriving optometry practice in Cedar Rapids, Iowa, Fitzgerald has become a leader in developing concussion protocols for athletes in Iowa and far beyond.

"Vision impairments are often the first signs or symptoms of a traumatic brain injury."

After graduating from Pacific, where she played softball and studied visual science and optometry, Fitzgerald moved to Cedar Rapids and eventually opened her own practice. That practice has expanded to include three clinics, including one called Active Evolution Studio for high-performing athletes, people recovering from brain injuries and others.

Much of the damage of a concussion occurs after the initial impact, as the primary injury sets off a string of biological changes that can continue for weeks, according to the American Optometric Association. And vision impairments are often the first signs or symptoms of a traumatic brain injury.

In Iowa, Fitzgerald led the development of a widely accepted baseline screening protocol for young football players. Her Active Evolution Studio also has trained amateur and professional sports teams to improve their ability to compete. As the studio’s website puts it, “an athlete’s ability to see, think and react quickly can make all the difference between winning and losing!”

She is nationally recognized for her work as a sports vision optometrist and on concussion protocols. She was a keynote speaker, for example, at The Ultimate Concussion Conference in Hollywood Beach, Fla., in 2016.

At the conference, she praised the National Football League, long criticized for overlooking or obscuring football’s damaging effects on the brain. “I’m very appreciative of the NFL. The NFL has put concussion on the board,” she told attendees, applauding the league’s adoption of concussion management protocols for its players.

She went on to say more people suffer brain injuries in routine ways — by falling, or in vehicle accidents — but sports injuries get the headlines.

She’s the vice president of the Neuro-Optometric Rehabilitation Association, or NORA. The organization’s fall conference, which has been moved online, will focus on the ways practitioners in different disciplines, including optometry, can work together to achieve better results for patients, she said.

That is necessary because brain injuries involve so many disciplines, from neurology to occupational therapy. Optometry offers a way for providers to assess the extent of the damage and to monitor a patient’s improvement.

In addition to being in demand as an expert on sports vision and concussion protocols, Fitzgerald founded Spanda Inc., a nonprofit that provides eye care in Iowa and around the world.

“I have always appreciated my education at Pacific both undergrad and grad,” she wrote in an email. “And am very grateful I am getting to do what I thoroughly enjoy — practicing optometry and being able to offer patients therapies that enrich their life, whether it’s a thorough routine eye exam, prescribing glasses and contacts, and offering therapies for people that have a more difficult life because of concussion, TBI, stroke or neuro-degenerative disease.” ■ 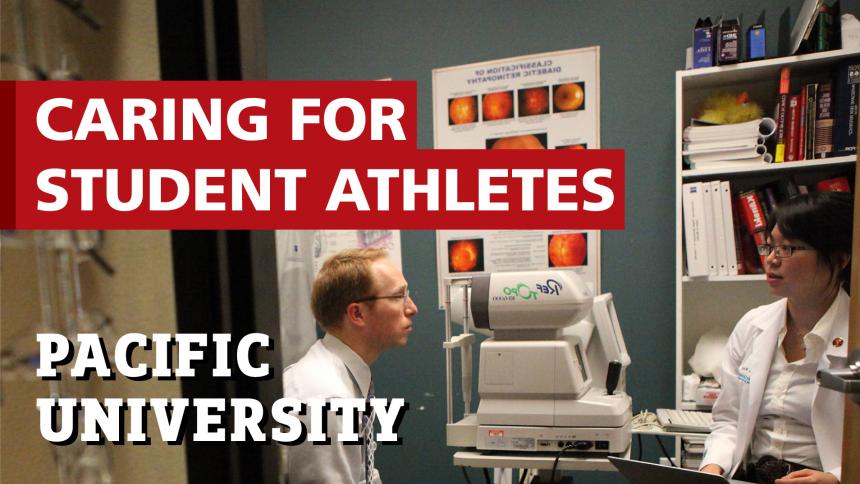 At Pacific, caring for student-athletes is a community affair. Before any football players stepped onto Ledbetter Field for practices, they received care from dental hygiene and optometry students. 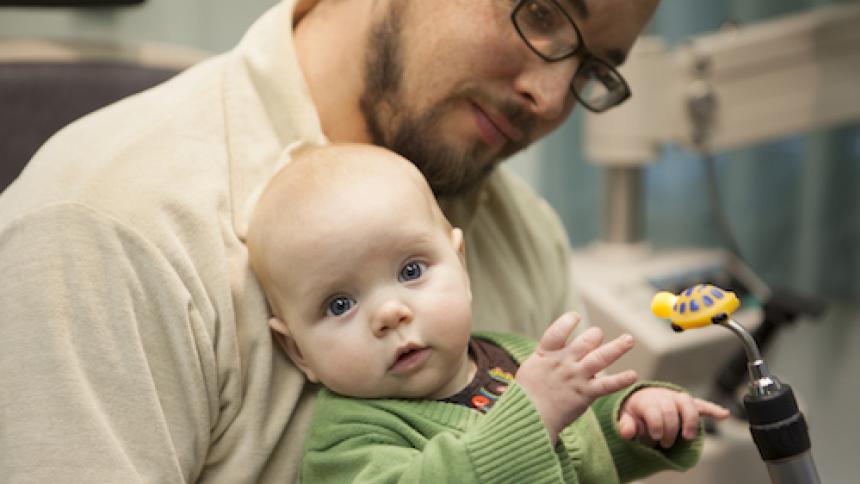 When it comes to detecting problems with vision, it pays to start early, before brains are hardwired. In InfantSEE, a public health program in which Pacific participates, the patients may be as young as 6 months old. 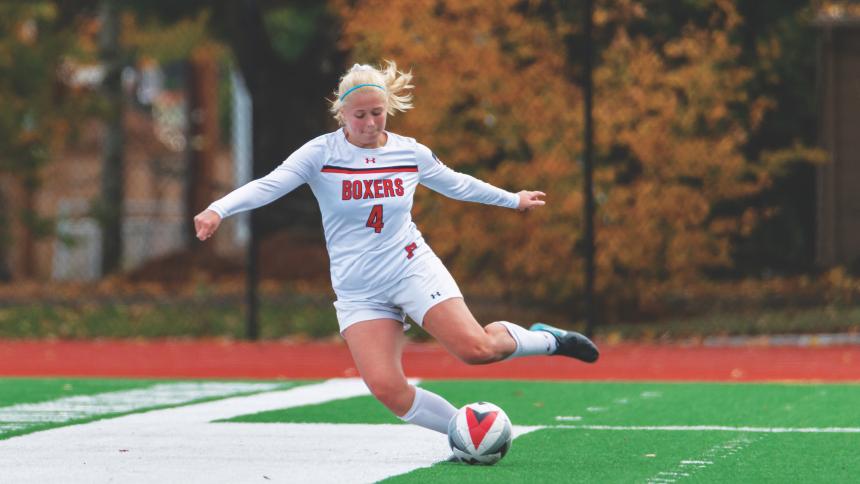 Within the field of optometry, sports vision has emerged as a fast-moving specialty. And within sports vision, Pacific is a leader.