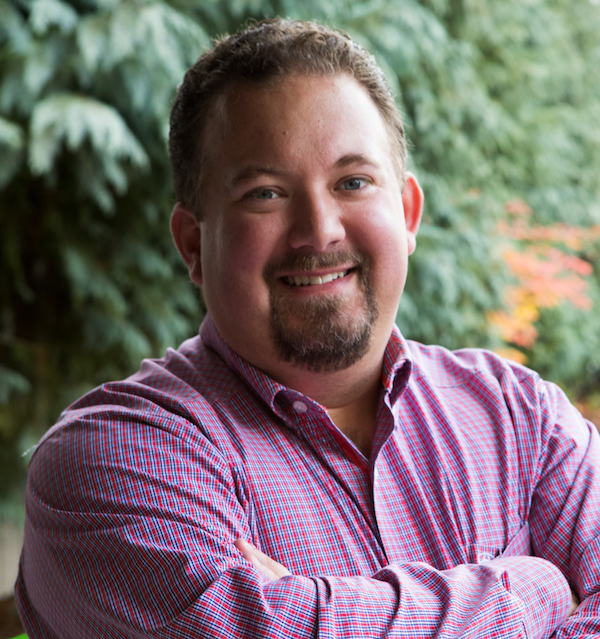 Mark Truax '09 says some of the most important parts of his college education came outside the classroom.

As president of the Politics and Law Forum at Pacific, he raised the idea to the then-vice-president for University Relations, Phil Akers.

“He told me to go right ahead,” Truax said. “So I started cold-calling news directors of TV stations.”

In the end, KATU-TV carried the debate, in which Jeff Merkley, Steve Novick and two others argued about who would be the best choice to challenge the incumbent, Gordon Smith, a Republican. In the end, Merkley won the primary and the general election that fall. He continues to represent Oregon in the Senate.

To bring the debate to campus, Truax said, “I was the operations guy behind the scenes,” though he did make a television appearance to promote the event. It came together with the help of the League of Minority Voters, which cosponsored the debate.

Truax was involved in an effort to bring a general election debate to campus, too, but it didn’t pan out.

“Mark was an enthusiastic participant in politics both on campus and off,” said Politics & Government Associate Professor Jim Moore, in an email. “He learned a lot as he negotiated with television people and primary candidates for the U.S. Senate in 2008. Balancing all their needs and desires was a tricky thing. That balance fell apart when Mark tried to get one of the senatorial general election debates on campus that year. He learned even more from that experience.”

Truax noted he also was “the first and only student to chair a standing university committee” when he led the university technology committee during his senior year. When an opening occurred, he said, “I said, ‘If nobody wants to chair it, I’ll do it.’”

"I had a great experience.. some people thrive more in a smaller, intimate setting."
—Mark Truax '09

Today, Truax is executive vice president of Pac/West Communications, a Wilsonville, Ore.,-based government relations firm that was founded and is still owned by Paul Phillips ‘78 and his wife Nancy (Knop) Phillips ’77, MAT ’82. Truax, who had gotten to know Nancy Phillips when he was still a student, was hired in 2009, left for stints in Oregon then Washington, D.C., and in 2013, was rehired by Pac/West to open and run the firm’s Denver office.

He is a fan of the environment that Pacific provided when he was younger and developing the skills that would carry him into his professional career.

“I had a great experience,” he said. “Some people thrive more in a smaller, intimate setting.”

Truax and his wife, Kelsey, came back to Forest Grove this fall for Homecoming and his 10-year reunion. He said at one point “I’d do anything for Pacific.”

There are many ways to support the university, he noted, including writing a check, being active in alumni organizations, attending events or referring potential students to Pacific. It’s a sense of connection to the school he said he expects to carry forward.

“As a student, Mark went from supreme self-confidence to encountering the standards of academic work in the politics and government major, to learning how to think in more analytical ways,” said Moore, the Politics & Government associate professor. “He left Pacific as an accomplished graduate with the tools to succeed in whatever he chose to do.” ■ 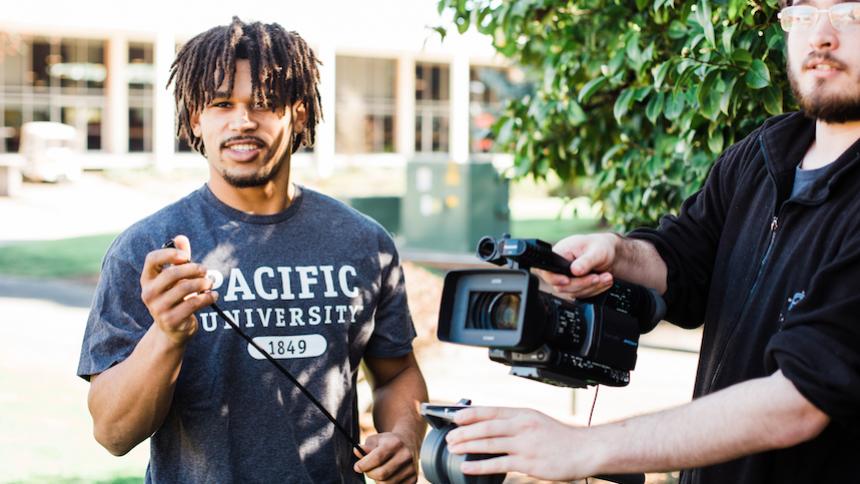 Financial support for internships launch student careers. For Deanté Grinner ’20, first recipient of Pacific University’s Arts & Sciences Endowed Internship Fund Scholarship, the $500 scholarship helped cover his expenses while working as an unpaid intern during the summer of 2019 at a Cornelius-based cinematic grip and lighting firm.