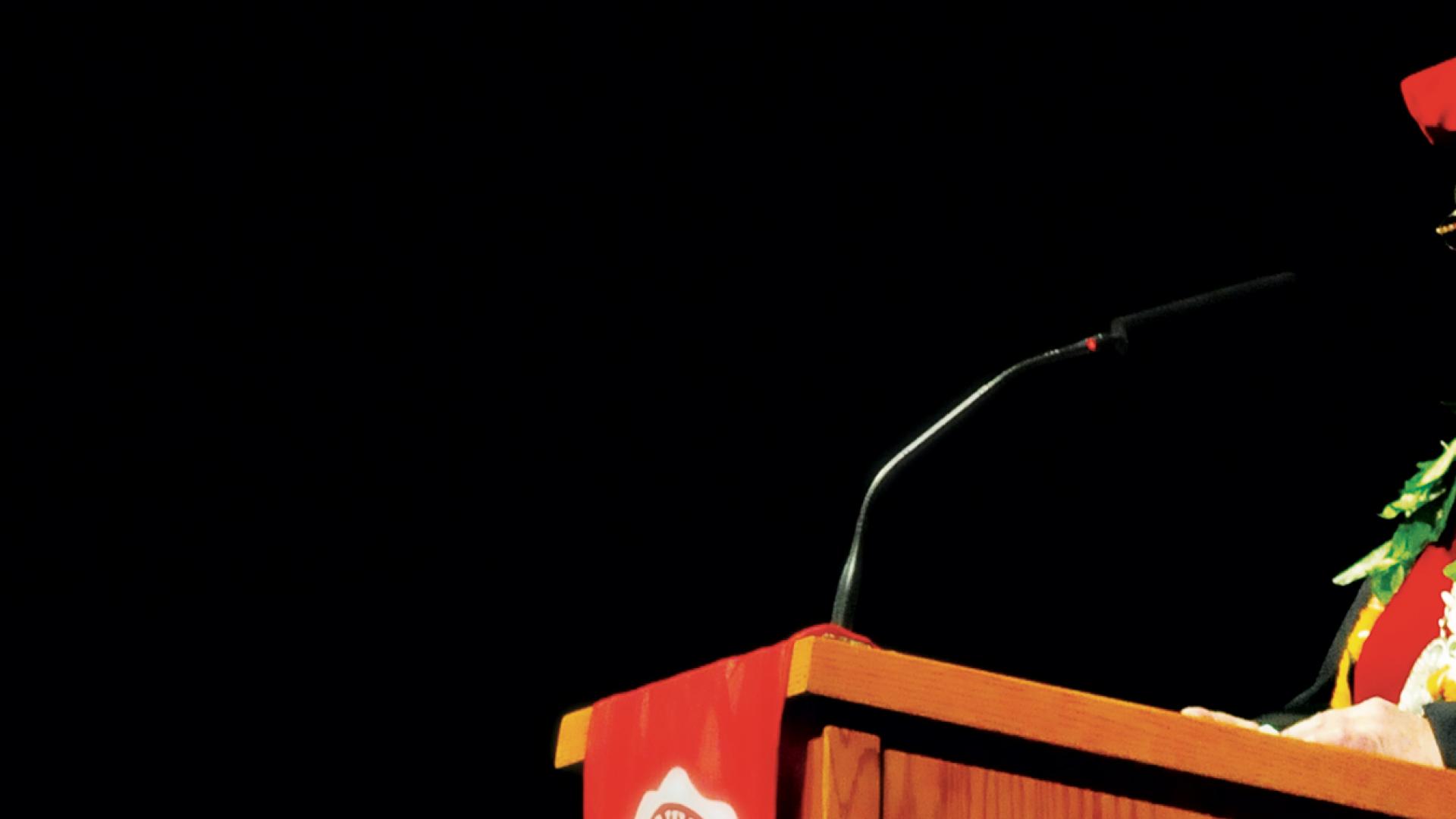 The Inauguration of Dr. Lesley Hallick 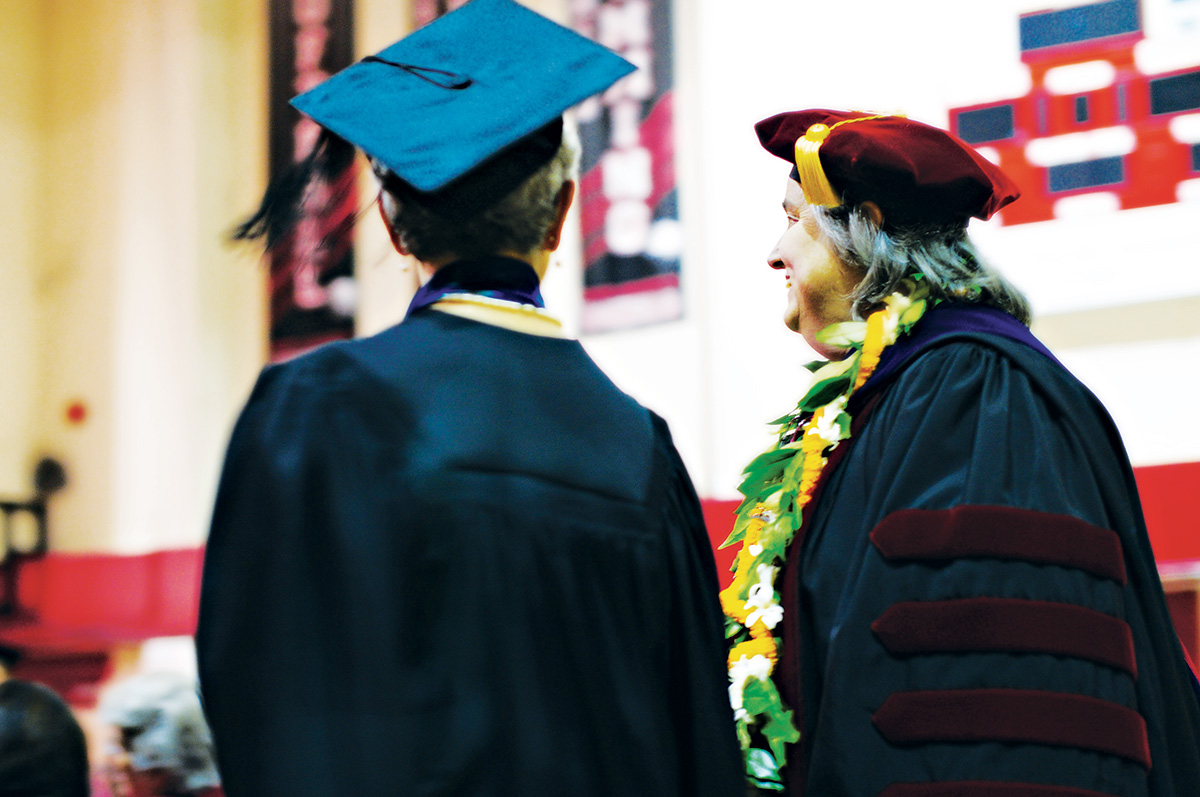 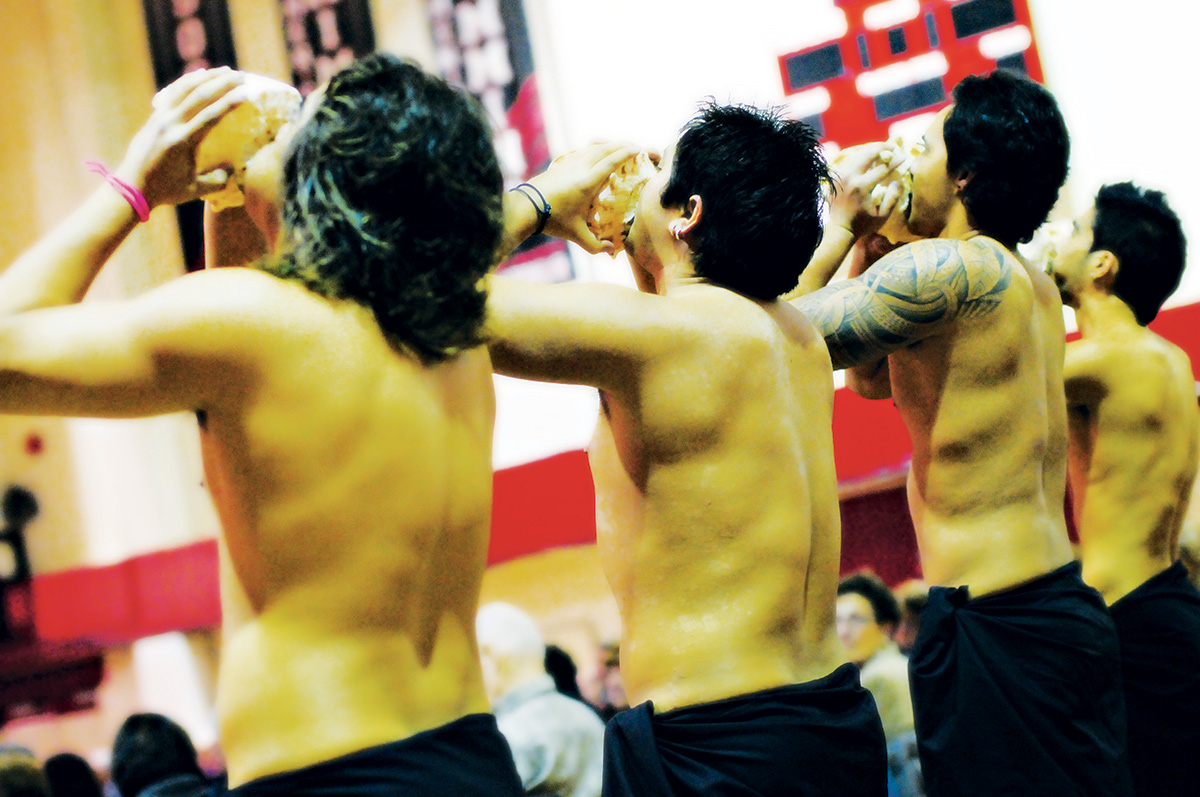 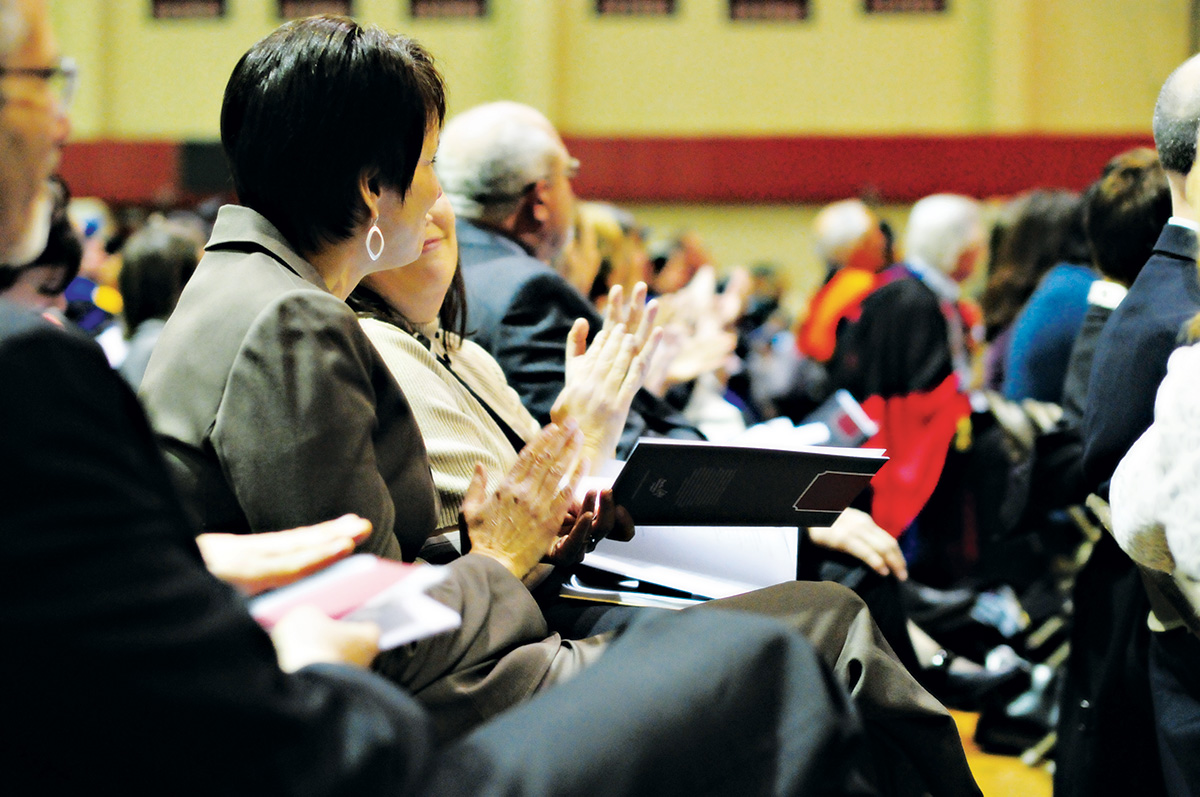 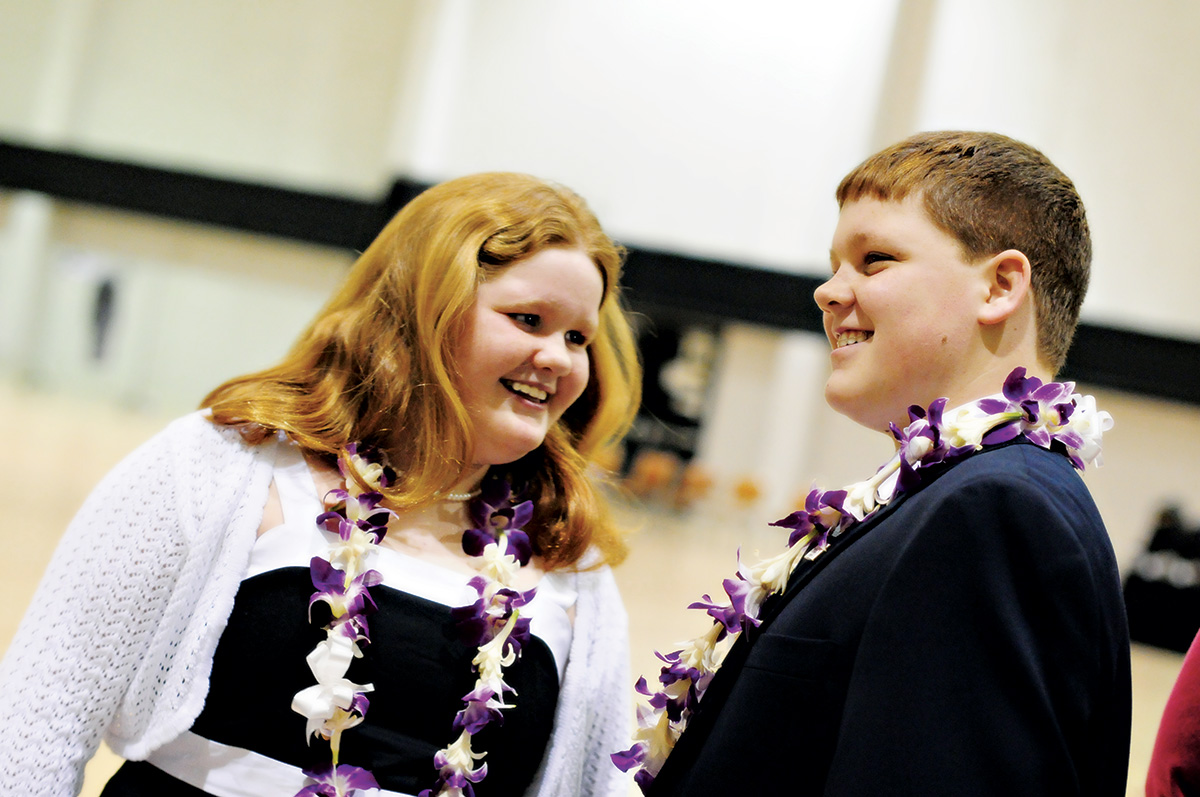 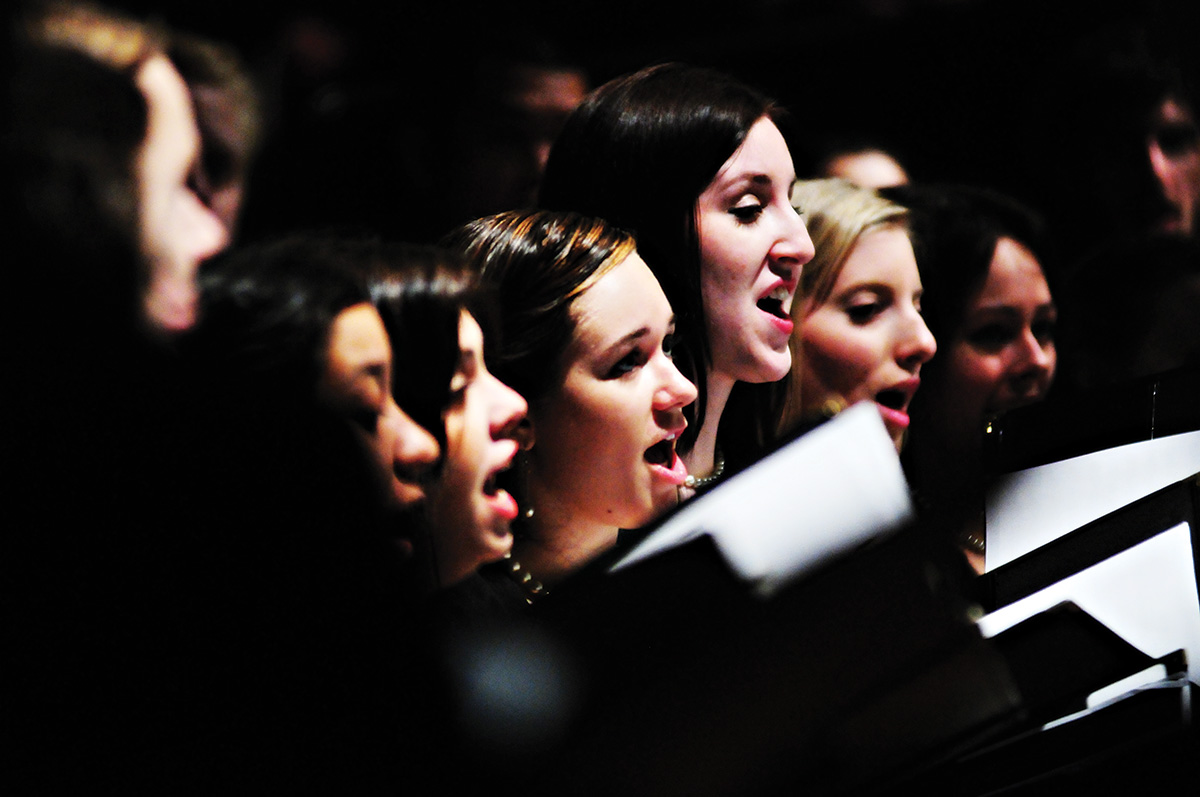 Dr. Hallick speaking with an individual at the inaguration.

Dr. Hallick's grandchildren were present at the ceremony.

After the band had played, and the choral singers had tickled the rafters, after conch shells were blown by the Hawaiian students, the faculty and dignitaries marched in. A smiling President Lesley Hallick, trailing a bit behind as she waved and shook hands, took her place with the platform party just to the left of the podium.

There followed greetings from faculty and staff and students and mayors and ministers and governors and alumni and a joyous Kahiko dance from the Hawaiian students.

Family was represented too, as President Hallick’s grandchildren (pictured opposite page, top right) recalled playing with her on the farm, educational board games about infectious diseases, Spanish Monopoly and wearing Pacific “dragon-dog thing” sweatshirts.

Then, the symbolic passing of robe and hood, the mace and medallion from past presidents and finally, the official installation of and charge to the president by alumna and Board Chair Mindy Cameron ’65.

Lesley M. Hallick, Ph.D. then took her turn. She expressed gratitude to the community and her family, recalling the attempt to interest her late mother in the underlying algebra of the chemical equilibrium equation, whatever that is. She admitted to being “a somewhat reluctant participant” in the pomp and circumstance, but also confessed to warming to the whole thing as “a celebration of Pacific University itself.”

She talked of accomplishments past and accomplishments present and sketched out buildings and programs and initiatives ahead revolving around discovery, sustainability, diversity, excellence and service to the global community.

She smiled broadly again, her black robe flowing and maile lei brushing the president’s medal, and invited everyone to the reception following. It was, after all, a Pacific event. ■

This story first appeared in the Spring 2010 issue of Pacific magazine. For more stories, visit pacificu.edu/magazine.