Life of the Spirit

At the front of the small auditorium, two young women lead the informal chorus, accompanied by young men
on acoustic guitars.

The 20-some members of the Pacific Christian Fellowship will spend this Wednesday evening as they spend most: singing songs of praise, praying together and discussing the Bible.

They’ll get together at other times of the week, too, in men’s and women’s small group meetings, for service projects, and in casual weekend activities. On Sunday, many will attend the neighborhood house church known as Refuge of Christ, which grew out of the student club.

In between, they’ll go to class, eat and gossip about the latest episode of Downton Abbey, like the rest of their peers.

There’s a common perception that faith takes a backseat in the years of late adolescent, particularly for students on college campuses. But that’s not really true, according to research. One seven-year study by UCLA, for example, found that while participation in religious ritual may decline in college, spirituality increases as students look for their place in a larger community.

This past summer, Pacific University opened its Center for Peace & Spirituality, in part to support students in that search.

The role of religion on campus has been a source of debate throughout Pacific’s history. Founded by Congregationalist missionaries, in the tradition of several of the early East Coast universities, Pacific has Christian ties.

But for nearly 100 years, there was debate as to whether the university should be run by the church or independently.

Today, Pacific remains a member of the UCC Higher Education Council but is, for all practical purposes, a secular school — though the UCC’s progressive bent on inclusion and diversity are deeply engrained in Pacific’s mission and values.

Philosophy Professor Dave Boersema, who directs the new Center for Peace & Spirituality, said Pacific is a welcoming place for people of all faiths — but not always an easy place to practice those faiths. 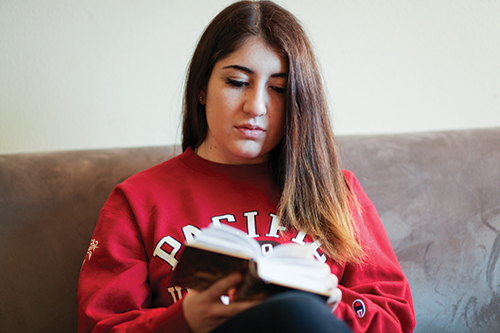 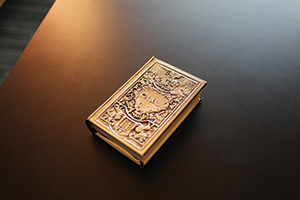 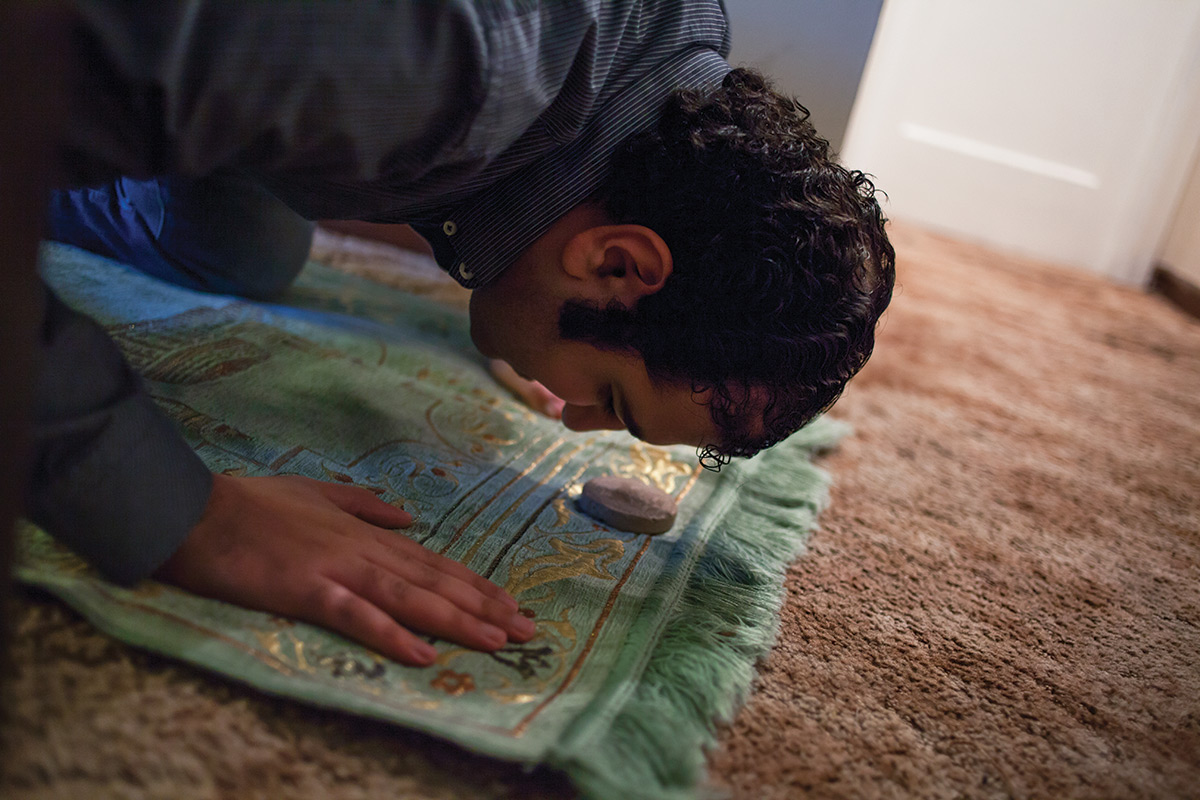 Life of the Spiritview gallery

Part of his mission is to work with students and employees to support their efforts to maintain their spiritual lives at Pacific.

Sarah Dufficy ’14, one of the young women who lead singing at the Pacific Christian Fellowship’s Wednesday Night Live meetings, finds an outlet for her faith in that club.

Dufficy grew up in a Christian household and was always involved in youth groups, but, she said, it was mostly a matter of habit and expectation. She came to Pacific intending to “do my own thing,” she said.

A beginning-of-the-year barbecue sponsored by PFC, though, created a bridge from her childhood faith life to her adult practice.

“I felt connected right away,” she said.

“Just having a community like a family here is a big part, because I am so far away from what I grew up with,” she said. “That atmosphere of family is one thing I’ve enjoyed the last couple years … even though we’re not blood family, we can still have those relationships, that support of people … people who continue helping me learn and challenge myself.”

That’s the kind of community Madeline Lapping ’15 would like to create for herself and her fellow Jewish students at Pacific.

But when she came to Pacific, that part of her life slipped to the background. In her freshman year, she said, she didn’t talk much about her faith. She went to class, joined the Alpha Kappa Delta sorority and got involved with her hall council.

She prayed quietly, admired her brother and friends who managed to eat a kosher diet at college (“I won’t eat pork, but I do love my shrimp,” she confessed) and cooked traditional foods at home, to the joy of her roommates.

More and more, though, she started to feel disconnected from a critical part of her identity.

“I felt for other students who were Jewish like me, we needed family,” she said.

She recently formed a new student group, Hillel, which is connected to a nationwide network of Jewish campus clubs.

She hopes to offer community events to help more people have a better understanding of Judaism — “I was asked many times if I celebrate Thanksgiving,” she said. “I am American.” — and she wants to offer monthly Shabbats, which are end-of-week dinners on Friday nights, involving a ritual lighting of candles, prayer and sharing of a meal.

Right now, though, that’s been a challenge, as she would need access to a kosher kitchen, as well as space where a dozen people could share a meal.

"I was looking to know more Americans, learn from them, not just the schools." – Ahmed Alnasir

Ahmed Alnasir, too, sees a certain lack of spiritual space on campus. He grew up in Saudi Arabia and moved to Texas with his sister. He chose to pursue his computer science degree at Pacific in part because there isn’t a large Arab community here.

“I was looking to know more Americans, learn from them, not just the schools,” he said.

He’s appreciated the exposure to the English language and American lifestyle, and he said most people are very open to his Islamic faith. But, he said, he’s had to adjust, because he can’t complete the prescribed five daily prayer times on campus.

“There is no place for prayer on campus, so I wait until I come home,” where he may complete two or three of the sessions at once in a tiny apartment.

“It was a thing at the beginning, but I had to adjust myself,” he said. “I had no other choice.”

Alnasir takes the adjustment in stride. After all, he said, “(At home), we have Shias and Sunnis who will not hang out with each other. Here, most Americans don’t practice Islam, but they don’t have a problem with me practicing.”

But Boersema adds that Alnasir is not alone, and there are students — and employees — who could make use of even a small, shared space designated for spiritual practice.

“We have space for sports, for music, for the arts. They need to feel (the spiritual) element of their lives is acknowledged and valued.” ■