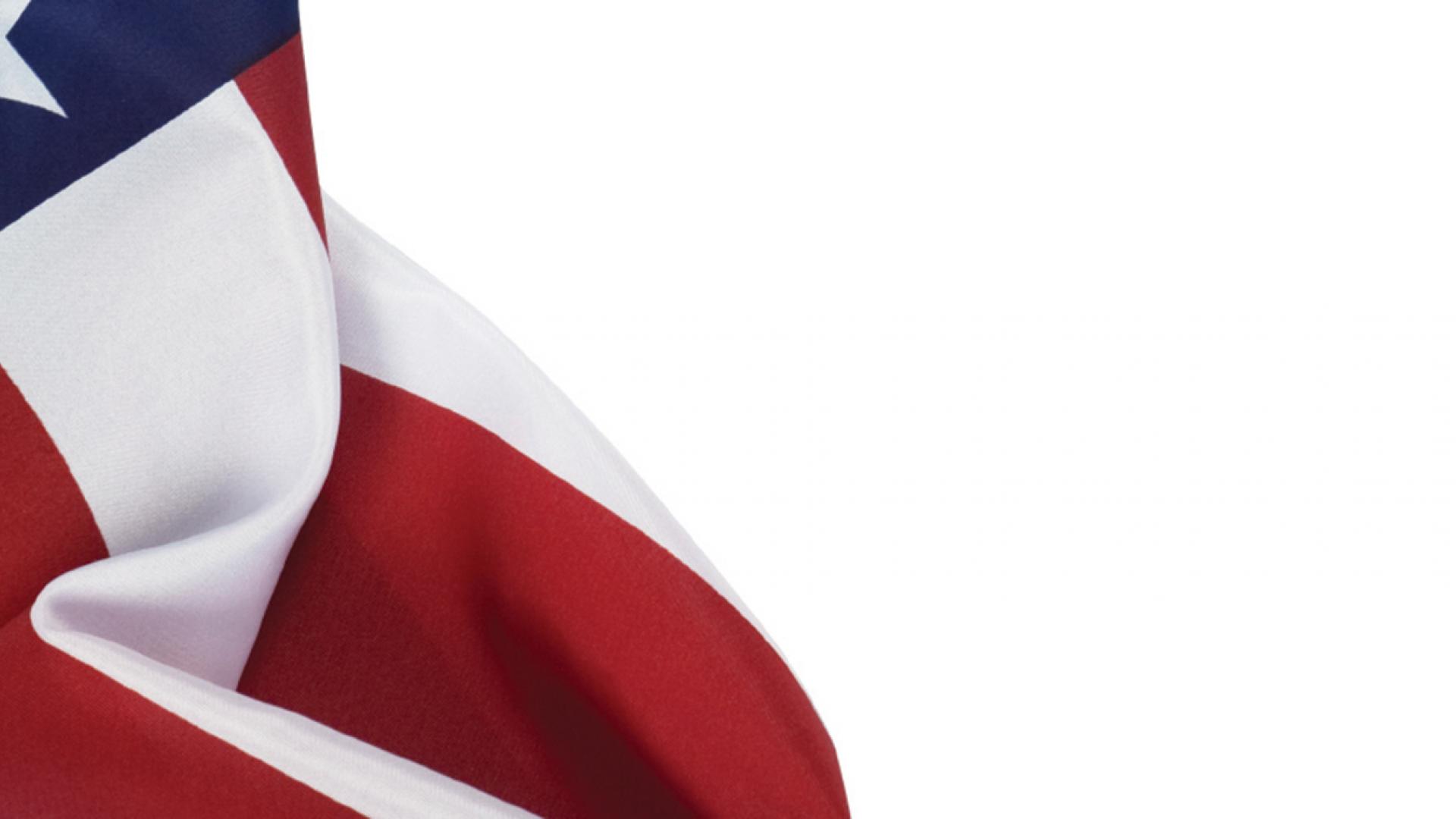 Richard Harman ’13 joined the Armed Forces in the shock and anger that followed the Sept. 11, 2001, terrorist attacks on the United States.

“I wanted to join the Marines because I wanted to make a difference in the world after 9/11. I wanted to feel like I had done my part,” he said.

“When my country called out, I wasn’t going to turn my back.”

Harman was among an 8 percent increase in enlistees in the U.S. Armed Forces in the three years following 9/11. He spent four years on active duty and another four in the reserves after returning to civilian life.

Today, he is a senior at Pacific University — at age 34 — with dreams of pursuing a career in physical therapy.

Nationwide, the number of veterans enrolled in colleges and universities is spiking, aided in part by the Post-9/11 GI Bill. Enacted in August 2009, the bill provides veterans with the most comprehensive education benefit package since the original GI Bill of 1944, according to the U.S. Department of Veterans Affairs.

But the number of veterans today is still nowhere near those of the 1940s, and the men and women returning from service to go to school have been called, by some, one of the invisible minorities on today’s college campuses.

Private schools like Pacific attract fewer veterans than community colleges or state universities. But in 2012-2013, 26 veterans and 36 dependents of military veterans are using Veterans Administration benefits to attend Pacific. Harman is among them.

Harman grew up in the small town of La Feria, Texas, near the Gulf of Mexico and the Mexican border. An active Boy Scout who rose to the rank of Eagle Scout, Harman nevertheless described his childhood as “rough.”

Harman earned an associate’s degree in network information management at a local community college and was completing an internship when 9/11 happened.

His outrage at the attack, combined with a poor job outlook, led him to the Marines.

“Because I was a little older, a little more mature than some of the 18-year-olds that had never been away from home … I was put in a leadership role,” he said.

He became a squad leader in boot camp, then in his platoon during active duty, rising to the rank of corporal.

He was sent to Djibouti, a small country of about 900,000 bordering the Red Sea. There, he worked on the electronics for different missile guidance systems.

After about a year, he was sent back to Camp Lejeune, N.C., where, among other duties, he coached others on shooting skills. He later spent four years in the reserves while working for Micron as a technician in Virginia.

He was planning a move to Oregon’s high-tech region — though he didn’t particularly like his field — when a motorcycle accident landed him in the hospital. After three reconstructive surgeries, he found himself in physical therapy.

"I was going through physical therapy wondering what I was going to do with the rest of my life."
– Richard Harman '13

The attitudes of the physical therapists and aides who worked with him changed his direction in life, he said.

“I was going through physical therapy wondering what I was going to do with the rest of my life,” he said.

“I wasn’t getting any fulfillment … I was going to work every day, not feeling that I was making a difference at all.”

One day, “I realized that the joy I could see on everybody’s faces, of … I don’t want to say just helping people. Everybody says that. There’s more to it than that. There’s true joy in what they were doing.

“They thoroughly enjoyed it. I thought of my life and where I had come from — it was kind of what I was looking for.”

Harman did move to Oregon as planned and worked until he was admitted to Pacific University as an undergraduate. He hopes to eventually enter Pacific’s graduate program in physical therapy.

He’s found something of a niche in Pacific’s outdoor recreation program, Outback, where he says he has found some of the camaraderie he missed after the military. He has been a leader for several Voyages trips since his sophomore year.

Nearly three years ago, he led a five-day backpacking and canoe Voyage to Waldo Lake in the Oregon Cascades for some of the student athletes who came to the university as part of the football program. Although athletic, some of the students were inexperienced in the outdoors and a couple had never been camping.

“We did the best we could to make them comfortable and show them how great the outdoors was,” Harman said. “We got along really well with lots of football talk."

“What’s really cool is the friendships they made in that Voyage. It’s neat to see that, to know that I helped create that. It’s very rewarding.”

Harman also has found leadership opportunities elsewhere on campus, as vice president of the Pre-Physical Therapy Club, on Student Senate and as a transfer student mentor.

He is majoring in exercise science with minors in psychology and outdoor leadership and plans to graduate this spring, though he intends to keep taking classes to improve his GPA and pursue subjects that interest him. He will apply to the School of Physical Therapy next year.

Most veterans receiving education benefits use them, like Harman, to pursue undergraduate degrees, though some choose graduate school.

Paul Bradley, 28, is in his first year of Pacific’s physician assistant studies program.

Bradley, originally from Montana, spent five years in the Navy, joining in 2003. He served as a corpsman in a Navy hospital then became a medical lab technician through a year-long training program. He went on to earn a bachelor’s degree in clinical laboratory sciences online from the University of Cincinnati.

The military, he said, adjusted his schedule to allow him to gain the lab experience required by the program.

He is using Post-9/11 GI Bill benefits, along with Pacific’s Yellow Ribbon Program — a supplement to help veterans afford private institution tuition — to pay for his schooling. In addition, he is benefiting from a new grant recently received by the School of Physician Assistant Studies to train military veterans for careers as physician assistants and to train PAs who will serve rural areas.

“No other school I applied to had the financial aid program that Pacific has,” Bradley said. “It is amazing.”

He is looking forward to the five clinical rotations in rural settings that are part of the new rural healthcare track within the PA program, he said, explaining that in small communities, PAs are the first line of medical care.

Military veterans were, of course, receiving education benefits even before the 2009 Post-9/11 GI Bill.

Marji Burniston ’98, OT ’01 and Carol Rymer O.D. ’92 both had military assistance in earning their educations at Pacific — and both are using their Pacific degrees to serve in healthcare positions in the Army today.

"Once I made the transition back into the civilian world, into the world of a full-time college student, I loved it. I loved every minute of it."
– Marji Burniston '98, OT '01

Burniston joined up in 1983, a year after graduating from high school in Redmond, Ore. She spent 13 years as an Army mechanic, serving in Germany and Korea, as well as on domestic bases.

At the time, she said, the military was just a way to escape living paycheck to paycheck in a small town.

“I knew the Army was only a stepping stone for me, a secure fun place of employment until I figured out what I wanted to be when I grow up,” she said.

After 13 years, she left the military and came to Pacific, earning her bachelor’s degree in psychology, at age 35, then a master’s degree in occupational therapy.

“Once I made the transition back into the civilian world, into the world of a full-time college student, I loved it. I loved every minute of it,” she said.

She worked in the private sector for five years before re-joining the Army.

“Wow, Army life was very different from that I knew 10 years before,” she said.

She is the occupational therapy clinic chief at Moncrief Army Community Hospital at Fort Jackson, S.C. However, she is due to deploy to Afghanistan this spring for a nine-month tour of duty, likely at the Concussion Care Center, where she would work with soldiers who have sustained mild to moderate traumatic brain injuries.

“We rotate into various positions which may require us to specialize in that role,” she said. “We find ourselves constantly treating ‘outside the box,’ creating very specific treatment plans and interventions to a very specific need.”

“We have treated amazing injuries, illnesses and mental health conditions that are not typical nor common to the civilian patients seen outside the Army.”

Carol Rymer, meanwhile, joined the Army after her first year of optometry school at Pacific, when military scholarships for optometry students were suddenly reactivated in 1988. The scholarships would supply money for tuition, living expenses, books and more, provided she spend three years on active duty.

“It was a fantastic opportunity and program,” she said.

She was on active duty for six weeks each year while in school, allowing her to look at different kinds of optometric practices — and to discover that she especially enjoys hospital-based optometry.

In her more than 20 years with the Army, she has served in Colorado, Texas, Pennsylvania, Oklahoma, Hawai‘i, North Carolina, and overseas in Korea. Currently, she is at Brooke Army Medical Center in San Antonio, as the southern regional medical optometric consultant and the chief of optometry services.

She also is something of a pioneer: Two years ago, she became the first woman optometrist to earn the rank of “full bird” colonel in the Army.

“I feel really lucky and honored by the recognition. It is a humbling experience,” she said — one made possible by the opportunities she found along her path, all the way back to the scholarship that got her started.

“I had really good opportunities along the way. I took advantage of challenging jobs that came along the way, put my best effort into the responsibilities and was able to work on and complete some very big projects,” she said.

“When they threw opportunities my way, I took them on.” ■