The results are in, and Pacific’s first Athletic Giving Days was a homerun, a touchdown, and a winning 3-pointer at the buzzer, all rolled into one! 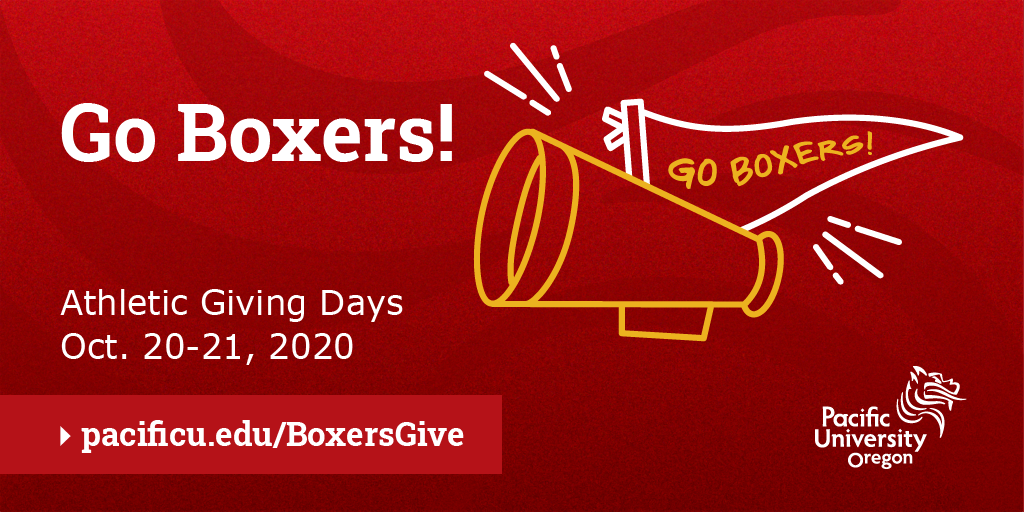 Pacific fans came together Oct. 20-21 for the university’s first athletics-specific giving challenge and showed tremendous support for our student-athletes, the Athletic Department and all of Pacific’s sports teams and clubs. Parents and grandparents especially stepped up to the plate with their support for Pacific athletics.

Heading in to Athletic Giving Days, our goal was to receive support from 250 donors – a goal that was met 3 hours into the 36-hour giving drive. Within half a day, the Boxer Community had raised $50,000 for Pacific athletic programs and showed no signs of slowing down.

When Athletic Giving Days wrapped up at 8 p.m. on the second day, 841 donors had given more than $115,000 in support of Pacific’s student-athletes and the Athletic Department.

“I cannot tell you how thankful I am for the overwhelming support that was put on display in this campaign,” Keith Buckley, director of Athletics, said in a video posted on the campaign website. “Our student-athletes, coaches and staff truly appreciate all of the parents, alumni, staff and friends that showed their Boxer pride in this inaugural event. Pacific athletics is better today than it was yesterday and that is because the Boxer Nation showed up in supporting the student-athlete experience.”