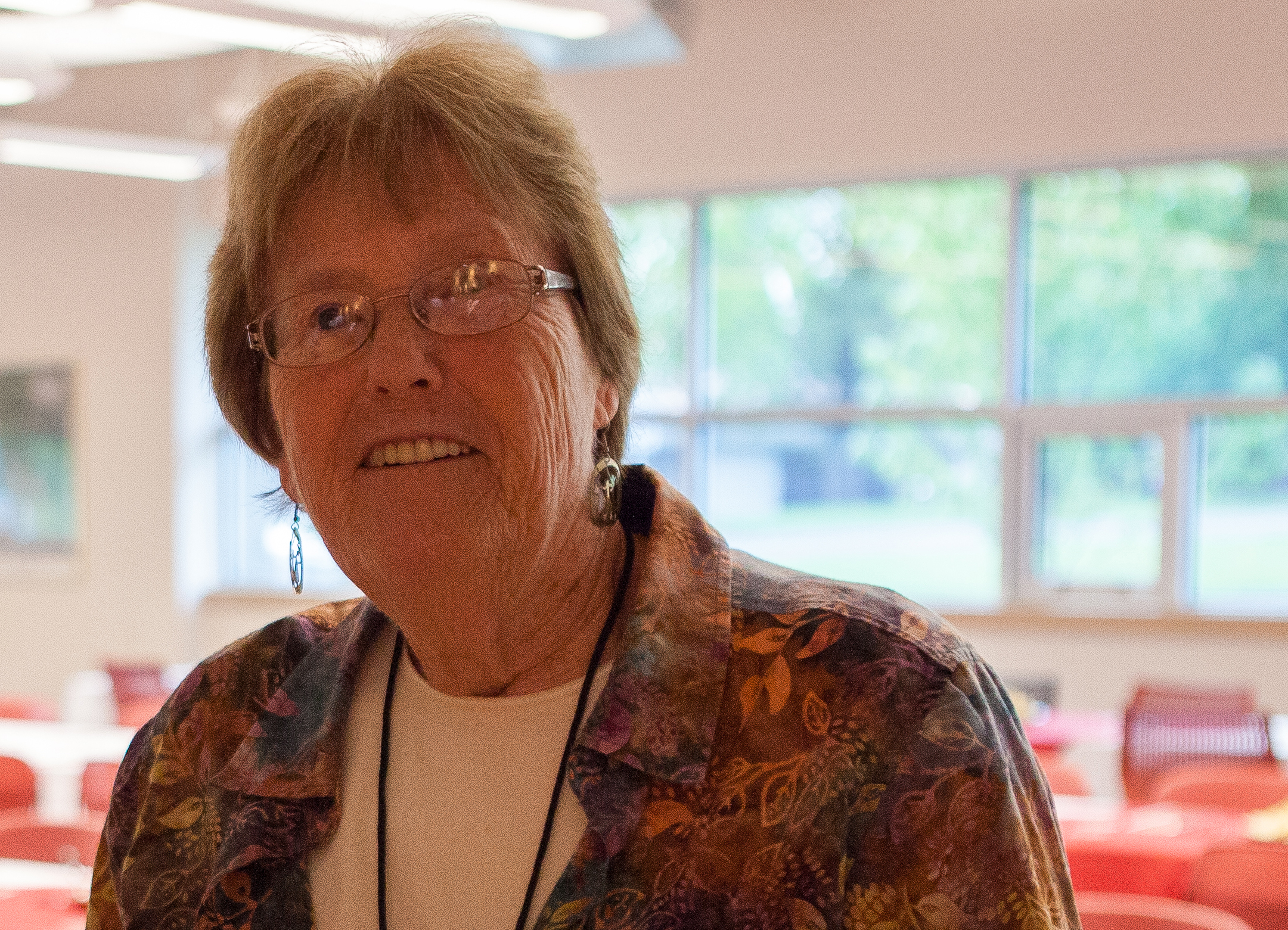 It takes about five minutes with Judy Sherman to see how much she means to students, staff and others whose lives she’s touched.

“Hello! How are you?” she asks softball coach Liz Yandall, passing by her chair in the Stoller Center at Pacific University. Yandall’s face lights up.

She leans over and gives Sherman a hug. “Looking forward to tomorrow,” she says.

Tomorrow, in this case, is Saturday, Sept. 8, the day of Pacific’s first home football game. Amid the hoopla of opening a new season, the school is honoring Sherman for her 50-year association with Pacific. She’ll participate in the coin toss and be honored at halftime.

She’s not retiring — at 76, she continues to share game management duties, or as she puts it, to act as “a glorified bouncer.” But her friends and colleagues are eager to mark the milestone.

Just across the hall from where Sherman is sitting is her plaque on the Athletics hall of honor. It takes a couple of minutes to read.

Athletics have defined her life, from her days as a multisport athlete at Forest Grove High School to Oregon State University, where she briefly held a high jump record. But softball is where she made her reputation, and the teams she coached at Pacific hold a special place in her memory.

One of her favorites was the softball team that was the first to reach the NAIA national tournament. It came as a surprise to some when Pacific eliminated a powerful Eastern Washington University team in the regional tournament in Portland. Nobody had planned for the team to travel to the nationals, which were to be held in Grand Rapids, Mich.

“We won on Saturday, and we needed to leave the next weekend,” she recalls. “Nobody had thought about it. Nobody had any idea about how to pay for it.”

So Sherman and the team went to work. They put on pitching and hitting clinics, they raked leaves, they solicited and received contributions from local businesses, the Rotary Club and some other departments at Pacific. They succeeded in raising $10,000 that week, enough to send the team to Michigan, where it finished fourth, she says.

Sherman is quick to credit a string of assistants and fellow coaches, as well as all the student-athletes who have passed through Pacific’s athletic programs over the last 50 years. She says she loved coaching Boxer athletes — people who, she says, aren’t likely to turn professional, but who have a passion for athletic competition. She loves to see people she knew return to campus as confident, accomplished adults.

Saturday, Sept. 8 is her day in the sun. She says she is grateful to Pacific’s people for her long association with the school. She has more time now for her grandchildren, her extensive garden and for travel. But she looks forward to her coming weekends at Pacific, where she expects to resume her game management duties.

“It’s good to be Judy Sherman,” she says.

And five decades of students, coaches and staffers think it’s been good to have Judy Sherman around.