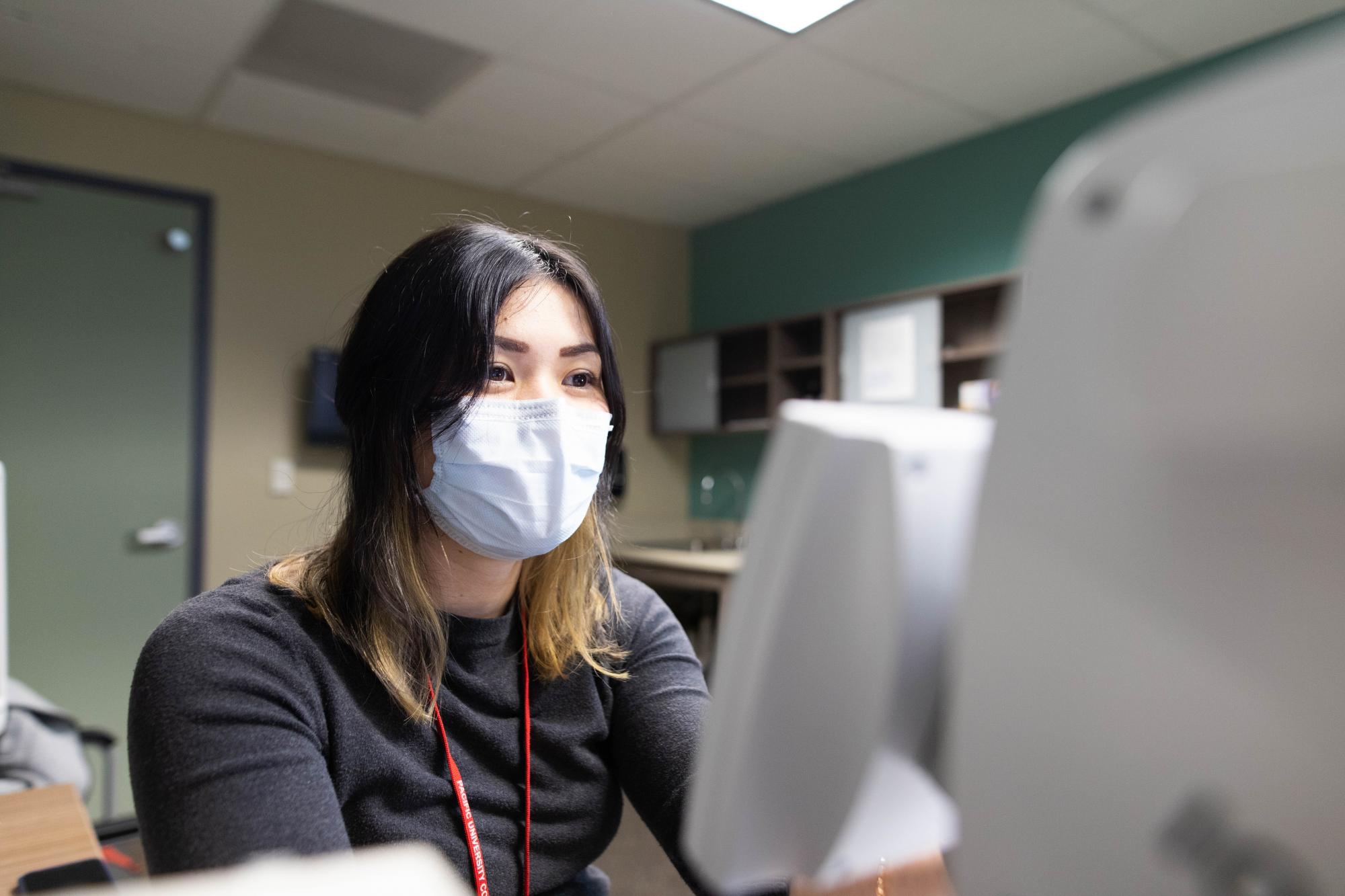 Researchers in Pacific University’s College of Optometry believe they are getting closer to understanding how to alter the elongation that occurs in the eyes of many children. As a result, they think they’re getting close to developing a protocol to slow the progression of myopia — nearsightedness.

This would be a huge boon, as the worldwide incidence of myopia has skyrocketed, more or less in synchronization with the increase in children’s time in front of electronic screens and diminishing time spent outdoors. It’s important for eye care specialists to understand the causes and management of childhood myopia, because the condition can lead to far more serious problems for adults, including cataracts, detached retinas and glaucoma.

“You can see why we’re so fired up about this,” said Patrick Caroline, an associate professor in the College of Optometry and leader of the university’s myopia initiative. “For more than 600 years, optometry has done an unbelievable job of correcting visual disorders like myopia. Now is the first time we’re actually making some progress in slowing down the elongation of the eye that results in myopia.”

The foundation is named for Newton K. Wesley, credited as a cofounder of the College of Optometry, even though he never attended Pacific. Dr. Wesley graduated from North Pacific College of Optometry in 1939 and purchased it with colleagues in 1940. He taught briefly before being forced into an internment camp in 1942. He advocated for the sale of the college to Pacific in 1945.

Read more about the remarkable story of Newton Wesley.

Wesley went on to graduate from a college in Indiana, then became a pioneer in the development of contact lenses and cofounder of Wesley-Jessen Inc., the leading company in the field. In the 1960s and ‘70s, Wesley-Jessen was one of the leading producers of contact lenses in the world. The company was later acquired by industry giant, Alcon. Wesley was “obsessed” with the idea of controlling myopia, Caroline said.

“It’s an amazing story,” said Optometry Professor Matthew Lampa ‘03, OD ‘06, who, along with Caroline and Assistant Professor Mari Fujimoto OD ‘19, is leading the Wesley-funded initiative. They and their students are designing studies, managing young patients and analyzing data to further the understanding of what mechanisms cause myopia to occur and progress.

Thousands of researchers around the world are studying myopia’s causes and treatments, from the use of atropine drops to rigid contact lenses. Caroline likens the project to a 16,000-piece jigsaw puzzle, where teams of researchers focus on a small area of the larger picture. Pacific’s researchers are focusing on refinements in the field of orthokeratology, the use of specialty designed contact lenses to reshape a portion of the eyes to deliver unique myopia-controlling optics.

The management of myopia is challenging because the period of myopia onset and progression ranges from around age 6 to 16 years old. Parents and caregivers must be diligent about diagnosing and managing myopia, because children don’t have the luxury of time to figure out how to treat their nearsightedness.

“Today, we know the myopia intervention strategies have been working,” said Caroline, “but now we have to figure out what the biochemical and optical mechanisms are to make myopia control universally effective.”

About 20 years ago, optometrists found that a class of contact lenses could slow or even stop the elongation — axial growth, as optometrists put it — of children’s eyes. This became known as orthokeratology, a specialized form of optometry in which patients typically wore lenses overnight, allowing the lenses to gently flatten the center of the cornea, changing the angle at which light enters the eye. It was a way to correct the condition of nearsightedness without surgery or the daytime use of corrective lenses, akin to wearing braces to correct misaligned teeth. 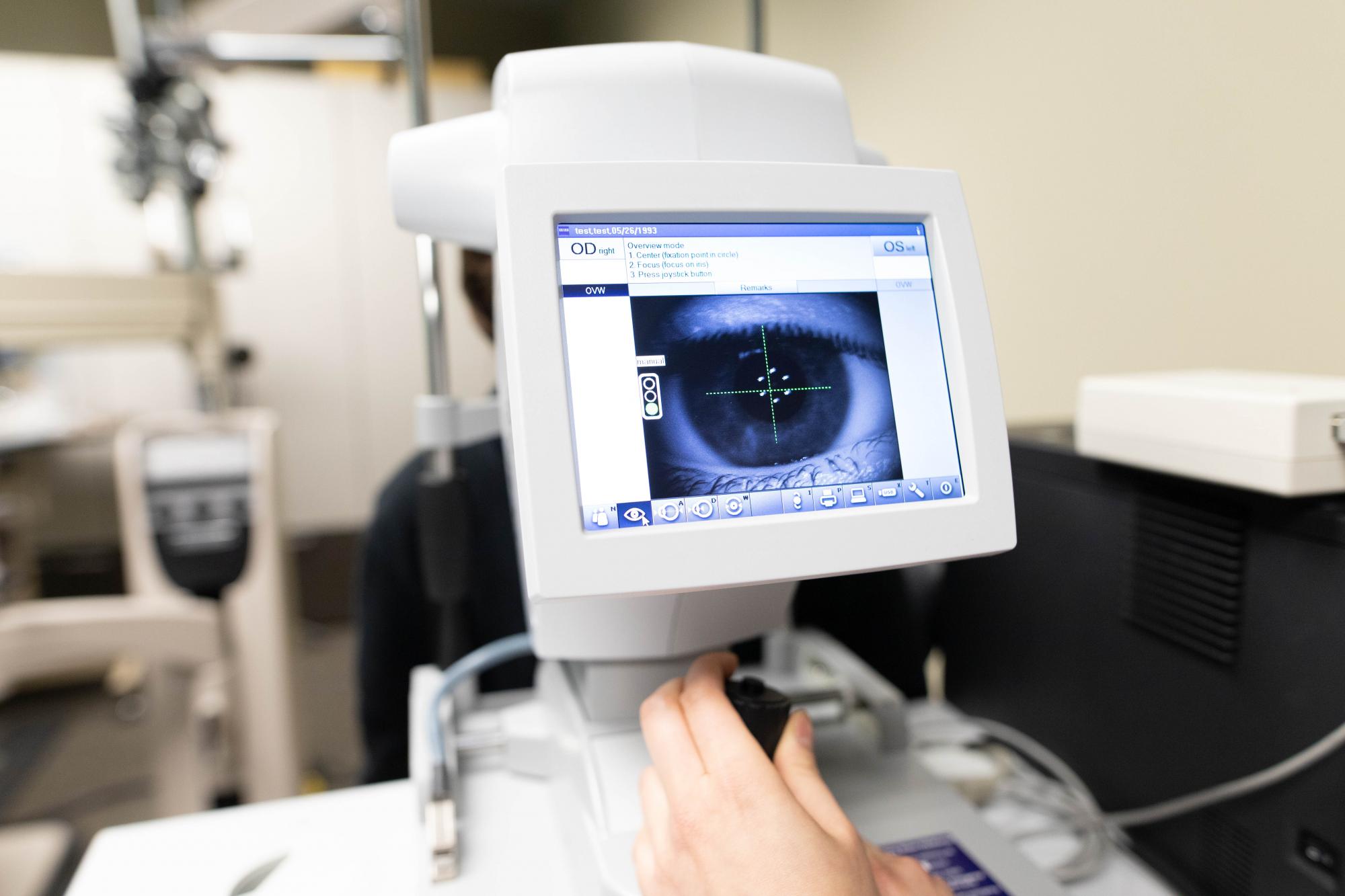 Researchers who contribute to the understanding of orthokeratology for myopia control are contributing to improvements in lens design, said Lampa. The work is incredibly precise — carried out on a micron scale, with refinements many times narrower than a human hair.

Until recently, much of the optometric research into ways to prevent elongation was off-label — or using approved treatments in novel ways, said Lampa. But two years ago, the federal Food and Drug Administration approved a CooperVision soft contact lens called MiSight specifically to slow the progression of myopia in children. That gave an official imprimatur to the work optometrists have been conducting for years.

One thing optometrists have learned is that one size doesn’t fit all in the field of myopia control. “It’s very unique to each child,” said Fujimoto. “There’s not one correct way to do it, because each child has different environmental and genetic factors that may cause the onset and progression of myopia.”

With the grant from the Wesley Foundation, Pacific’s researchers hope to begin to understand the “why” of myopia control.

“Once you know how something works in medicine,” Caroline said, “then you can really make leaps and bounds of changes.”

Pacific’s myopia team is at the beginning of the grant-funded project, said Caroline. With the backing of the grant, which funds equipment and other research-related items, “now we really feel we can get some real momentum,” he said.