For Scott Pike ’68, OD ‘70, it started almost as a fluke; a one-off favor for a man in Guatemala whose uncorrected vision was funneling him into a life that would become more and more limited. Their chance meeting would eventually lead Pike to form a nonprofit, providing vision care and healthcare worker training in the country’s Ixcán region.

Thanks to that commitment to care, Pike will receive Pacific University’s 2020 Outstanding Alumni Award.

In 1996, Pike paid a visit to a friend in Ixcán, where he met Pedro Chom, who was being interviewed for a history project. It was immediately apparent to Pike that Chom’s life would change for the worse, simply because he needed reading glasses and there was no easy way in Ixcán to get them.

When Pike got home to Portland, he set about crafting a pair of glasses for Chom.

“They didn’t have the ability to get things that are so simple for us,” Pike said in a Zoom interview from his Hillsboro home. “Down there, you realize how life-changing a pair of glasses can be.”

Moved by Chom’s plight, which he knew represented that of many of his fellow Guatemalan citizens, Pike started arranging to return to the region regularly, settling into a routine of making two visits a year, usually in February and August. The February trips were mainly for the training of eye health promoters. He led the August trips under the banner of Amigos Eye Care, taking a delegation of Pacific University optometry students. They’ve been going to Ixcán every year since 2003 — until this year, when the novel coronavirus stalled their travel plans. Pike hopes to return again in February and to resume taking students next summer.

In 2006, Pike formed a nonprofit called Enfoque Ixcán to provide eye care in the remote region, separated from the capital city by 10 to 12 hours by bus. In 2016, in conjunction with a Guatemala City-based opthamology clinic, it became a nonprofit in Guatemala.

Today the nonprofit employs three Guatemalan eye health promoters who provide basic eye care year round. As of late May, Pike said, the eye health promoters, along with Amigos Eye Care, had examined the eyes of almost 20,000 Guatemalan people, provided 9,200 pairs of eyeglasses, and funded more than 800 surgeries, which were performed first in Guatemala City and later, in northern Guatemala. 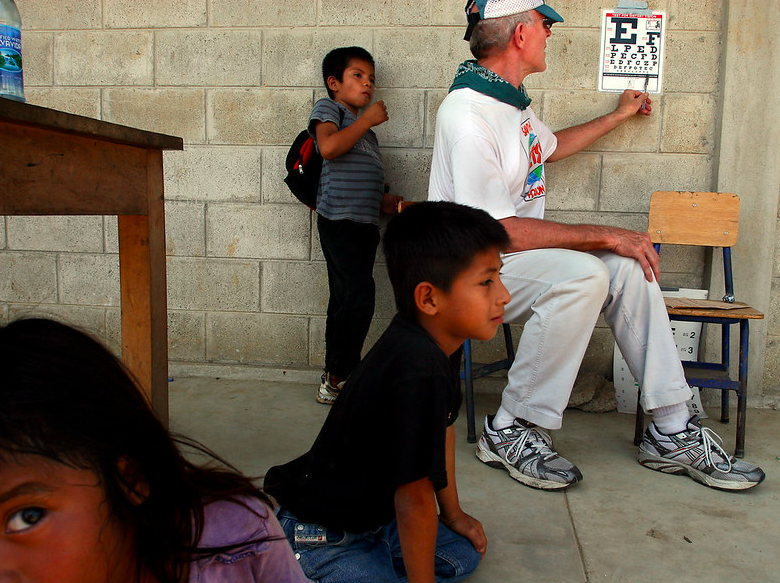 For most of those people, it was vision care they likely never would have gotten otherwise. It was natural for residents of the region to develop vision problems — problems that are correctible in the United States — and, as they aged, become disabled, even blind. The first local people who agreed to submit to cataract surgery, an unheard-of procedure there, were very brave, Pike said. And they paved the way for many others to undergo life-changing corrective surgeries, too.

Further, and more important, Enfoque Ixcán has trained local people to provide eye care, not only providing direct assistance to patients, but also raising the sights of a population that never would have considered a career in vision care. Enfoque Ixcán, accompanied by other on-the-ground efforts to provide scholarships and educational assistance, is helping to lift an entire generation of people to a higher standard of living.

One of those whose life was altered is Natividád, Chom’s daughter. Pike met her on his first group trip, and then again five years later when she accompanied her father on a trip to Guatemala City for the first round of cataract surgeries. She decided on that trip to become a doctor, Pike said. Today, she is about to graduate with an M.D., on her way to a career as an opthamologist.

From a chance encounter to an enduring mission, Pike said he never imagined when he was a younger man that his life would take such a turn. When he first went to Guatemala, he was in his 50’s, and he had practiced optometry in California, Oregon and Montana. “I moved around a lot,” he said.

But the work in Guatemala rooted him in two places — Forest Grove and Ixcán. He has taught at Pacific’s College of Optometry since 1994, although, finally, he said this spring, “I think I’m retired.” Still, he plans to continue accompanying students to Guatemala, even as he slowly steps away from active leadership of the nonprofit. He recognizes it’s time for others to take the lead in sustaining and expanding Enfoque Ixcán’s work.

When he surveys the arc that took him from a conventional professional career in the United States, to a continuing presence in a remote part of Guatemala, Pike said he dwells on the words of Joseph Campbell, who was quoted in a posthumous collection as saying: “We must be willing to let go of the life we have planned, so as to accept the one that is waiting for us.”

“That’s pretty much on the money for me,” Pike said.■ 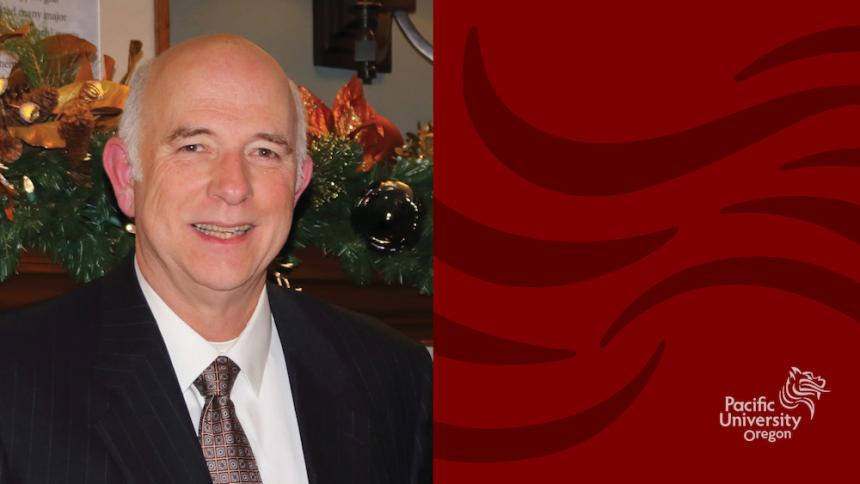 Matthew Meyer '75, who was named the 2020 recipient of the Alumni Association's David and Sandy Lowe Outstanding Service Award, is a volunteer by nature. 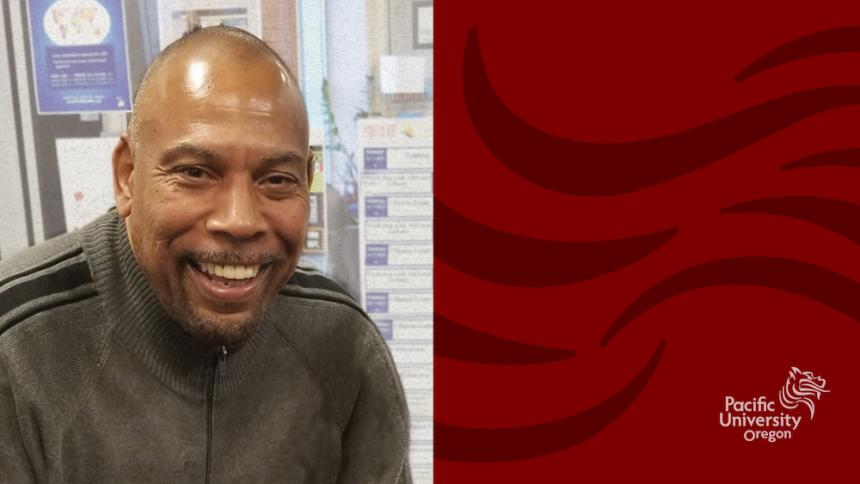 As a coach, teacher, mentor and father, Dennis Carline '79, MST '88 has made a profound difference in the lives of underserved kids. 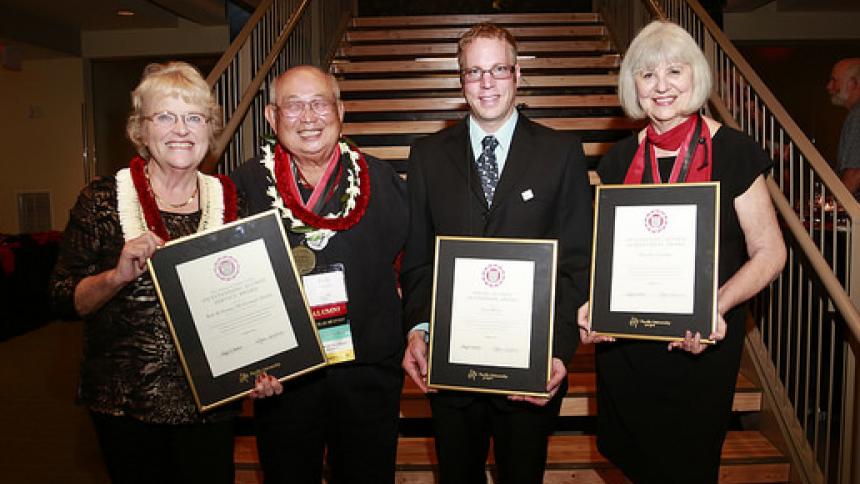 The Alumni Association Board of Representatives recognizes alumni with a variety of awards.