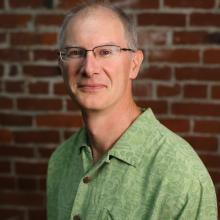 Bachelor of Arts in Chemistry, Carleton College, Northfield, Minn., in 1985

I am an inorganic chemist with interests in catalysis and bioinorganic chemistry, trying to understand how the local chemical environment affects selectivity and reactivity of metal centers. Earlier, I studied the role of manganese in biological systems and nitrogen fixing enzymes. Later at Los Alamos National Laboratory, I worked on the environmental restoration of lead and uranium contaminated soils.

Employees recognized for outstanding work, dedication to students and years of service.

From the Office of President Lesley Hallick

Post-Board of Trustees meeting communications, including our 2015-2016 budget and investment strategies.