At Pacific University, all faculty teach a variety of different courses. We do not use graduate teaching assistants, which means that your classes will be taught by professors and that you will have plenty of opportunities to get to know the faculty in your discipline.

Professor Boykoff teaches courses and carries out research on U.S. politics, the politics of sports, mass-media politics, social movements, the suppression of dissent, and environmental politics.

Master of Arts in Teaching with specialization in English and Spanish, Lewis & Clark College, Portland, Ore., in 1998

Bachelor of Arts in Political Science, University of Portland, Portland, Ore., in 1993

NOlympians: Inside the Fight Against Capitalist Mega-Sports in Los Angeles, Tokyo, and Beyond (Fernwood Publishing, 2020).

Power Games: A Political History of the Olympics (Verso, 2016)

Activism and the Olympics: Dissent at the Games in Vancouver and London (Rutgers University Press, 2014)

Beyond Bullets: The Suppression of Dissent in the United States (AK Press, 2007)

The Suppression of Dissent: How the State and Mass Media Squelch US American Social Movements (Routledge, 2006)

"A Tale of Two Twitterstorms: The NFL, Donald Trump, and Digital Populism," in Populism and the Sport and Leisure Spectacle: Studies in Sport, Leisure, and Popular Culture, Alan Tomlinson, and Bryan Clift (eds.) (London: Routledge, 2021), 202-219.

"The Political History of the Olympics and the Human Rights Thicket," Keynote lecture at the University of Connecticut Law School Symposium "Behind the Games: The Effect of the Olympics on Host Cities," April 2019.

"Anti-Olympics Activism: Protest, Politics, and the Path Ahead," Play the Game Conference, Eindhoven, the Netherlands, November 2017.

"US and UK Media Coverage of the Sochi 2014 Winter Olympics," (with Matthew Yasuoka) North American Society for the Sociology of Sport, Portland, November 2014.

"Tokyo Is Learning that the Only Force Stronger than a Pandemic Is the Olympics," Washington Post, 27 May 2021.

"A Sports Event Shouldn't Be a Superspreader. Cancel the Olympics," New York Times (11 May 2021).

"Tokyo Olympics Head Yoshiro Mori Called Out by Naomi Osaka and Others for Sexism. He Must Go," NBC News Think (10 February 2021).

"A Soccer Game Becomes an Antifascist Demonstration in Portland," (with Dave Zirin) The Nation (26 August 2019).

"These Women Have Lost Their Homes to the Olympics in Tokyo—Twice," (with Dave Zirin) The Nation (23 July 2019).

"Winter Olympics 2018: The Latest Battleground between Athletes and Trump?" (with Ben Carrington) The Guardian, 10 January 2018.

"The Russia Doping Ban Is a Big Black Mark for the Olympics—No Matter What Russia Does Next," Quartz, 6 December 2017.

"LA Is about to Discover that Democracy and the Olympics Don't Mix," The Guardian, 13 September 2017.

"The Currency of the Olympics Is Often Just Currency," Los Angeles Times, 12 September 2017.

"Olympic Process Should Be on L.A.'s Timeline, Not the IOC's, to Determine If the Deal Is Good," Los Angeles Times, 10 August 2017.

“After the World Cup Final, This Is How to Stop FIFA from Being Such a Parasite,” (with Alan Tomlinson) The Guardian (13 July 2014).

Democracy Now! with Amy Goodman and Nermeen Shaikh (28 May 2021). On Tokyo Olympics.

CNN Newsroom with Rosemary Church (20 May 2021). On Tokyo Olympics.

National Public Radio with Anthony Kuhn (14 May 2021). On Tokyo Olympics.

CNN New Day with John Berman and Brianna Keilar (14 May 2021). On Tokyo Olympics.

Business Daily on the BBC (3 July 2014). On the World Cup, FIFA, and corporate sponsors.

Straight Talk on KGW (22 February 2014). On the policies and politics of the Olympic Games.

He's also a sports aficionado. He played college soccer at the University of Portland under legendary coach Clive Charles. He also represented the U.S. Olympic Team (U-23 National Team) in international competition and played professional soccer for the Portland Pride, Minnesota Thunder, and Milwaukee Wave. More information at www.julesboykoff.org 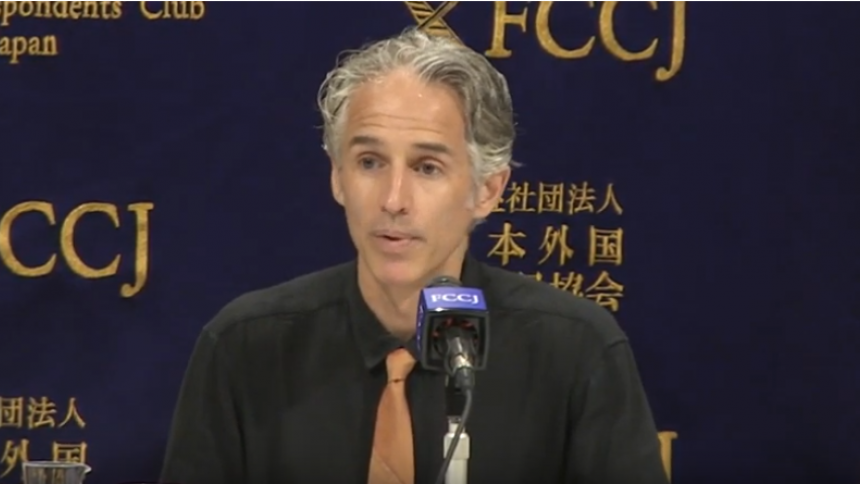 Pacific University Politics and Government Department Chair and Professor Jules Boykoff is a go-to voice of skepticism about the Games, and a particular critic of the choice to award them to Beijing. He offers an overview about these Olympics. 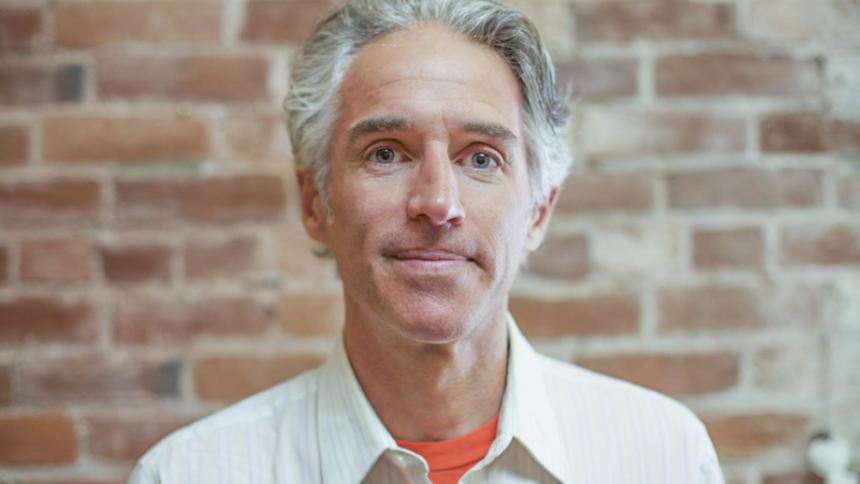 Throughout the controversy over the Tokyo Games, Boykoff has been everywhere. Just this year, he has been cited or interviewed by the BBC, Reuters, the Sydney Morning Herald, the New York Times, NBC, Bloomberg, Time Magazine, the Voice of America, the Washington Post, CNBC, the Irish Times — in short, by every outlet looking for informed criticism of the Olympics. 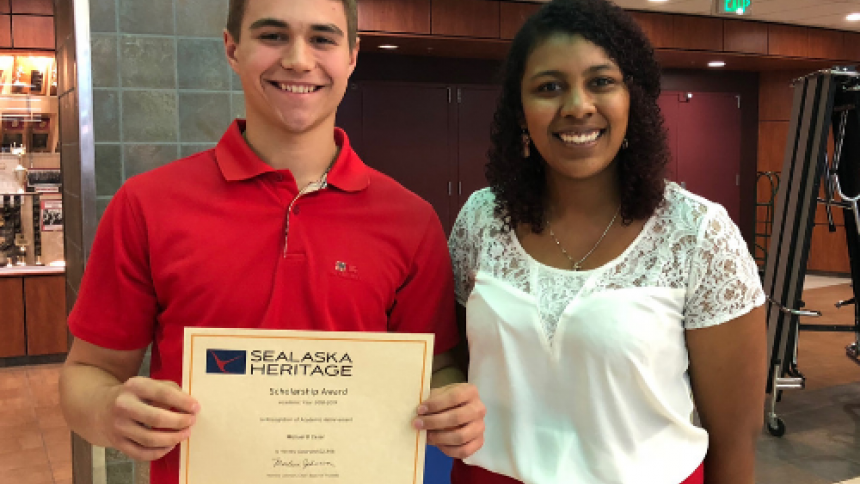 Nicole George '16 is working to perpetuate and enhance the cultures of the Tlingit, Haida and Tsimshian people of southeast Alaska. 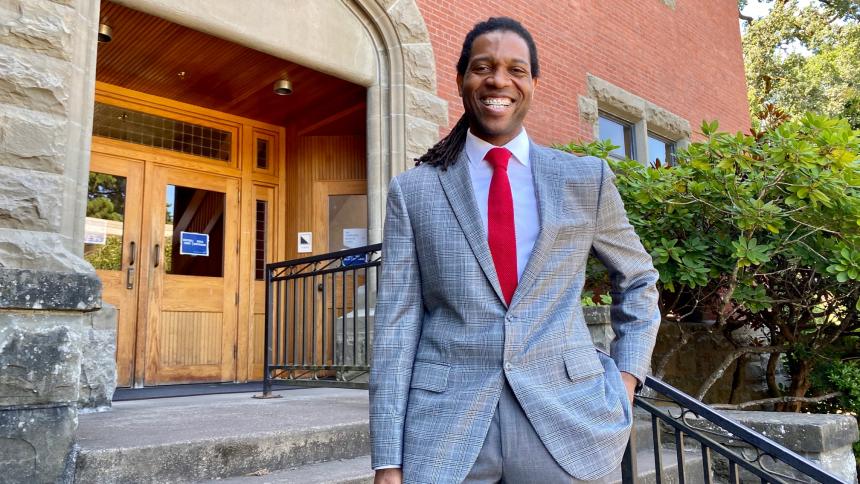 Paul Snell and Jules Boykoff, colleagues in Pacific's Politics and Government Department, have emerged as important voices as protests for racial and social justice rivet the country.

Jules Boykoff, professor of politics and government, wrote an article about the Portland homelessness crisis on commondreams.org.