Pacific University Audiology Professor and SIMLab Director David Brown was elected as a Fellow by the American Speech-Language-Hearing Association (ASHA). He holds a master’s in audiology from Western Washington University and a doctor of philosophy in auditory neuroscience from the University of Calgary. 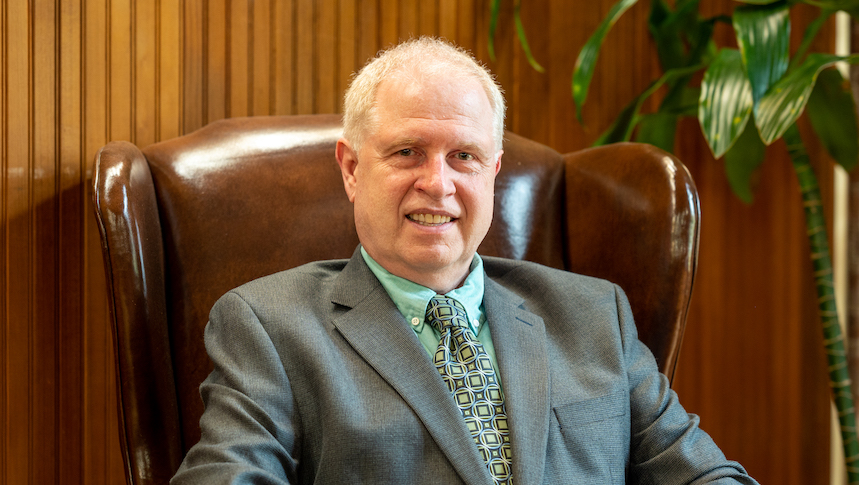 “Fellowship is one of the highest forms of recognition given by ASHA of an individual’s  accomplishments and is a public declaration of your outstanding professional achievements,” the association wrote in its July announcement.

“That’s what happens in life. Everything changes, develops and grows,” Brown said.

Originally from Vancouver, Canada, Brown began his career in 1984 as an audiologist at a pediatric hospital in Toronto, Ontario, with an interest in newborn hearing screening and pediatric audiologic evaluations. He also specialized in otoacoustic emissions and auditory brainstem response diagnostics.

His work in electrophysiology led him t

o his next passion — simulation, a technique where students in the medical profession are taught certain skills before practicing on patients. Brown equates it to simulators used for training pilots. In the case of audiology students, simulators may look like a manikin of a baby or head as well as sophisticated computerized programs with avatars. He says the use of the technique is relatively new for the field of audiology.

“Students should have practice and learn a skill before working with a real person because you can decouple the skill from the patient,” he said. “Once you have the procedure down pat you can concentrate on your interaction with the patient and the patient’s interaction with you.”

Brown joined Pacific University in 2012 as part of the inaugural faculty of Pacific’s School of Audiology. His goal was improving and expanding the delivery of simulation instruction for future generations of audiology students. A year later, the School of Audiology opened the SIMLab. 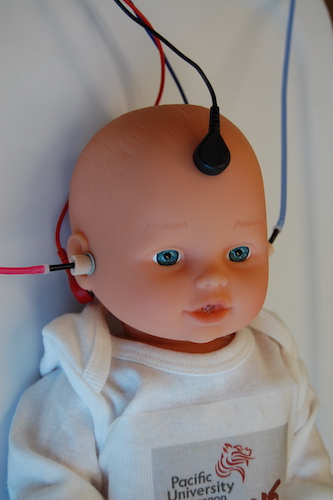 He was awarded Pacific’s first Small Business Innovation Research Grant for $49,999 from the  National Institutes of Health for 2020-2022 to develop a new more advanced simulator. Current infant simulators only allow testing for two types of hearing assessment.

“This new one would allow us to do all kinds of testing. It will allow students to practice using real equipment, putting the equipment on the patient, conducting tests and seeing how the manikin responds as if they have normal hearing or various types of hearing loss,” he said.

The project is featured in the Office of Scholarship and Sponsored Projects annual report Celebrating Discovery 2022.

Service to the Profession

Brown’s Fellowship reflects his trajectory as a clinician, researcher and educator as well as service to the profession. He has written various audiology articles and textbooks, and served on various professional boards including one overseeing the accreditation of audiology programs. He will be formally recognized Nov. 18, 2022, at an ASHA awards ceremony in New Orleans, La.

Read more about Brown’s work in the classroom in “Simulation Before Clinical Practice: The Educational Advantages” published in Audiology Today 2017.

As part of Pacific University’s College of Health Professions, the School of Audiology offers an accelerated three-year path to the doctor of audiology (AuD) degree. In addition to hands-on  training in simulation labs, students support the community with audiological services at the on-campus Pacific EarClinic.