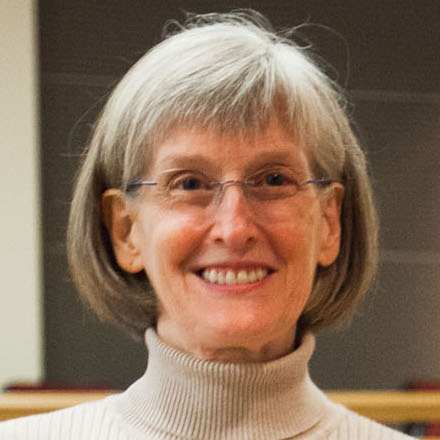 Pacific University College of Optometry professor emerita and alumna Dr. Nada Lingel '79, OD '81, MS '88, '00 will receive the ninth annual Kamelia Massih Prize for a Distinguished Optometrist on May 18 at the university’s graduate and professional commencement ceremony. The honor recognizes a Pacific University College of Optometry alumnus or alumna who has made a significant impact on the profession.

As a professor and associate dean for clinical education, Lingel greatly contributed to the cutting-edge knowledge and skills of hundreds of Pacific students, providing them with guidance and resources to advance optometric education, clinical care, and community outreach. Her classes and clinic services featured the most progressive technologies in the optometric profession, including advanced techniques in physical diagnosis, injections, and suturing. The recipient of many teaching awards while on Pacific's faculty, Lingel was awarded the prestigious rank of Distinguished Professor at Pacific University in 2002.

Lingel has been very active in educating the community about optometry and the importance of eyecare, having presented lectures to local high schools, colleges, church groups and senior citizen groups. She has also been involved with developing new sites and programs to provide optometric care.

She worked with the Virginia Garcia Memorial Health Center, a multidisciplinary health facility for the medically underserved in Washington County, to develop a full-time, in-house eye clinic staffed by the university's College of Optometry. Lingel also created a Diabetic Teleretinal Program collaboration between Pacific and Virginia Garcia that has resulted in the diagnostic evaluation of hundreds of diabetic patients who would otherwise not have been evaluated.

She also worked to improve the welfare of the public in Brazil as a Senior Fellow of the World Council of Optometry, spending six weeks in 2001 working with several universities there to develop optometry curricula.

Lingel has made many significant contributions to advance optometric knowledge, publishing numerous articles in many professional journals on ocular and systemic disease topics. Additionally, she co-authored the Diseases of the Cornea chapter in the Bartlett and Jaanus Clinical Ocular Pharmacology text for the third, fourth and fifth editions, and wrote the chapter on Diagnosing and Treating of Primary Open Angle Glaucoma in Onofrey’s Clinical Optometric Pharmacology and Therapeutics text.

Lingel has also lectured extensively at professional meetings in the U.S. and abroad, and been involved in developing courses to help advance the knowledge sets of Northwest optometrists. Additionally, she has been involved with many leadership positions at Pacific. As the assistant dean for academic affairs from 1993 to 1996, she helped open new clinics and many preceptorship sites where optometry students serve during their fourth year of training. Lingel was also responsible for establishing laboratory privileges and developing the quality assurance and provider credentialing programs for the university's colleges. She has served as the chair for many college and university committees, including as faculty chair for the College of Optometry.

Lingel has been involved in clinical research as a consultant for Ciba and has contributed written pieces for the National Board of Examiners. She also performs peer review for Optometry, the journal of the American Optometric Association, and serves as a member of the Educational Review Board for the journal Optometric Education.

A longtime member of the AOA, Lingel distinguished herself by serving as a member of the Accrediting Council of Optometric Education (ACOE) from 1995 to 2004, serving as chair from 2002 to 2004. In addition, as chair of the Leadership and Development Committee, which trained consultants to perform site visits, she developed and implemented a web-based training program and subsequently received the first Innovation in Education Award from the Association of Schools and Colleges of Optometry.

Lingel became a fellow of the American Academy of Optometry in 1989 and is currently serving on the AAO's Admittance Committee.  She and her husband, fellow Pacific professor emeritus Dr. Dennis Smith OD '87, established the Drs. Dennis L. Smith and Nada J. Lingel Award for Excellence in Systemic Disease, an annual honor that recognizes one or more fourth-year optometry students for their hard work, skill and dedication to understanding systemic disease and providing comprehensive patient care.

The Kamelia Massih Prize for a Distinguished Optometrist honors a Pacific University College of Optometry alumnus who has made a significant impact on the profession. It was established by the family of Kamelia Massih, who was born and raised in Iran before coming to the United States to pursue her education. She completed her doctor of optometry degree at Pacific in 1985 and opened her own practice, Beaverton Vision World, in 1989, followed by a second location in Portland. She died in March 2010 following a three-year battle with cancer.

Massih cared deeply about others, giving countless hours of time and financial resources to a wide range of local and national charities.

“Kamelia had a keen affinity for Pacific University,” said her brother, Fariborz Maseeh. “Our family hopes this gift will recognize excellence of optometry graduates of Pacific University and will inspire other alumni to carry on Kamelia’s passion for serving our community and those in need.”

Dr. Lingel becomes the ninth recipient of the prize on May 18. Previous recipients include:

Dr. Lingel will receive the award at Pacific’s graduate and professional commencement ceremony, which begins at 1:30 p.m. Saturday, May 18, at Hanson Stadium in Forest Grove. She also will deliver the keynote address for that ceremony, where the university will confer master’s and doctoral degrees on about 440 students.

Pacific University is a comprehensive university serving almost 4,000 students a year with undergraduate, graduate and professional programs in the arts and sciences, business, education, health professions and optometry.