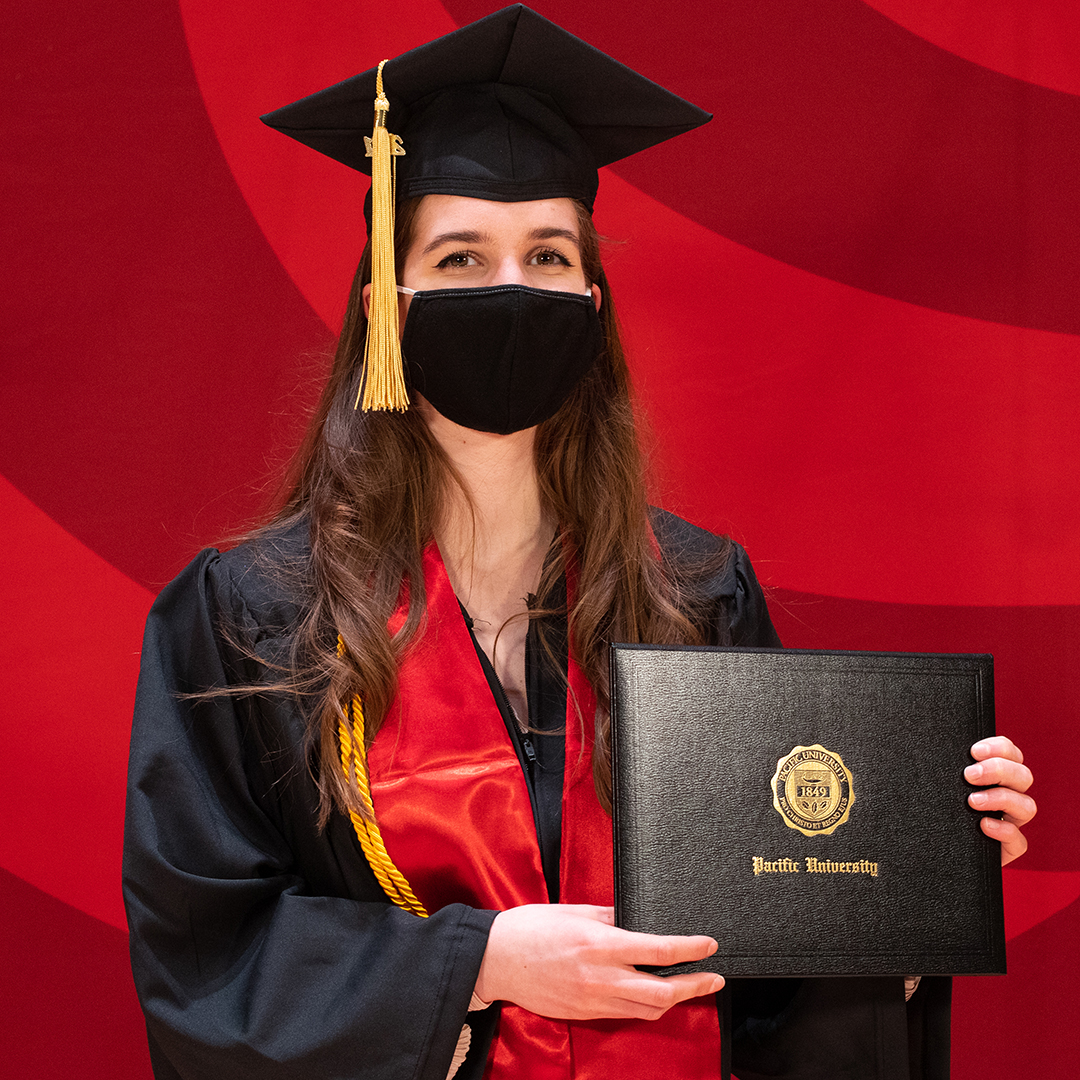 Elizabeth “Betsy” Hesser ’21 was named Pacific University’s Outstanding Instrumentalist. The double-major from Lebanon, Ore., received a bachelor’s degree in music and psychology in May 2021. She also was honored as one of two outstanding seniors in social sciences, along with classmate Jessica Monje Pérez. She also was named Outstanding Senior in Psychology.

Hesser, a violinist, was a featured soloist in Pacific’s Spring 2021 Virtual Concert as well as other public performances.

Her nomination for the social science award noted, “Betsy is a well-rounded double-major devoting time to the Strings Project as a violin teacher, playing in the Pacific University Philharmonic and the Northwest Camerata, and conducting research with faculty in the School of Graduate Psychology.”

She blended her majors in her capstone project, Improving Narratives around Musical Practice: A Cognitive Approach to Music Education. She is developing a guidebook for music teachers.