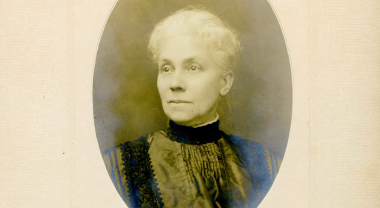 During the month of March we will be highlighting some important Pacific women in honor of Women's History Month. The second woman we are highlighting is our first woman graduate, Harriet Hoover Killin.

The first woman to graduate from Pacific University was Harriett Hoover Killin in 1869.

Harriet was born June 6, 1848 in North Plains, Oregon. At the time Harriet attended Pacific, three years worth of college curriculum were required for women to earn a degree, in comparison to four for men. Additionally, different courses were required for men and women.

Despite the inequalities, Harriet persisted and earned her degree in 1869. Classes were very small at that time and every person was expected to give a speech. We regret to say that at the time, Harriet was not permitted to give a speech simply because she was a woman.

Harriet helped usher in a new wave to Pacific, and began the trend for all the women who followed in her footsteps.