The History Behind the Golden Guard 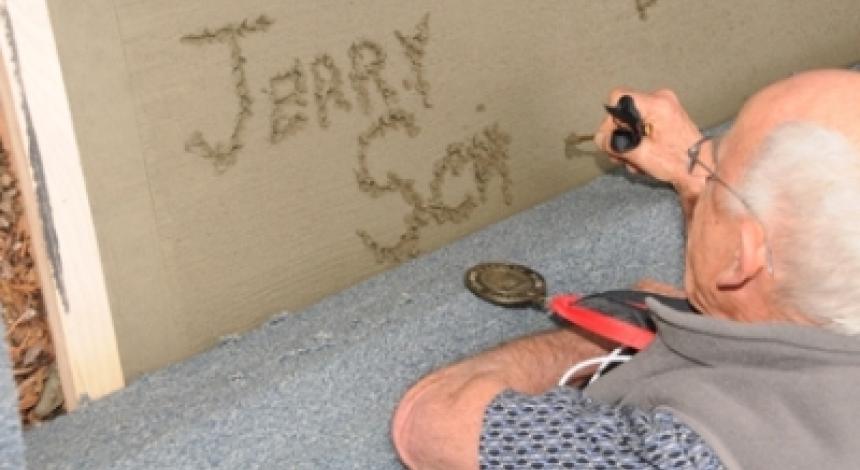 Honored classes reconnect during Homecoming to celebrate their memories of Pacific University and success since. These honored reunions become an even greater milestone every five years, with more stories to share. When alumni reach their 50-year reunion, they leave their permanent mark on campus.

The History of the "Old Guard"

In 1965, a proposal was made to create a special group in honor of those alumni who had graduated more than 50 years ago. This proposal was aptly named the “Old Guard.” The purpose of the group was stated as “providing special recognition of the senior alumni of Pacific University; to insure that all alumni classes, no matter how large or small, have a “home” when they return for reunions; to provide a vehicle for communication and contact among the senior alumni.”

Membership in this group was granted to all graduates and former students of Pacific University whose class graduated 50 or more years ago as well as all Tualatin Academy alumni.

On April 18, 1966, a letter was sent to alumni who graduated 50 or more years prior announcing the “Old Guard.” The first gathering of the Old Guard took place during commencement on May 15, 1966. The class of 1916 was inducted into the Old Guard by Arthur Prideaux ‘06, who was the oldest alumnus present.

Alumni celebrating their 50-year reunions have been inducted into the Old Guard every year since. And at this time, the class of 1937 was right around the corner from reaching their big anniversary and the class had some comments to make.

Alumnus Ted Stook ’37 wrote an editor’s note to the Pacific Today magazine on behalf of his class in spring 1987. Their thoughts were simply this, “the term 'Old Guard' was no longer logical or applicable to this organization as many of the group participates in active lives of travel, sports, exercise and volunteer associations. We do not believe we are 'old.' Therefore, since this honored group may have a more practical and realistic title, we respectfully suggest a change in name to 'Golden Guard'."

Looking back to the proposal created in 1965, there were many names suggested for this group. Names like the Mid-Century Club, the Boxer Brigade, the Golden Circle, and even the Fiftieth-Year Club. The Old Guard was decided and this established group moved forward by inducting honored classes every year.

Since 1966, more than 25 classes had been inducted into the Old Guard. Each year, members were presented with medallions, engraved with the University seal, to signify the milestone they achieved.

During Homecoming in 1993, the class of 1943 and the members of the Old Guard were invited to sign their names in wet concrete outside Old College Hall to signify a place the alumni called home, previously documented in the proposal. Once the cement dried, the alumni would become a piece of Pacific University’s campus and history. With this event, a new tradition of the Old Guard was created.

Another change was made in 1997. The editor’s note sent in from the class of 1937 lingered within the Office of Alumni Relations. Did the “Old Guard” truly represent this group? After many discussions, it was confirmed the Old Guard definitely wasn’t “old.” During Homecoming Weekend 1997, the class of 1948 was the first class officially inducted into the “Golden Guard.”

This longstanding tradition is one that will be continued year after year. As Pacific University grows, so do the classes graduating. Since 1966, 45 classes have been inducted into this prestigious group of alumni whether it was called the Old Guard or the Golden Guard. After being inducted, members are invited to meet semi-annually so they can continue the connections they made so many years ago.