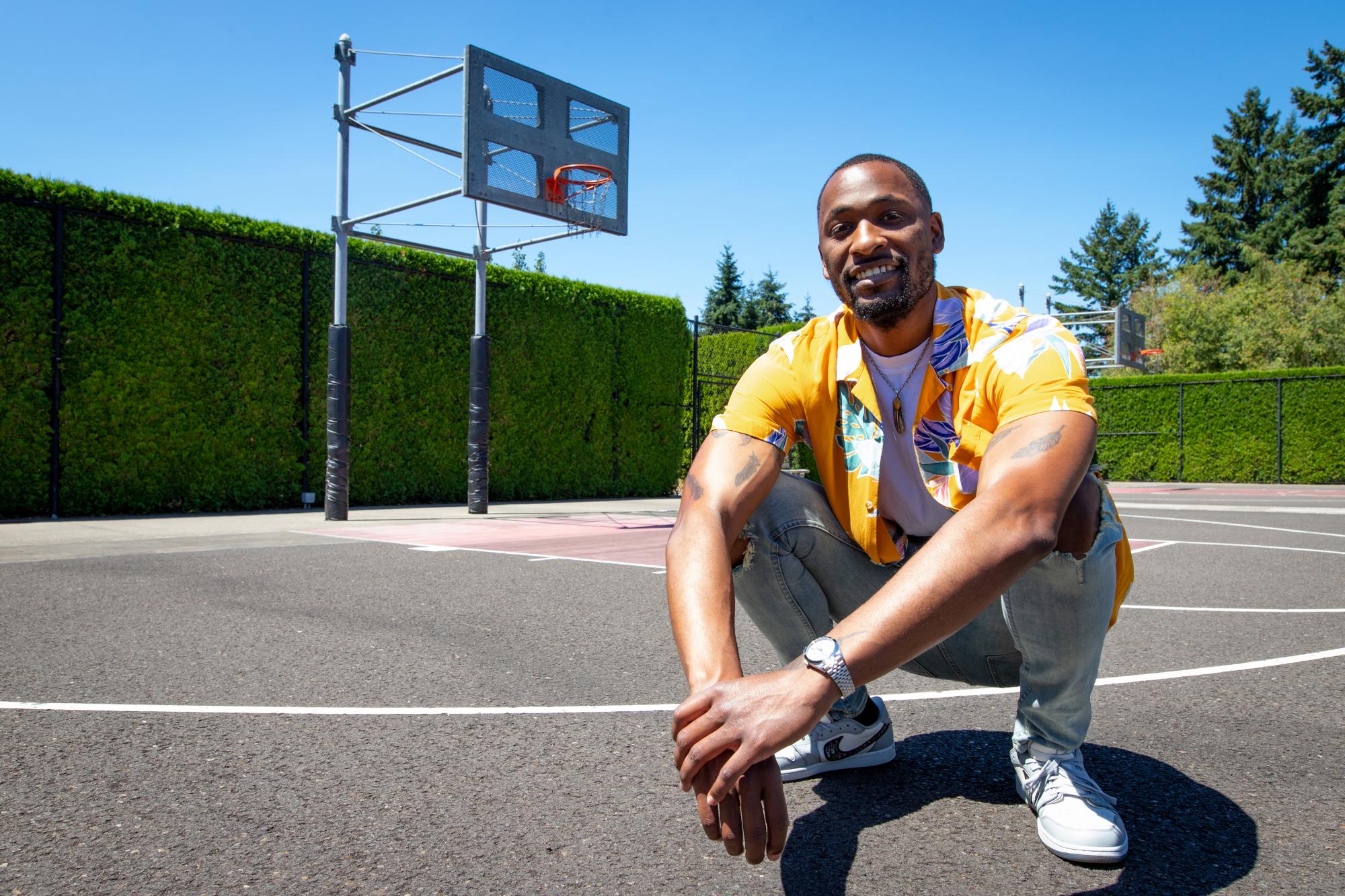 A passion for basketball, a love for basketball shoes, proximity to the world’s largest maker of athletic footwear and apparel: These were the right ingredients to launch the career of Pacific University alumnus LeMar (pronounced LEE-mar) Anglin ’12, who’s now global footwear product director for Nike Inc.’s Jordan brand.

Not that it started that way.

When he came to Pacific as a transfer student in 2009, his plan was to play basketball and study to become a physical therapist. It was a field that intrigued him since his own recovery from an injury to his medial collateral ligament, suffered while playing junior college basketball.

But a conversation with Professor Philip Schot in Pacific’s kinesiology program — formerly exercise science — changed everything for Anglin. The two spoke frequently. Anglin was researching whether and how much footwear could improve a basketball player’s performance when Schot asked him: “Have you ever thought about working at Nike?”

In fact, at the time, he hadn’t. While Anglin was well aware of Nike’s reputation as an athletics company, he wasn’t even sure whether it was based on America, much less 23 miles east of Pacific’s Forest Grove Campus. But when he found out he was in the company’s backyard, Anglin made it his mission to make connections there.

Anglin was something of a pioneer at Pacific as he worked diligently to find pathways into the workplace. Beginning this fall, students at Pacific University will have a new, straighter path to follow: They can major in sports leadership and management.

“With this new major (and minor), students will be able to engage in coursework that employers in the field are looking for, while still gaining a strong liberal arts education,” said Professor Brian Jackson. “We believe that the new program will not only attract new students to Pacific who are looking to pursue a career in the sport and recreation field, but appeal to some current students who believe this program more closely aligns with their interests and professional goals.” 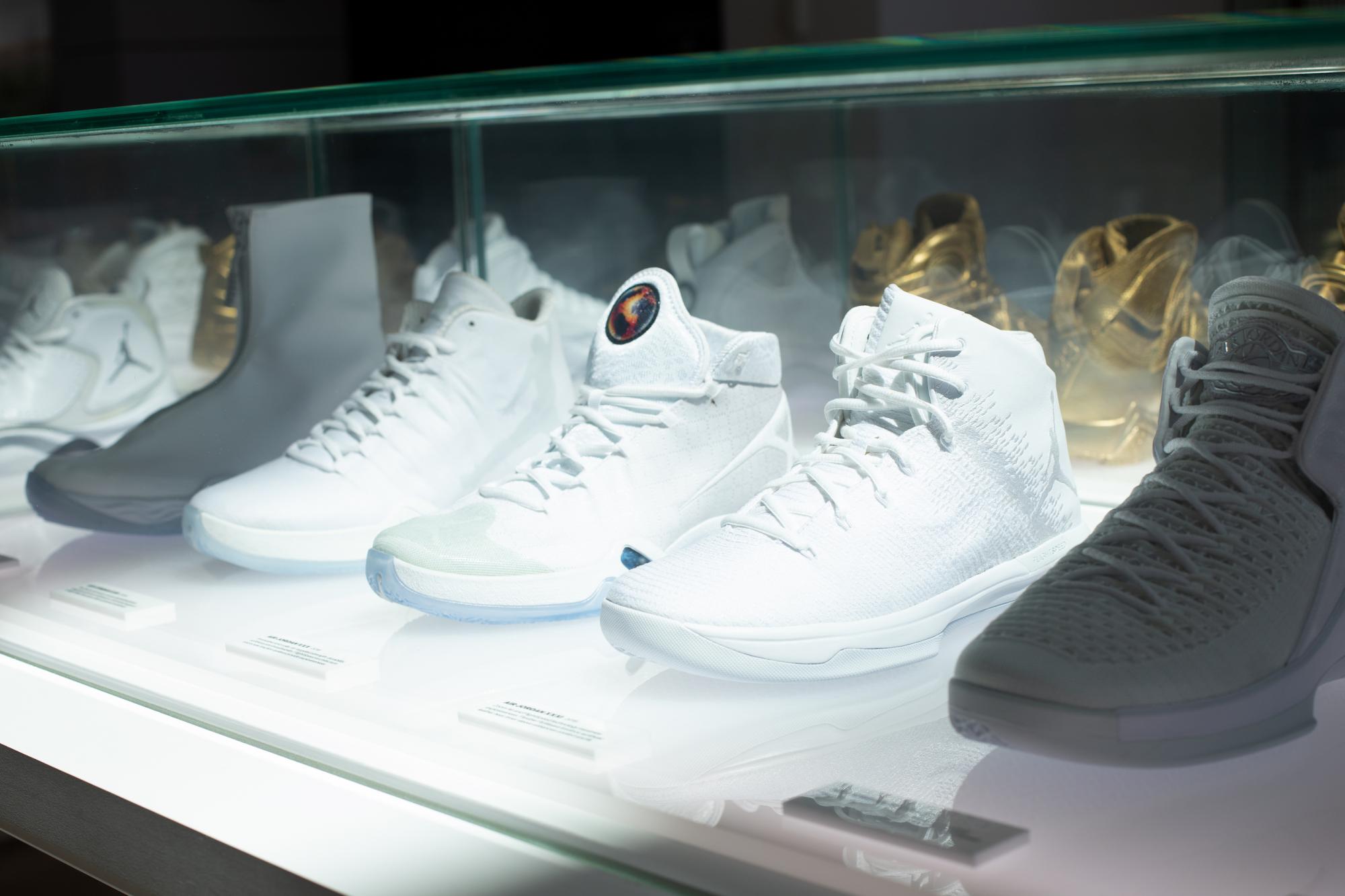 At Nike, Anglin worked his way up through the ranks, beginning as a retail associate in the employee store. He continued to network, leveraging one connection to make another, from the beginning of his time at the company to the present day, as he plays a key role in bridging the gap between sports consumer and designers and manufacturers.

One key connection at Nike was Aaron Cooper, “innovation expert, Nike Innovation.” Anglin said Cooper, who left the company in 2019, continues to be generous with his time and insights.

“I have mentored many. But only a few are like LeMar,” Cooper said by email. “I think there are some common threads among them, which LeMar has deeply woven into his DNA.” The qualities, that have served Anglin well, Cooper wrote, include:

“I will try to do anything for someone like LeMar and always will,” Cooper wrote. “I have helped LeMar and for sure he has helped me. We all need to help each other.”

Anglin said the personal, professional work will continue. “I’ll never know it all,” he said. “I still network as if I don’t even work at the company.”

He recognizes that he himself now represents a node in a professional network.

“I’m always open to mentorship, because that’s what got me to where I am now and will continue to get me to my near-term, mid-term and long-term goals for myself,” he said.

He said Pacific played a key role in turning him from a curious, basketball-obsessed student to a global sports apparel product director. In particular, he credited Kinesiology Professors Schot and Brian Jackson and retired Chemistry Professor Rick Whiteley for helping him transform the way he thought and worked.

“My love for problem-solving really grew from there, and now I literally look at everything as a problem” to be solved, he said. “I now find joy in not just doing the bare minimum, but in trying to completely obliterate whatever problem; to solve every aspect of every challenge to ensure that we can go on and achieve whatever it is that we’re trying to achieve.

“That way of thinking I didn’t have before.”