A new memorial scholarship will provide financial support to continuing undergraduates and graduate students who are studying to become choral music educators.

The Laird Thornton ’76 Legacy Scholarship was created by Kathryn (Kathie) Thornton ’75 in memory of her husband, Laird, after he passed away earlier this year. Support for the scholarship from friends and donors has been very strong — more than 120 donors have given over $35,000 to the scholarship since its creation this spring. 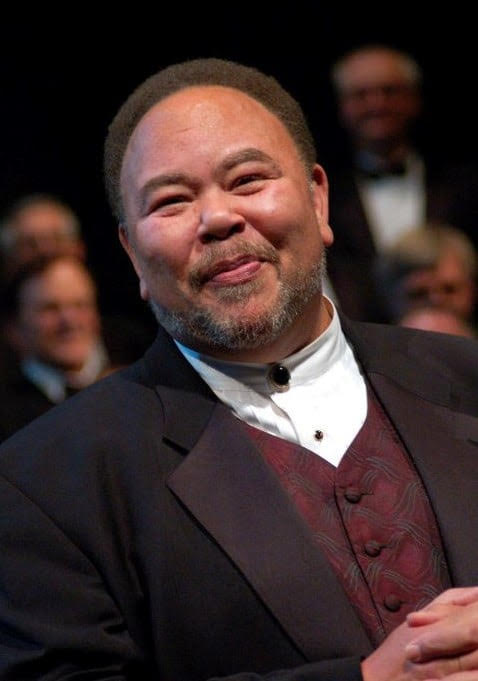 “I was not at all surprised by the response,” said Kathie Thornton. “He was loved, admired, and respected. People want to honor his memory and see the scholarship as a very positive way to do that.”

Thornton feels “so very proud, and so very humbled” by the tremendous support for the scholarship honoring her late husband.

Laird Thornton arrived as a freshman at Pacific University in 1972 with a plan to play football and become a lawyer. Instead, he discovered the two loves of his life: music, and his future wife, Kathie. After two years as a political science major, Laird switched his major to music performance. And he and Kathie were married in 1973.

Laird graduated from Pacific in 1976 and went on to earn a master’s in vocal arts from University of Southern California in 1981. Laird and Kathie moved their growing family up to Seattle, where Laird had hopes of starting a career in opera. After working as a choir director for several years, Laird returned to school once again, where he pursued a master’s in choral conducting from the University of Washington–Seattle while earning his teaching certificate.

Laird began — and ended — his teaching career at Thomas Jefferson High School in Federal Way, Wash. During his 30 years of teaching there, he created an award-winning choral program and a celebrated musical theater program. He led the concert choir, a chamber ensemble, and a vocal jazz ensemble, and taught vocal technique, music theory, and piano.

After Laird passed away in February, Kathie and her seven children gathered together to discuss how they could honor Laird and his legacy and decided that establishing a scholarship in his name at Pacific was the best, and most obvious, choice.

“Because that was where it all began,” Kathie said. “It was at Pacific that he found his passion. It was there that his life in music began.”

She hopes that support for the scholarship will continue to grow, so that they can award several scholarships each year. The scholarship is a continuance of Laird’s legacy of his passion for music and for teaching.

“He taught us all how to make beautiful music and how to touch the lives of those who heard us sing. He brought out the very best in everyone. He helped all of us — young and old — find our own passion and to go after our dreams, no matter what they were.”