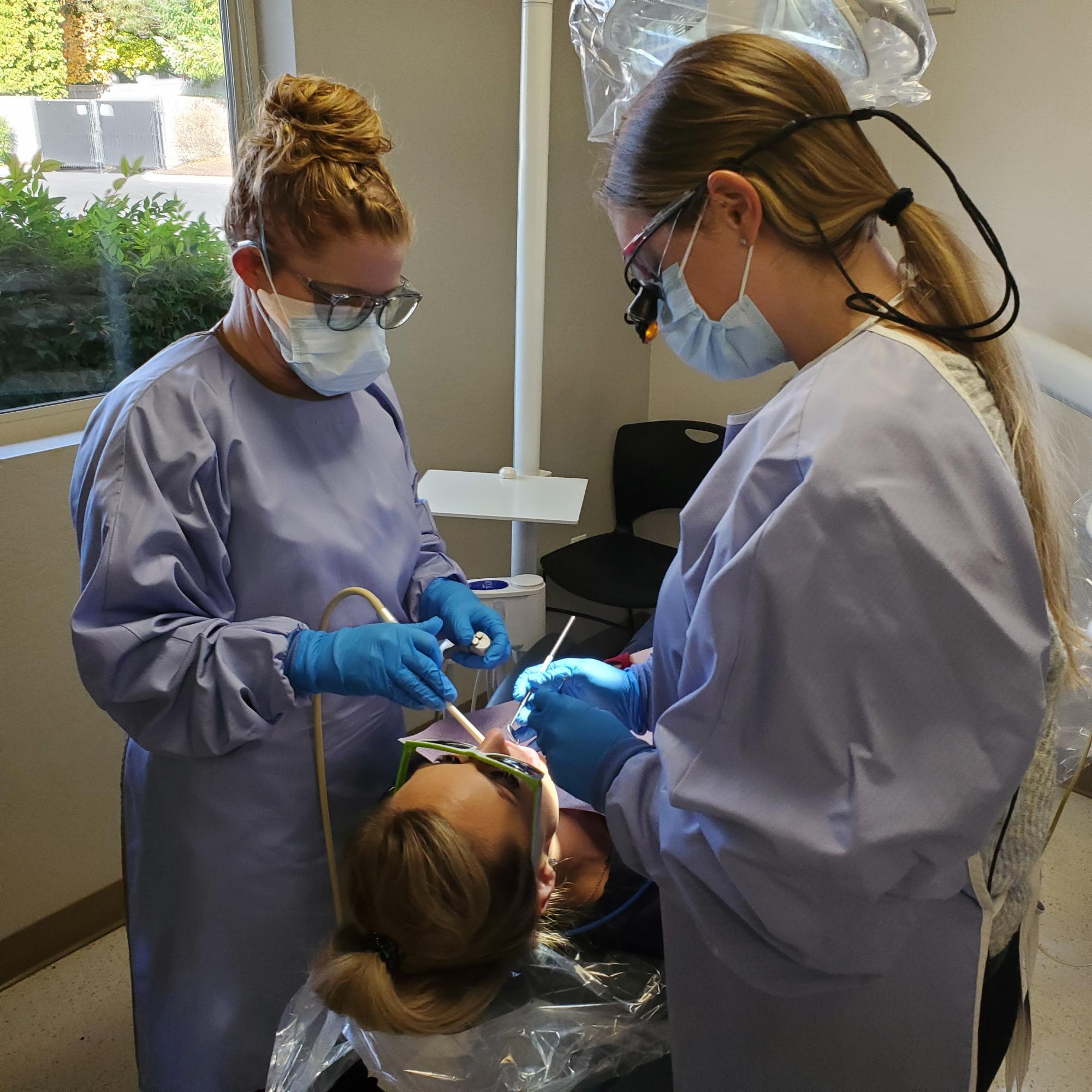 Rosalie Goode ’15 became a dental hygienist through Pacific University’s School of Dental Hygiene. Now, thanks to a statewide pilot program at Pacific, followed by new rules adopted by the Oregon Legislature, she has become the first licensed member of a new cohort of mid-level dental provider in Oregon.

Dental therapists might be thought of as the equivalent of nurse practitioners — nurses with advanced training who are licensed to provide enhanced medical care, though under the supervision of a licensed medical doctor. Dental therapists can provide a wide range of dental services, including fillings and some extractions, under the supervision of a dentist.

Goode spends a lot of time one-on-one with patients, although licensed dentists in her office oversee her work and often check in. Her patients understand that she is a new kind of mid-level dental care provider, and that she can provide a high standard of care at a lower-than-prevailing cost because her salary is lower than a dentist’s. 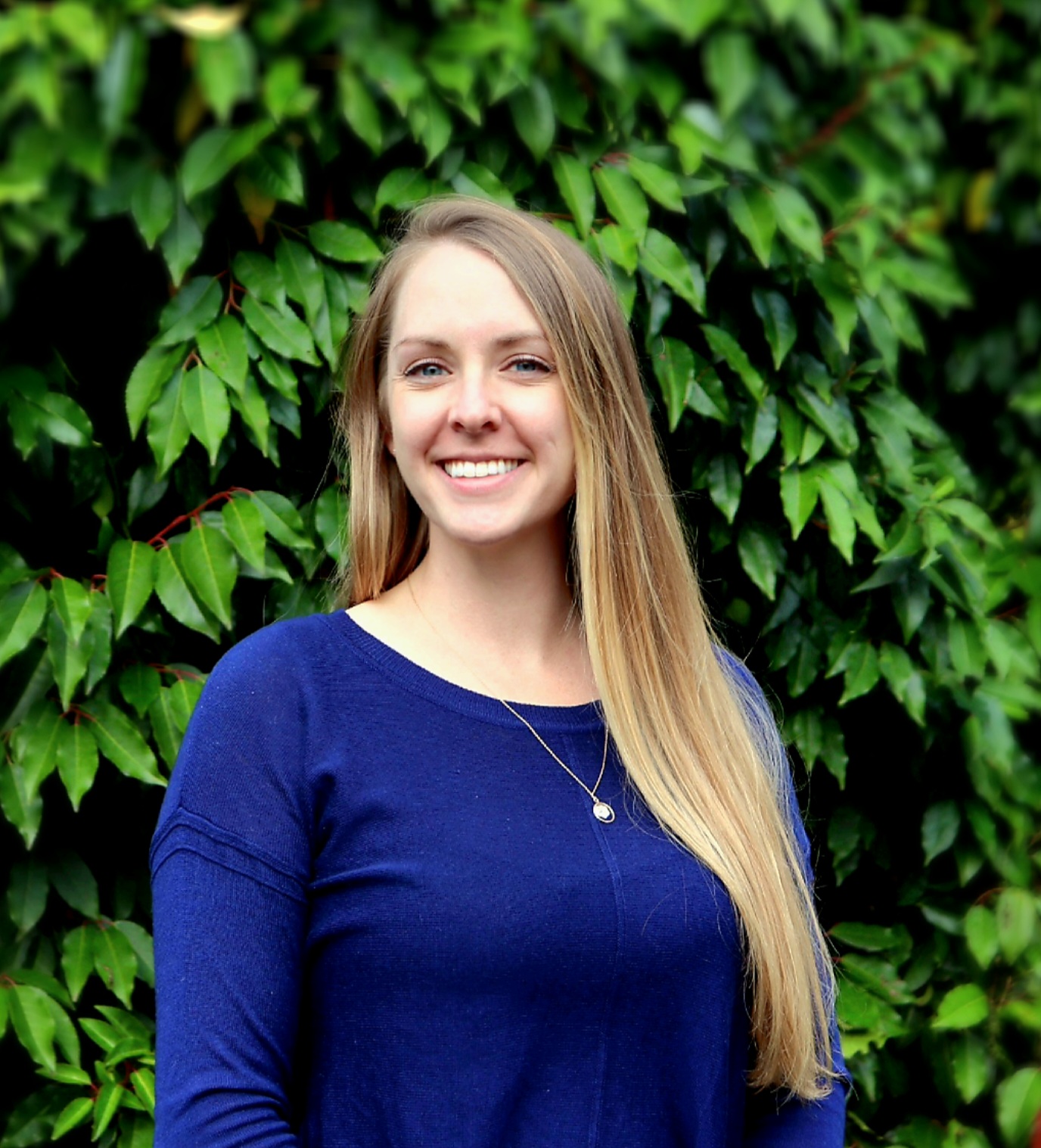 “It’s a pretty crazy feeling,” Goode said in a Zoom interview from Medford. She explained that she’s the first and — as of the day of her interview in early November 2022 — only licensed dental therapist at the moment simply because she filed her application first. Many others are right behind, and many hands helped along the way. That said, “I just really am so proud to be a part of this.”

Pacific has been in the forefront of the initiative to have Oregon join 11 other states, including Washington, Nevada and Idaho, that have licensed dental therapists. The movement is part of a larger effort to provide dental care to underserved populations, such as those who live in small, remote towns. Pacific has worked closely with Willamette Dental, Advantage Dental, Virginia Garcia Memorial Health Center, Oregon legislators and others in pilot programs to put dental therapists into dental practices in Oregon.

The Oregon Board of Dentistry had processed and approved seven of the first 11 applications — beginning with Goode’s — as of Nov. 15. Of the first two cohorts of dental therapist applicants, seven are Pacific University alumni, said Amy Coplen, director of Pacific’s School of Dental Hygiene Studies.

“We are incredibly proud to have seven alumni on the path to becoming some of the very first licensed dental therapists in Oregon,” Coplen said. “It shows we are meeting our mission to develop leaders in the profession and bring access to care to underserved populations.”

Coplen said Pacific is developing a formal proposal to launch an accredited dental therapy program within the School of Dental Hygiene.

Goode, who came to Pacific from Idaho, just over the eastern Oregon border, believes dental therapy is a practice whose time has come. She is familiar with small towns where dentists are scarce and thinks dental therapists will play a crucial role in preserving the health of people who live far from traditional dental practices.

Dental decay is a leading, treatable form of disease that reaches people in every corner of the state, she said.

“Being a mid-level provider as a dental therapist is such a link to bridge that gap from the underserved communities that can’t really access, moneywise or location-wise, the care they really need.”