As they wander among vintage aircraft, visitors to the Evergreen Aviation & Space Museum in McMinnville may stop to study a tabletop model that illustrates a nonintuitive truth about Earth’s cosmic neighborhood. 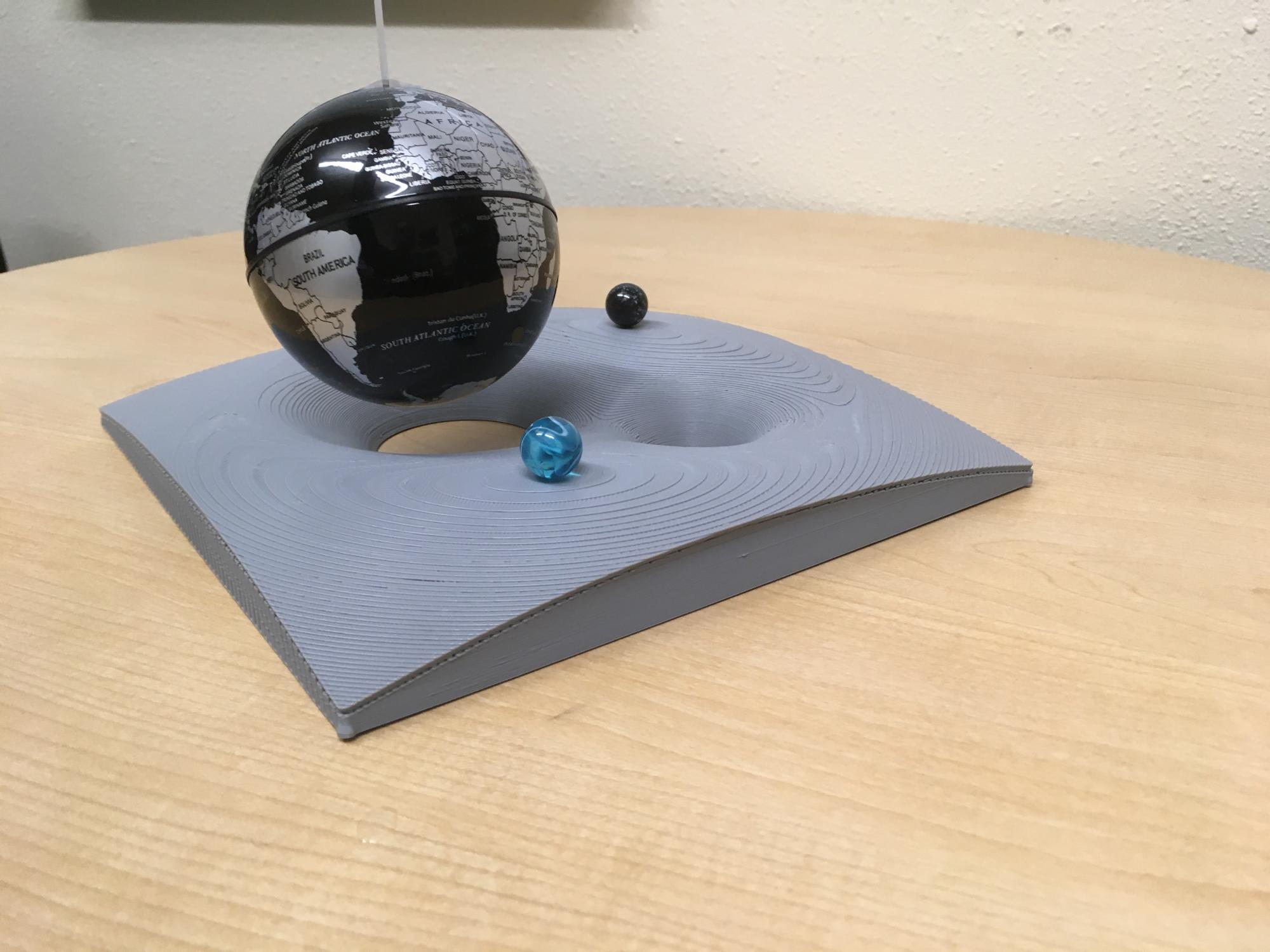 The model, built in 2019 by Pacific University alumnus Huy Nguyen ’21 along with Pacific Physics Professor Todd Duncan, illustrates the gravitational sweet spots for spacecraft to park within the Earth-Moon system. With indentations that appear as gently sloping holes in the surface, the model shows what are known as Lagrange Points, where the gravitational pull of the two bodies is balanced, allowing the spacecraft to park in a stable orbit.

While the average person may not have the opportunity to park a spacecraft in the optimal spot, the model makes it easy to understand why it’s important for orbital engineers to know where it is.

“How many people are concretely aware of the relative depth of the Earth and Moon potential wells?,” asks the draft abstract that accompanies the model. “The gravitational potential at the surface of Earth is about 20 times that at the surface of our Moon, which is an important factor in why it’s valuable to build bases on the Moon for further exploration of the solar system. It’s much less costly to escape the Moon’s potential well than Earth’s.”

Construction of the 3-D model, which was printed on Pacific equipment, was funded by a grant from the Oregon National Space Grant Consortium. The director of the Oregon NASA Space Grant Consortium, which is based at Oregon State University, reached out to Duncan and the Pacific University physics department in an effort to broaden the pool of contributors to NASA's efforts. The $8,000 grant paid stipends to Nguyen and Duncan, as well as for materials.

The grant is a small part of NASA's advance planning for future lunar missions, when spacecraft are likely to conduct operations in an orbit above the moon.