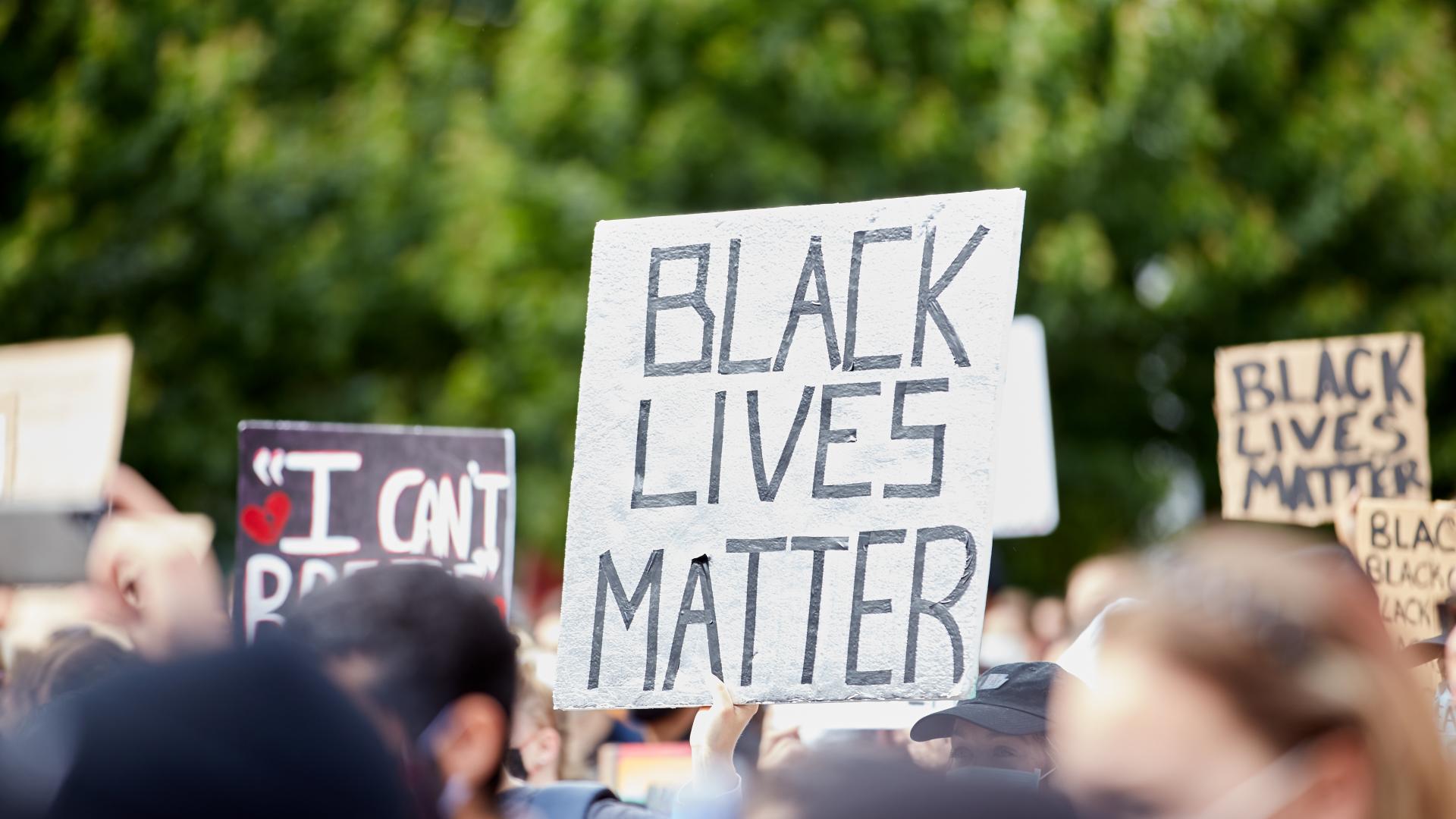 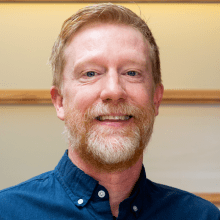 Pacific University Psychology Professors Mike Christopher and Matthew Hunsinger didn’t anticipate that their research would so closely track the headlines. It just turned out that way. And now they're finding that work has particular resonance as America grapples with questions of inherent racism in the systems of justice and law enforcement.

Christopher, who oversees Pacific’s Mindful Health and Resilience Lab, has been interested for years in understanding mindfulness and resilience. His interest took clearer shape after meeting then-Hillsboro police sergeant Richard Goerling, who argued that a practice of mindfulness ­— which might simplistically be described as practicing awareness and living in the present moment — could well lead to better outcomes on the street and improve the emotional health of stressed-out law enforcement officers.

Christopher was intrigued and aimed his research in that direction. The payoff, he knew, could be significant.

“Mindfulness is a way of getting off automatic pilot and just working with the situation that’s happening in the moment,” Christopher said. 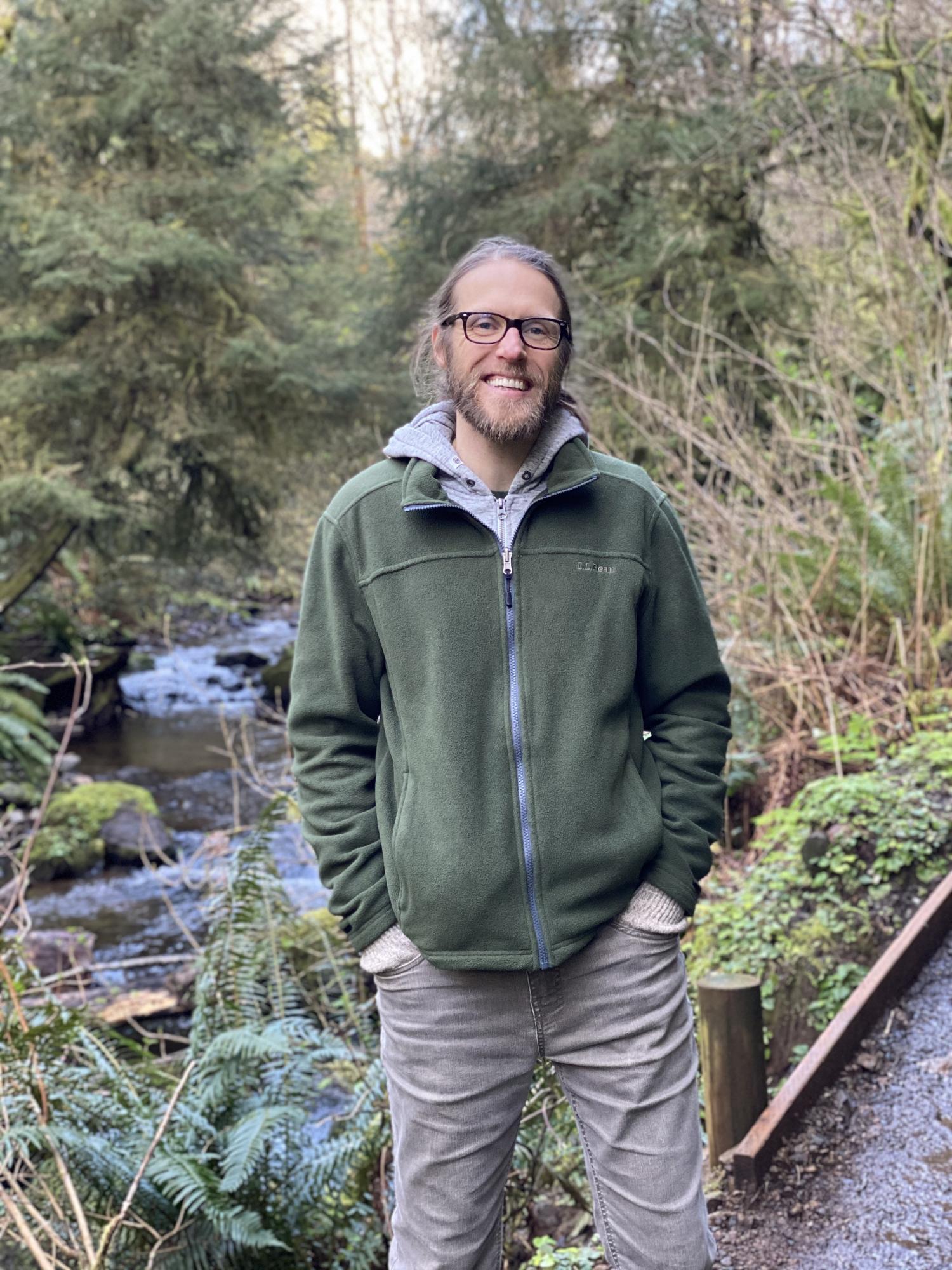 When Hunsinger was a student researcher, he set out to study issues of social justice. He ended up working with a professor whose focus was on the impact of emotion on implicit bias, and he wrote his dissertation on the impact of fear of implicit racial stereotypes — in other words, examining whether a fearful person is more likely to amplify his internal biases about, say, dark-skinned people.

Over time, he began to think about applying that research to the people most likely to encounter stressful, decisive situations: police officers and first responders.

“The implications of this research are so much greater for law enforcement than for the average citizen,” Hunsinger said in a Zoom interview. The average American, fortunately, isn’t often thrust into situation where he must make snap decisions about, say, whether a person confronting him is holding a handgun or a bag of Skittles.

As Christopher and Hunsinger studied the effects of mindfulness and the ways bias affects decision-making, a wave of tragic stories rocked the country. They focused a spotlight on the ways law enforcement and courts appeared to systematically repress people of color, from subtle disenfranchisement to death at the hands of police.

Michael Brown in Ferguson, Mo. Breonna Taylor in Louisville, Ky. George Floyd in Minneapolis. Daunte Wright in Brooklyn Center, Minn. Philando Castile in Falcon Heights, Minn. These cases and others reinforced disturbing questions about whether a pervasive bias made it more likely that people of color would suffer in encounters with the law than would Caucasians.

Hunsinger resists sweeping conclusions about these and other cases, and he faults media coverage of such tragedies for its lack of nuance. He himself listens to both conservative commentator Ben Shapiro and liberal David Pakman so he can hear how differently they interpret police-on-African-American shootings and other episodes where bias can play out with tragic results. Typically, Shapiro will find such shootings justified because, for example, a police officer couldn’t tell whether the victim was reaching for a weapon. Pakman is more likely to see such a shooting as evidence that police assume African-Americans are guilty and are likely to escalate situations that could have been defused.

Most Americans who follow the news form strong, lasting opinions about what happened and who is at fault, but Hunsinger says that’s because they don’t necessarily understand all the factors that led to the episode. People tend to see issues as black or white. But that misses all the factors — faulty training, fatigue, bias — that can contribute to a fatal encounter.

For example, such factors may have contributed to the death of Daunte Wright, who was killed last April when former Brooklyn Center police officer Kim Potter shot him with her service firearm, rather than with a Taser, even as she shouted “Taser.”

“That officer has probably done that motion thousands of times,” Hunsinger said, referring to an officer reaching down to her holster. “But when people are stressed out, they’re experiencing intense emotions, their cognitive resources are depleted, that’s exactly when they’re likely to make bad decisions.”

In the case of Officer Kim Potter and Daunte Wright, Hunsinger asked rhetorically, did implicit bias come into play? Did Potter harbor an unspoken bias against a person of color, the kind that would incline her to make a deadlier choice than she might have against a Caucasian? “I don’t know,” Hunsinger said. “Maybe there was and maybe there wasn’t. Maybe it was an incredibly tragic, honest mistake.”

It’s clear, Hunsinger said, that “officers need help.” And, to their credit, many recognize a need to improve and refine the ways they’ve traditionally performed their duties. The growing sense of urgency helps explain why the Pacific professors’ research proposals are winning funding.

And around the corner, they hope, lies their richest research project yet.

A team of researchers led by Christopher and Associate Professor Sarah Bowen is seeking a multimillion National Institutes of Health grant to conduct an efficacy trial that would involve multiple law enforcement agencies across the country and run for five or so years. If the team is awarded the funding, it will provide a much richer set of information than the researchers have previously had access to. And that could result in some profoundly important outcomes, Christopher said.

The idea that this research could help improve police-civilian outcomes, Christopher said, “that’s … where we think, ‘Yeah, let’s keep doing this,’” said Christopher, who said he is “cautiously optimistic” the next proposal will get funding.

Meanwhile, Christopher and Hunsinger are staying busy with all the duties that engage active researchers and professors. Hunsinger is program director for Pacific’s Applied Psychological Science master’s degree program, is teaching classes, and pursuing his own research projects.

He has been awarded funding, for example, for a pair of studies on conspiratorial thinking.

The news headlines, it appears, will continue to chase his work.