From Sippy Cups to Syllabi: Sanchez '25 and St. Claire-King '26 Move From Preschool to College at Pacific University 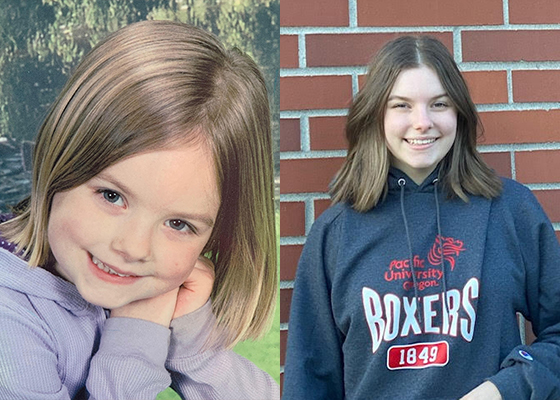 Skyler Sanchez ’25 may not be the best person to ask how much Pacific University has changed over the last 20 years.

“I can’t really tell if it’s changed or not; I’m just so close to it. I’ve literally grown up on campus,” she said.

She’s not kidding. She was the first student — followed closely this year by a second — to have attended Pacific’s Early Learning Community (ELC) as a kindergartener, and then become an undergraduate student herself. Her life has centered on Pacific’s Forest Grove Campus through her own education and also through the tenure of her mother, Rebecca Basham-Sanchez ’07, herself an alumnus who now the lead assistant teacher of the preschool Seal Class at the ELC.

While Skyler Sanchez is entering her second year at Pacific — or 15th year, if you count from the beginning — she is being joined this year by another: Tenzin St. Claire-King ’26, who also attended the ELC.

St. Claire-King, the son of Brian King, Pacific’s Technology Helpdesk manager, has been a regular presence on campus himself, most recently as an instructor of the fencing club that he helped to establish at Pacific last year. Even as he teaches others the finer points of the saber, he can remember dipping graham crackers in apple juice in a room nearby. In between, he spent a lot of time around Pacific’s technology desk, where his dad solves other people’s technology problems. He got to know a lot of his father’s colleagues along the way. 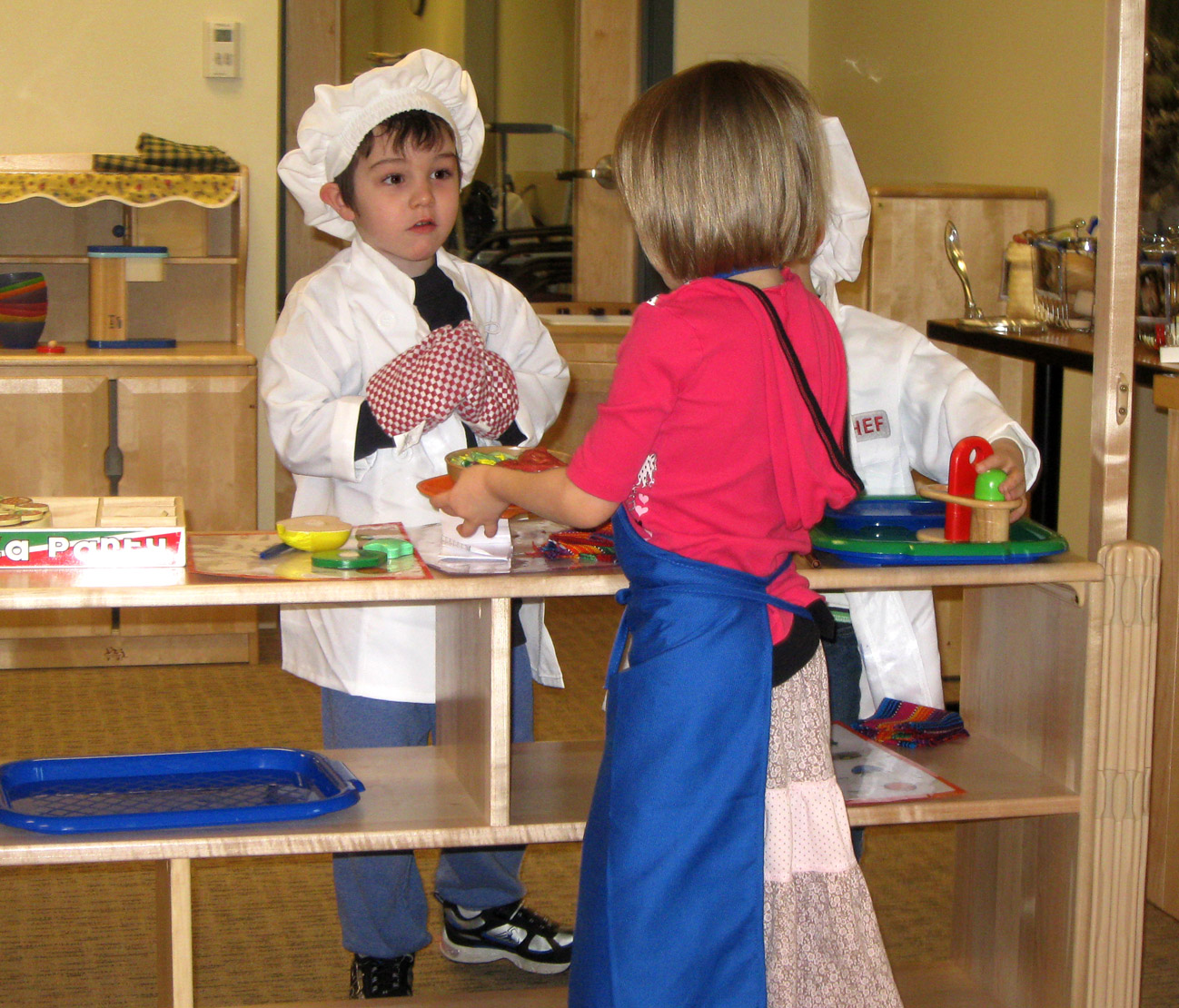 “I’ve always felt a very strong connection to Pacific because I’ve had that base, ever since I was a kid,” he said. “It’s extremely nice knowing the campus so well just from walking around it a lot.”

While these two undergraduates are marking passages of their own, their matriculation also represents a milestone for the ELC, the school-within-a-school where Pacific staffers and education students launch young people on lifetimes of learning. The school, which now educates students from preschool through fourth grade, is housed in Berglund Hall on the Forest Grove Campus, and includes a new outdoor classroom visible to passersby on Cedar Street.

As the progression of Sanchez and St. Claire-King attest, the ELC has become a keystone program within Child Learning and Development Center of Pacific’s College of Education. The ELC opened in 2008 in Berglund Hall with 45 students under the direction of Mark Bailey, professor and director of the Child Learning and Development Center. As it has expanded through the years, it continues to practice the principles of inclusion, learning through experience, and the best practices in teaching. Bailey said about 90 students are enrolled in the five ELC classes for the coming semester. Classes are open to anyone, not just the children of Pacific employees.

“I had hoped that students from the ELC would eventually return as undergrads,” Bailey said in an email. “In fact, I made a pledge to myself that I would not retire until the first former ELC students enrolled at Pacific. It warms my heart to see these graduates return. Pacific is a full-service university, students from age 3 to 63!” 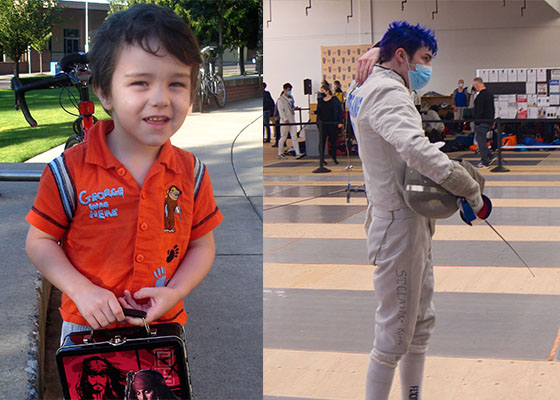 Sanchez said she applied to other schools in case something went sideways, but “I was positive that this was where I wanted to be.”

And while she originally was interested in psychology, she also worked in the ELC as a student aide and enjoyed working with children. She took a class with Professor Bryan Cichy-Parker — “he’s my absolute favorite” — and said she got so excited about imagining how she would incorporate things she was learning into her own teaching style that she dropped the idea of being a psychology major. Now she is an education major who hopes to get her Oregon teaching license and then teach kids around the third- and fourth-grade levels.

Even after just one year, Sanchez’s life at Pacific is full. In addition to singing in the university choir, she recently returned from a class trip to Costa Rica, where she worked on a coffee farm and observed baby sea turtles. 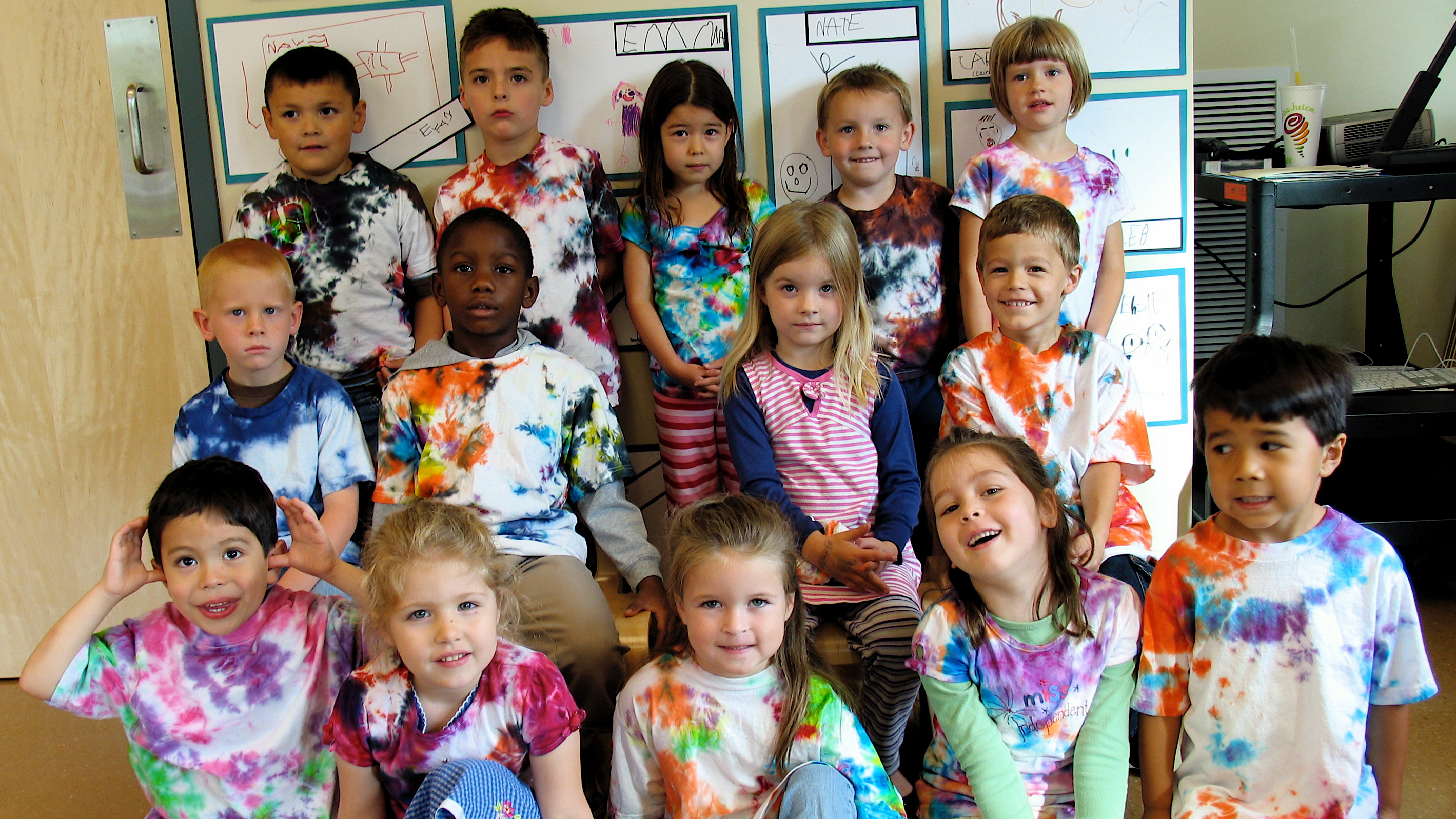 St. Claire-King took up fencing at age 8, and now travels to national tournaments, where he competes in the saber. As a senior at Hillsboro High School, he was part of a student-led group, which started a fencing club at Pacific. He expects to continue the club as a first-year student.

“I am looking so forward to it,” he said. “I cannot wait to be able to take college-level psychology and computer science and psychology classes.” He also is eager to see where he will be placed following his French language assessment. And after seeing the flaming batons at a Pacific Lū'au and Hō'ike, he said he’s eager to participate with Nā Haumāna O Hawai‘i in some form or another.

From an early age, he said, Pacific “was always on my mind.

“Honestly, I didn’t apply anyplace else.”