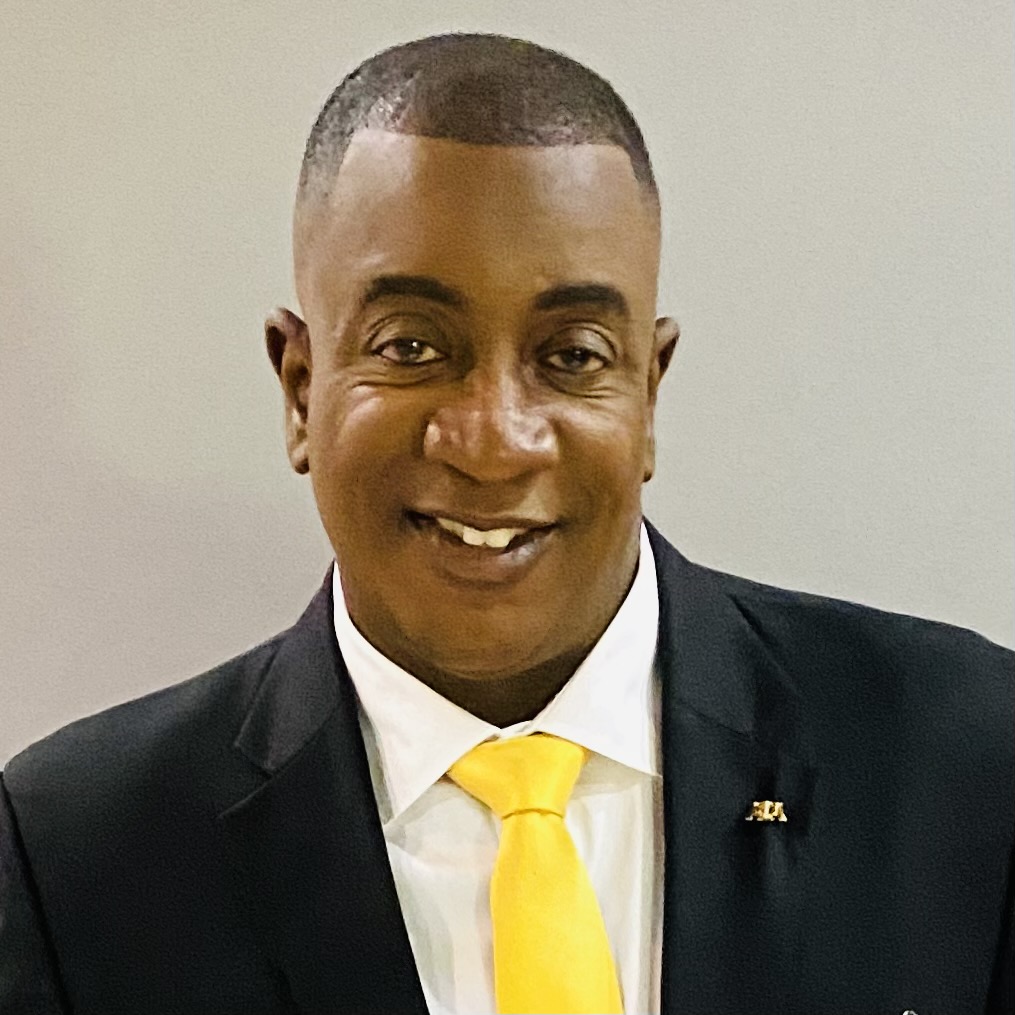 Marc Williams, a sports marketing pioneer and former senior executive for three of the largest sports brands in the world — Champs Sports, Reebok, and Footaction — has joined Pacific University’s College of Business as director of the newly created Center for Entrepreneurship, Sports and Entertainment.

Williams recently was named as one of the Top 100 Influential Blacks in the World today by CORE Magazine, and is considered one of the top educators in sports marketing, innovation and esports curriculum in America. In this new role Williams is responsible for the center's vision, educational offerings, major events, and for preparing undergraduates in Pacific’s College of Business for careers in the sports, videogame, film, music and entertainment industries.

The establishment of the Center for Entrepreneurship, Sports and Entertainment represents Pacific’s recognition that the intersection of sports, esports and entertainment is an expanding business industry. That convergence of disciplines includes the gamification of music and movement and the business of both electronic and in-person sports. Pacific’s diverse business and liberal arts classes provide a solid foundation for this new center.

Williams will build alliances across the university’s programs and in the community to support the new programming. Williams commented on the enthusiasm and heartfelt welcoming he received from Pacific’s music department leaders, Scott Tuomi and Michael Burch-Pesses, Brant Minor in Admissions, Athletic Director Keith Buckley, Men’s Basketball Coach Justin Lunt, Football Coach Ian Falconer and Baseball Coach Brian Billings while visiting Pacific in the spring. “I am looking forward to future partnerships with these talented leaders and their students,” he said.

Williams and his wife and infant daughter moved to Oregon from east Texas, where he was assistant vice president for innovation and technology and associate athletic director at Jarvis Christian College, a historically Black college in Hawkins, Texas.

He said he was drawn to the potential he sees in the greater Portland area. He cited the unique conglomeration of Nike, Intel Corp., major sports teams like, The Portland Trail Blazers and Timbers as well as  the rich film, and arts scenes as industries many students are drawn to. But he said there’s room for much more.

“There’s a wonderful opportunity for collaboration,” he said. Considering 90 percent of students entering college consider themselves gamers and gaming enthusiasts, not just as a hobby but really as a "lifestyle,” gaming offers a potential career path for students. The global gaming industry is expected to surpass $300 billion by 2025 and e-sports will develop into a $2 billion brand by the end of this year.

“I was extremely impressed with the students at Pacific during my visit in April, they were smart, savvy and eager to learn. We will prepare students to launch careers in the Sports and Entertainment industries by delivering innovative research, coursework and programming focused on the future of business in those fields," said Williams. The center will provide unparalleled access to business leaders driving innovation at many of the world’s most successful sports, videogame, entertainment and music brands.”

“His addition exemplifies the value of interdisciplinary education,” she said. “The College of Business’ strong accounting, marketing, finance, operations, law and administration classes,\ provide an extremely marketable major. However, through the new Center for Entrepreneurship, Sports and Entertainment, our business classes will reach a broader audience, as well as launch new curriculum that supports interdisciplinary education.”

Williams’ classes will be open to undergraduates from any program in the university and will be offered as part of a business major and sports marketing concentration.

Williams is a perfect fit to lead the new center. Not only is he a sought-after speaker on sports, e-sports, entertainment, and leadership, he is a crossover media and branding innovator, consummate networker and a prominent influencer on social media. His LinkedIn profile has more than 61,000 followers and his posts on LinkedIn and Twitter attract more than 8 million views each month. He is the host of his own podcast, “Dr. Marc’s Masterclass Podcast” on MAP Esports Podcast Network, the largest e-sports podcast network in the world. In addition to e-sports, Williams has broad entertainment and videogame connections and experience with Warner Brothers, Riot Games, and Atlantic Records. During his career he he has worked with various sports and entertainment stars, Michael Jordan, Beyoncé, Jay Z, Aaliyah, Venus Williams, 50 Cent, Allen Iverson, Maroon 5 and Will Farrell. He also is the co-founder of the first HBCU esports league, the HBCU Esports Alliance, which consists of 40 HBCU Schools and prepares students for careers in the Videogame and e-sports industries.

"Dr. Williams is an innovative academic and industry pioneer who bridges the space between sports, entertainment and education with unparalleled passion and purpose," said Joshua Gordon, the senior instructor of sports business at the University of Oregon's Lundquist College of Business. "Pacific University is incredibly fortunate to have a leader in place who will quickly become a catalyst for producing students capable of disrupting that which needs fresh eyes and new ways of doing things."

Williams earned his bachelor’s degree at William Paterson University, his master’s in sports management from the University of Massachusetts-Amherst, and his doctorate in education/curriculum instruction from West Virginia University.

He said he was attracted to Pacific first when College of Business Dean Yruegas invited him and Matthew Knowles, the father of Beyoncé, to the Forest Grove Campus in April. He was impressed how she and her business school colleagues created a 70 percent growth in enrollment for the College Business’ MBA program in 2021. And he said faculty and staff from multiple colleges and athletics were very welcoming. Outgoing President Lesley Hallick and Provost Ann Barr-Gillespie "taking time out of their busy schedules to meet with me left an impression."

"Incoming President Jenny Coyle was the final reason why my family chose Pacific," Williams said. “She is one of the most dynamic, empathetic and brilliant university presidents I have ever met. We are thrilled she will be leading Pacific and feel she and Jennifer Yruegas’s could be excellent role models to my wife and daughter.”

“It feels like a home for me already,” he said. He said other schools recruited him, but Pacific “was the first to get it right, it’s a special place and the perfect fit for my family.”

William’s wife Pei-Ru Lin is a Fulbright Scholar from Taiwan, who has been teaching Mandarin at Jarvis Christian College and will be starting an MBA in the fall with Pacific’s College of Business. Together they have a five-week-old daughter Maru-Sattva Lin Williams.