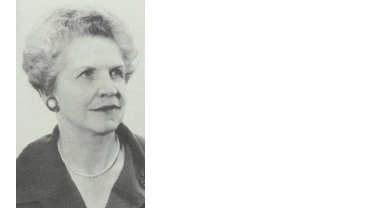 After holding positions at the Survey of Connecticut Prisons, National Society for Prevention of Cruelty, Warwick Training School for Boys and the Council of Social Agencies, Claire came to Oregon and served as the executive director of the Oregon Prison Association.

She was the only U.S woman to hold such a position in a state prison association during that period.

During her time in Oregon, Claire helped establish the Woman’s Prison (1951) and Oregon Women’s Correctional Institution (1965) and also sponsored and co-founded the Oregon Council Against the Death Penalty.

Thanks to Claire's hard work, guards were forbidden to carry baseball bats, juveniles were segregated to prevent sexual assault and prisoners were called by their names instead of their numbers.

In 1960, Claire joined Pacific University's Department of Sociology. The Claire Argow scholarship was created in honor of her and is awarded to an outstanding Junior studying Social Work.