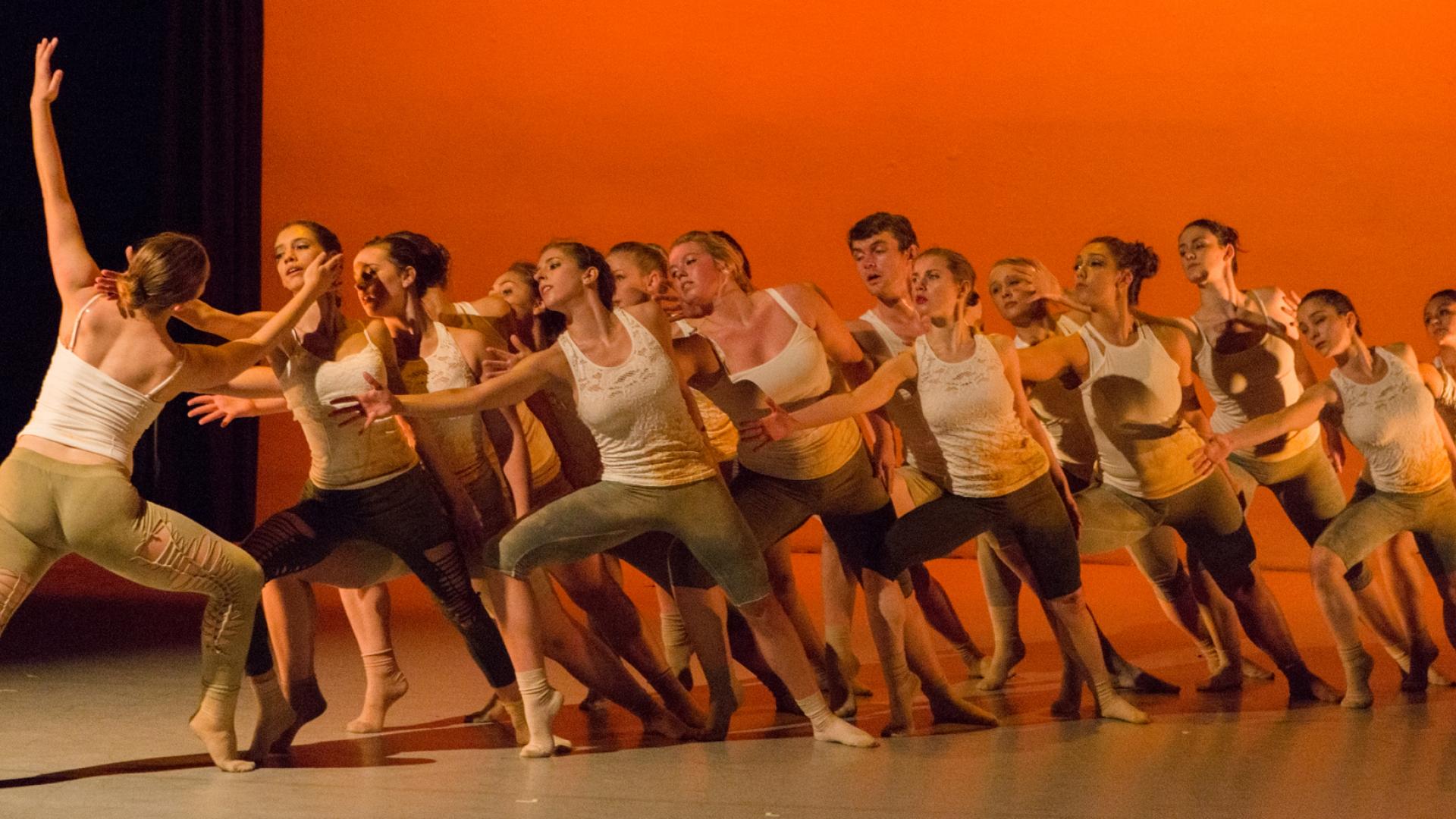 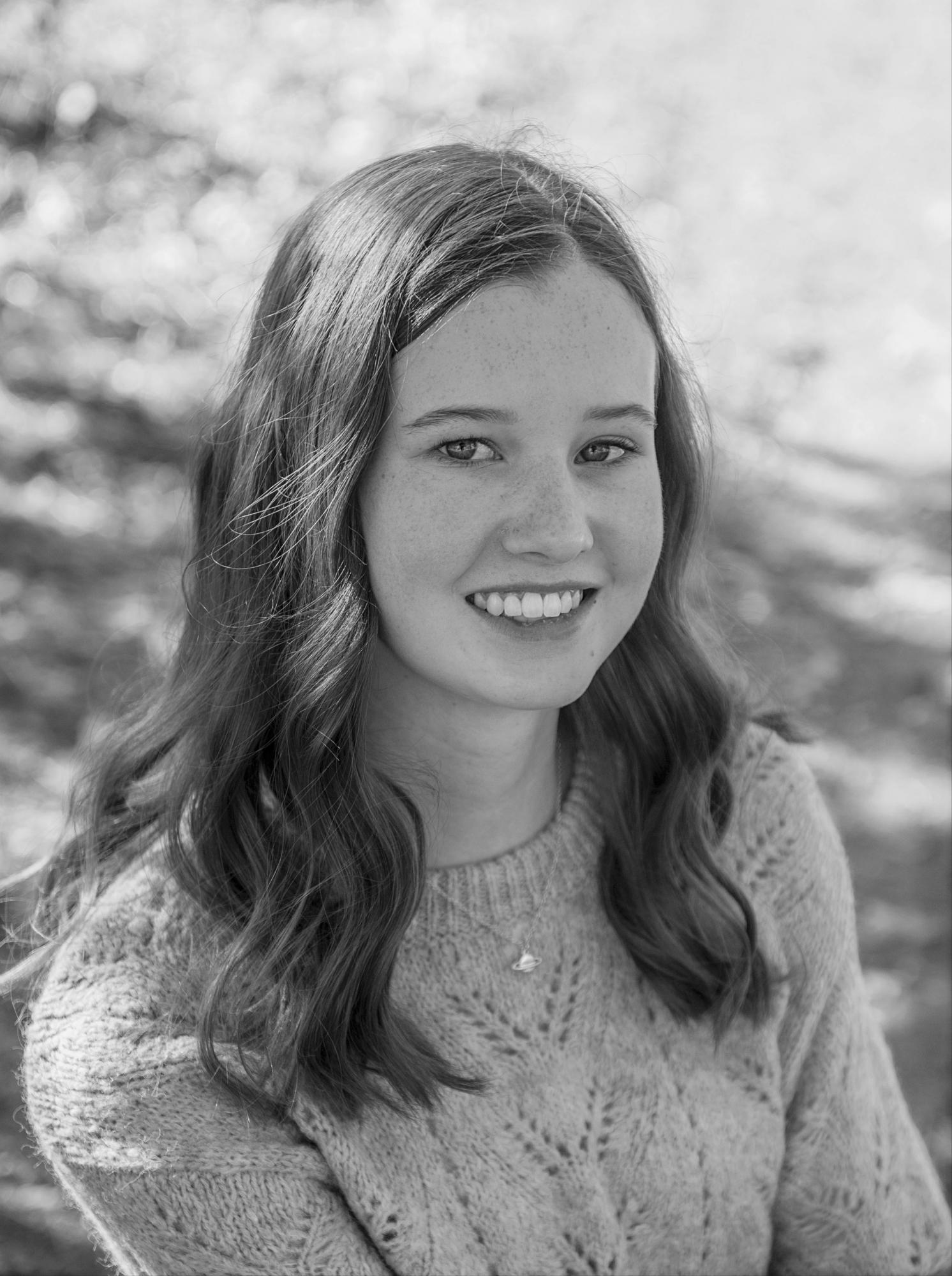 Makenzie Denman is from Etna, California, and is a third-year student majoring in Chemistry and minoring in Dance.  She trained in contemporary, jazz, ballet,   hip-hop, and tap and performed in many shows with her studio, as well as being a part of the competitive team. 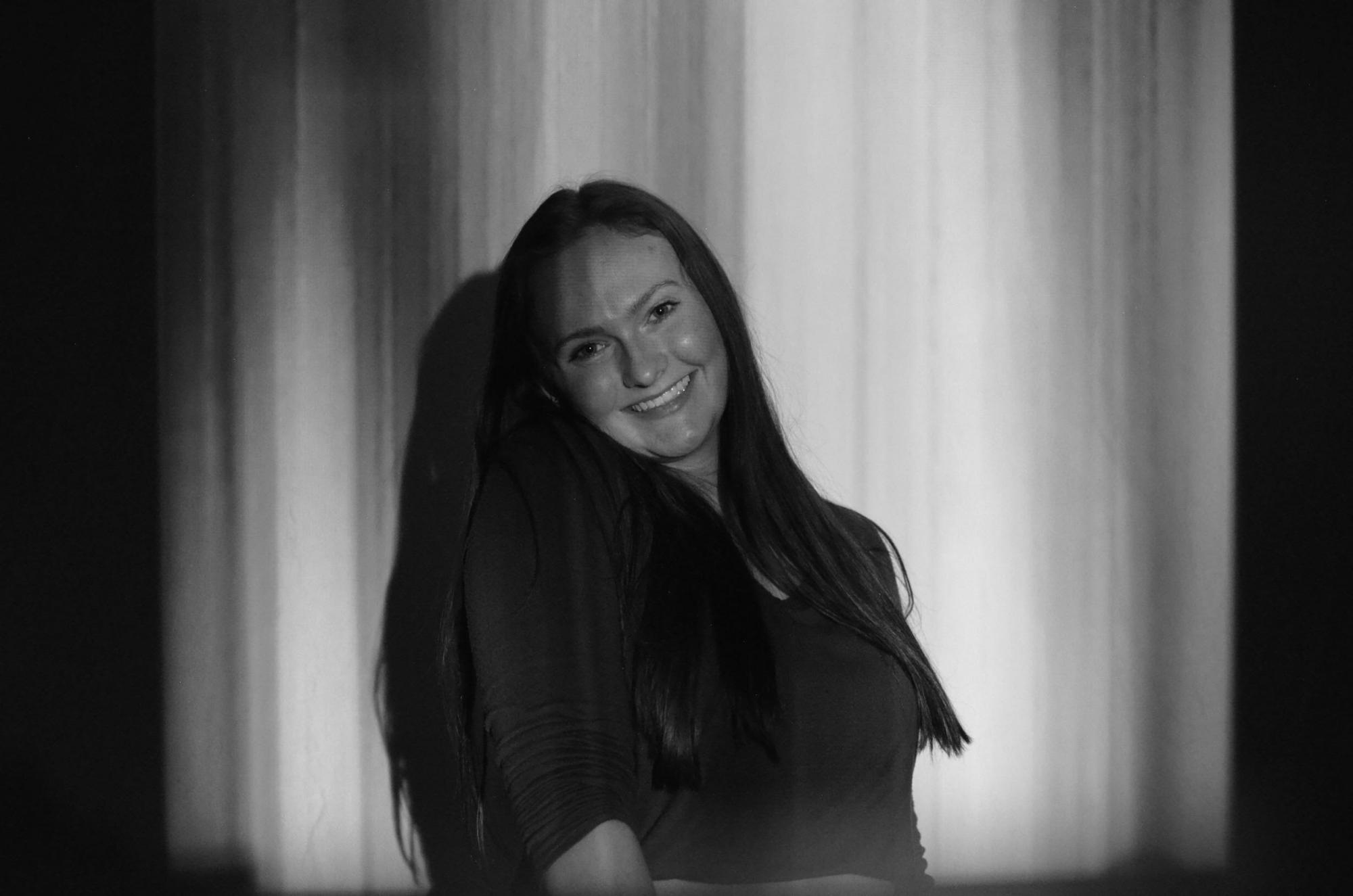 Maya Fowler is a junior at Pacific University majoring in biology and minoring in chemistry and dance. She was born and raised in Las Vegas, Nevada where she trained primarily at Innovation Dance Company. She is trained in ballet, jazz, lyrical, contemporary, and tap for about 18 years. The opportunities provided by Pacific Dance Ensemble have made her into a stronger dancer and she is forever grateful for the program and the people. 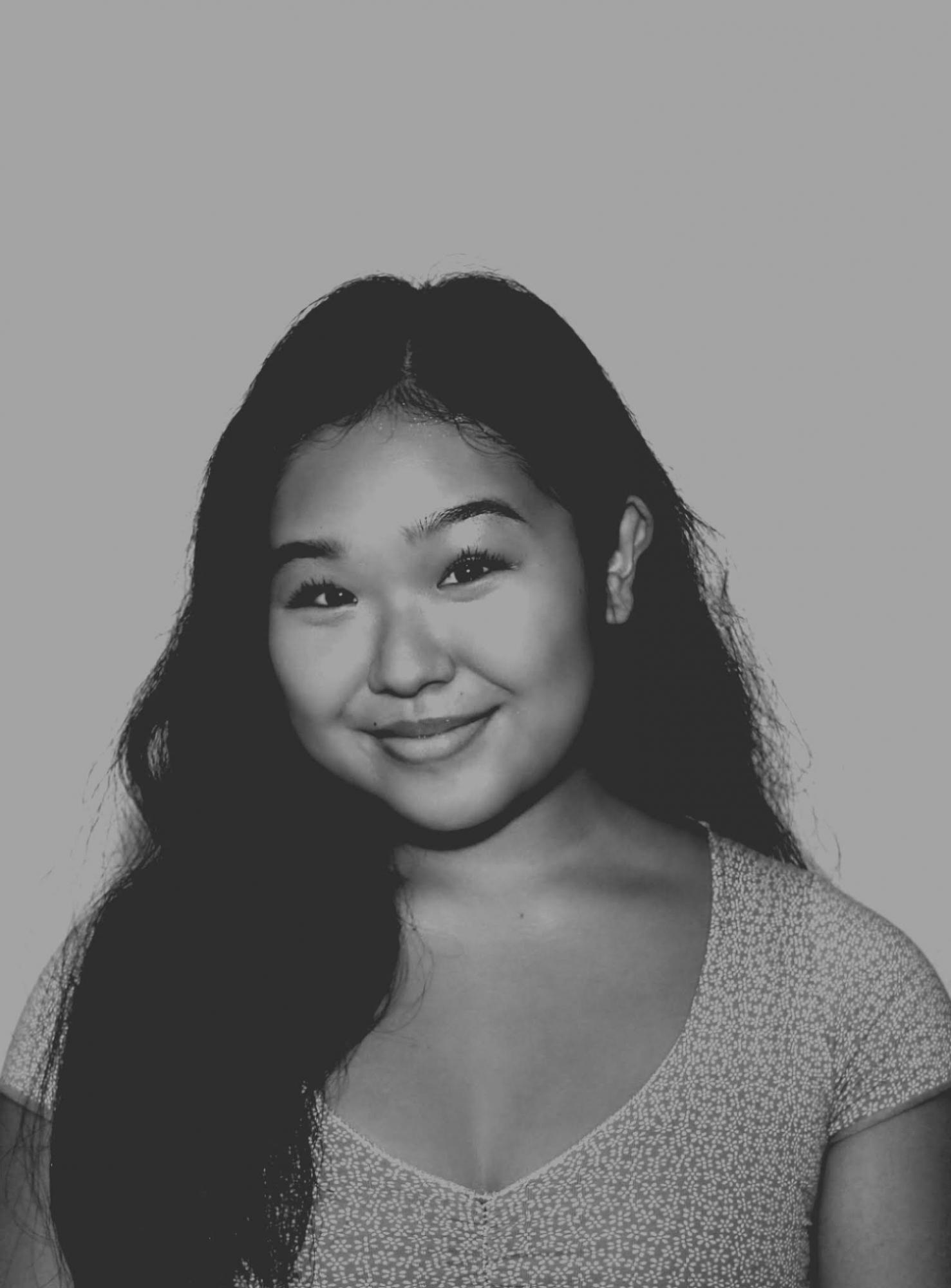 Amanda Giang is a sophomore at Pacific University majoring in Biology and minoring in Dance. She was born and raised in Honolulu, Hawaii, and has always had a passion for performing arts. She has experience in tap, jazz, musical theater, ballet, and contemporary dance. She has trained at Diamond Head Theater and Sacred Hearts Academy. She has participated in various productions and played Clara in last year’s Nutcracker at Sacred Hearts Academy. This is Amanda’s first year participating in Pacific Dance Ensemble and she is beyond excited to meet everyone and be a part of such a welcoming community. 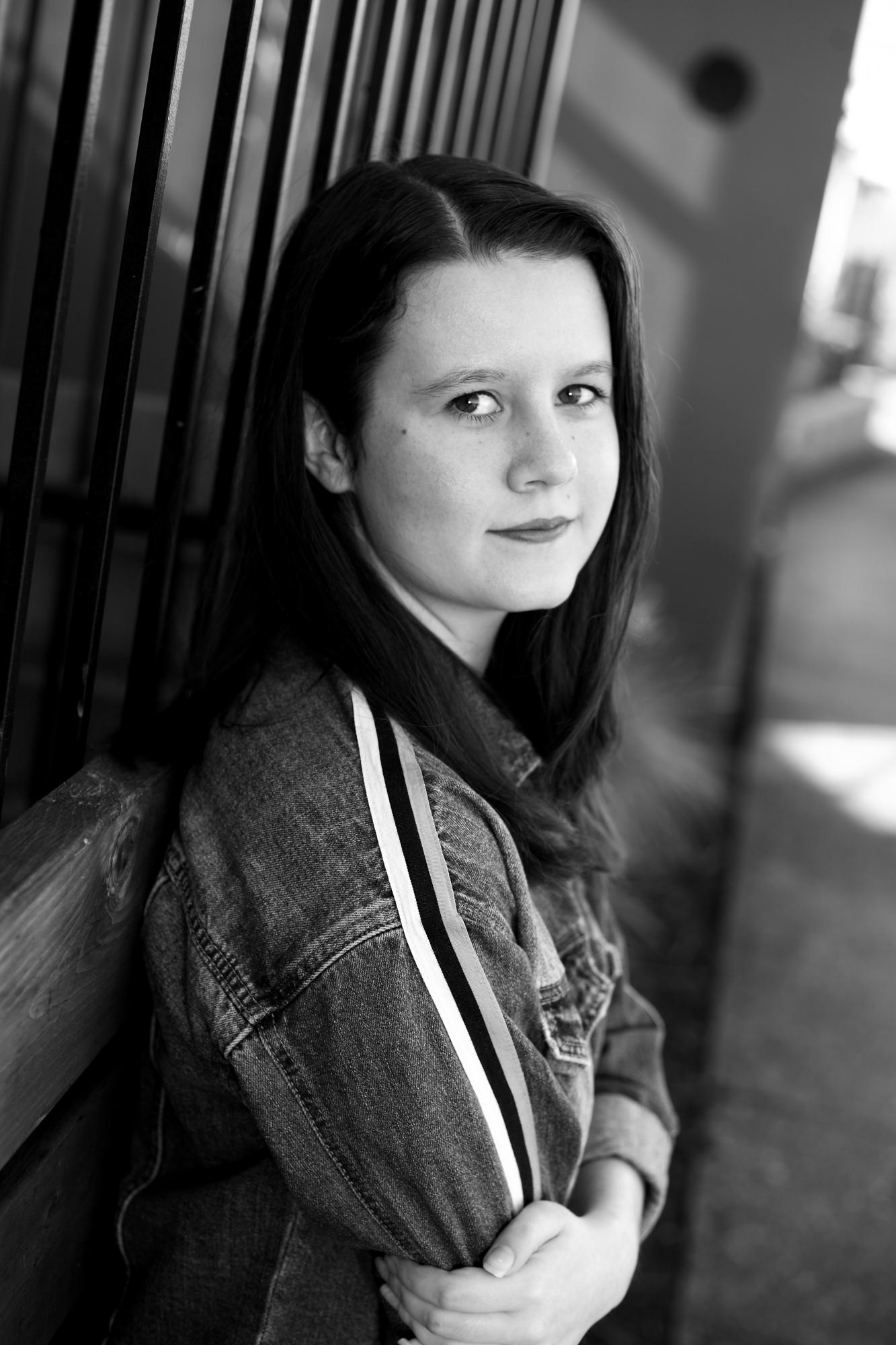 Grace Hankins is a sophomore at Pacific University majoring in dance and film. She trained at Grande Finale Dance Studio in styles such as tap, jazz, hip-hop, ballet, b-boy, and contemporary. Grace also participated in Vancouver School of Arts and Academics dance ensemble for several years training in modern and developing several pieces of choreography. She also co-founded Northwest Tap Gathering for the Portland metro area. This is Grace’s second year in Pacific University’s Dance Ensemble. 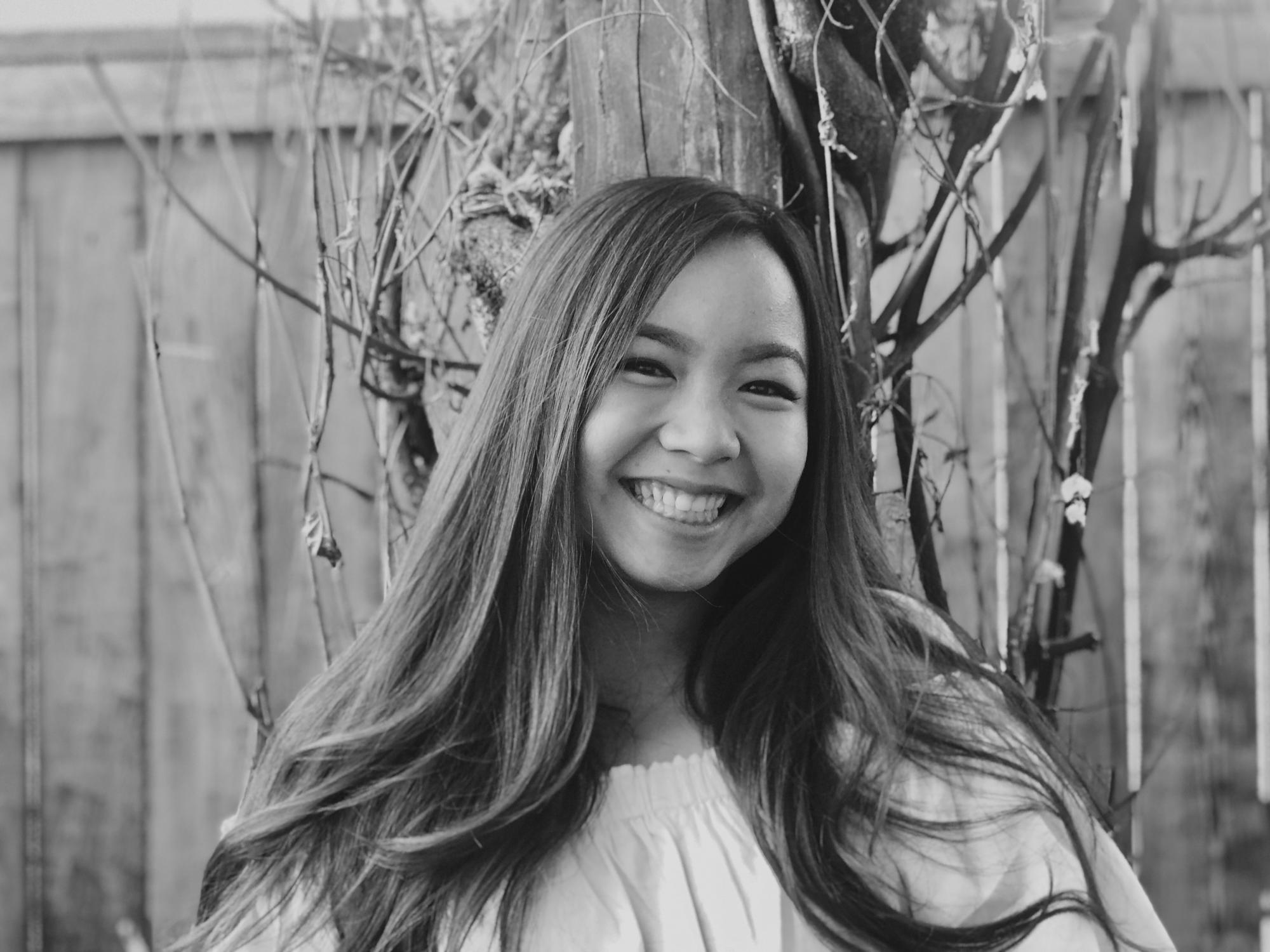 Megan Lem is a sophomore who is majoring in Kinesiology and minoring in dance. She is from Portland, Oregon, where she's been dancing since the age of three. At ten years old Megan became to dance competitively at different studios. Since then, she has trained training in diverse styles and performed for various studios and intensives including a member of Body and Soul Creative Dance.  This is Megan’s second year dancing in Pacific Dance Ensemble and she is honored to be a part of the company and to further her dance career. 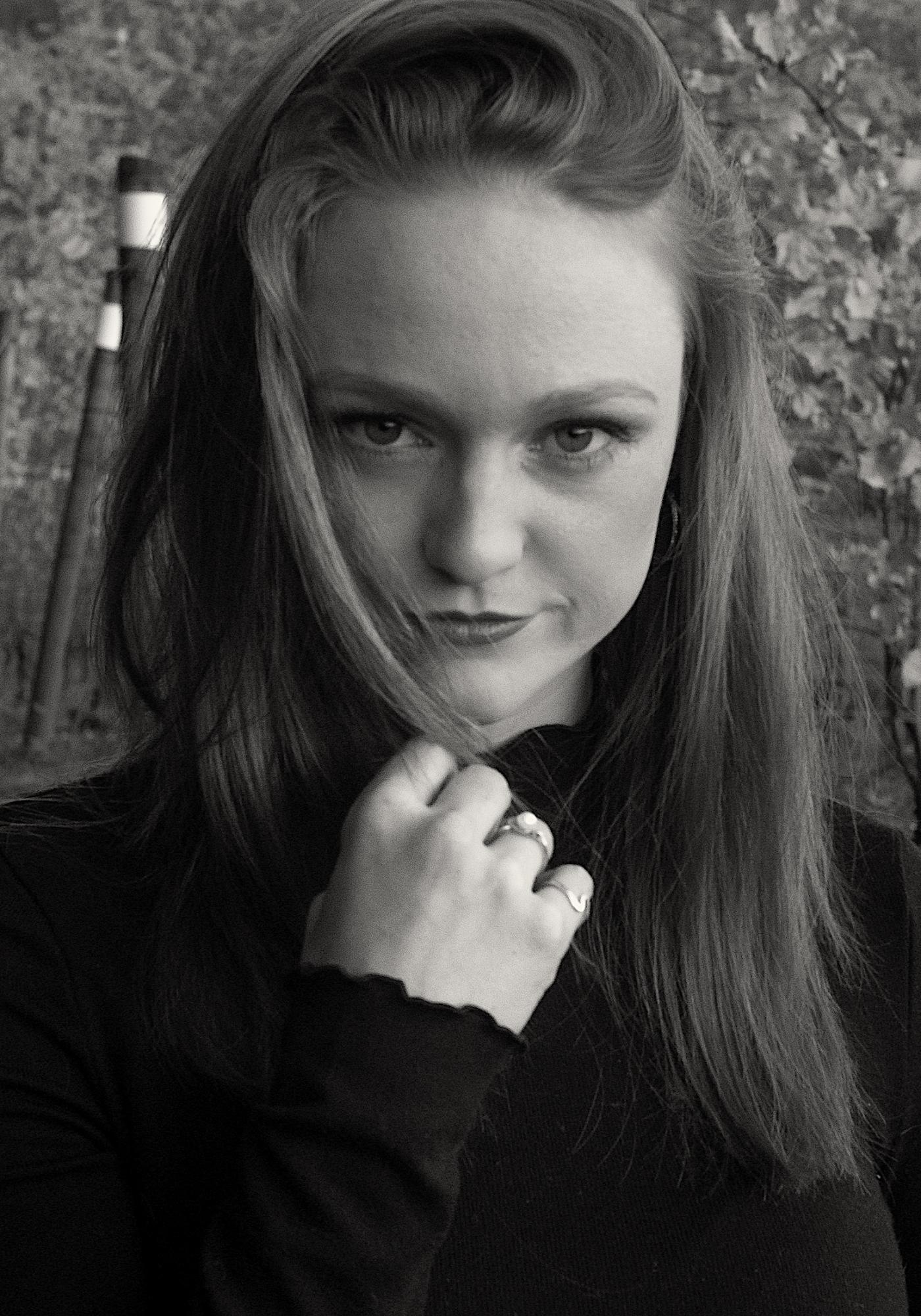 nda Dugied is a senior from upcountry Maui, Hawaii studying dance, exercise science, psychology, and French in pursuit of a career in physical therapy, specializing in preventative medicine for dancers. She began her training and performing with Maui Academy of Performing Arts with an emphasis on ballet and pointe while also training in contemporary styles. Throughout her years as a performer, Lianda has been featured as a soloist in Sleeping Beauty and Giselle. Lianda is excited to be spending her fourth year in Pacific Dance Ensemble alongside creative and talented dancers, studying under the guidance of Pacific’s accomplished professors. 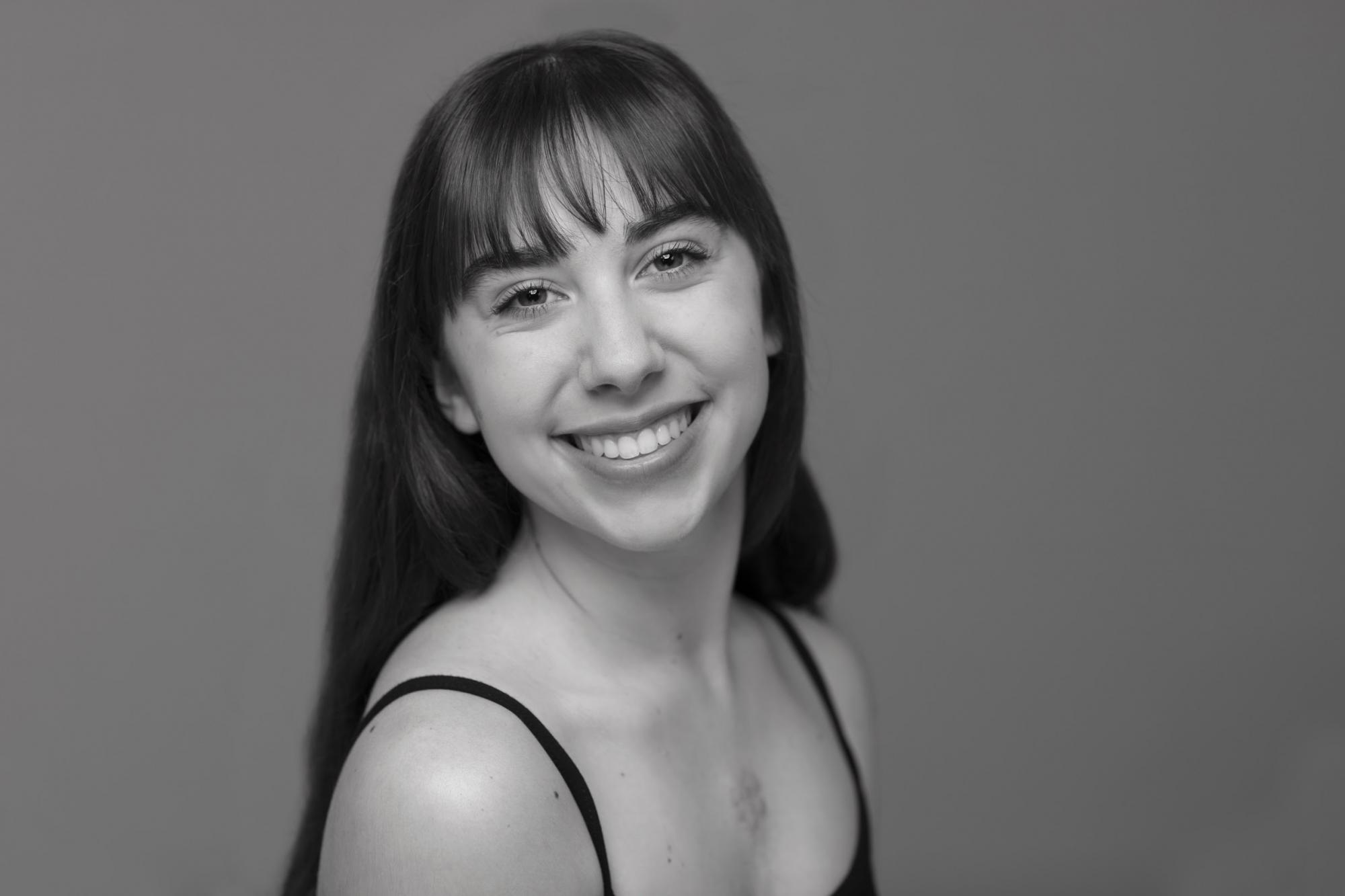 Olivia Angelina Oetker is a junior at Pacific studying Anthropology and Dance. Born and raised in Humboldt County, California, she has been dancing since age four with an emphasis on ballet, pointe, and contemporary dance technique at Trillium Dance Studios. Olivia has trained at various prestigious summer intensives including California Ballet School in San Diego and at Bay Pointe Ballet in San Francisco. In addition to performing classical variations, Olivia has choreographed and presented various works both at her studio and at the International Baccalaureate Dance program at her performing arts high school. She is very excited to be dancing with the ensemble again and its welcoming community. 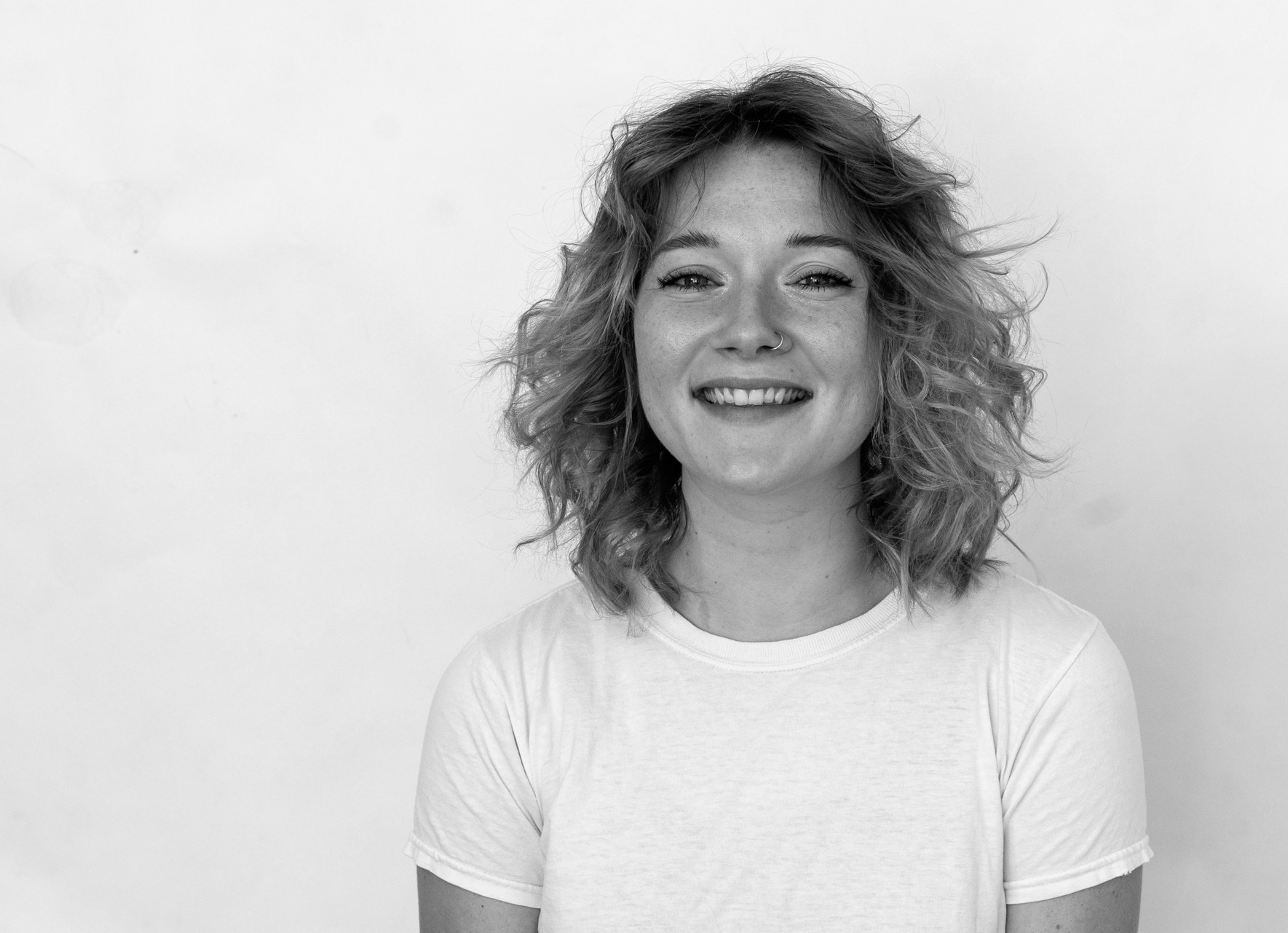 Olivia Parent is a senior majoring in dance and minoring in disability studies and creative writing. She has been dancing since she was little and began training in ballet.  She recently moved back to her childhood home The Pacific Northwest. Olivia trained in ballet, modern, and jazz at a local studio in New Mexico and was able to work with choreographers Ann Reinking & Dana Tai Burgess in company productions. She spent a summer dancing and studying under Mark Morris & company in New York. This experience has greatly developed her love for modern dance and hopes to continue this journey in Pacific Dance Ensemble. 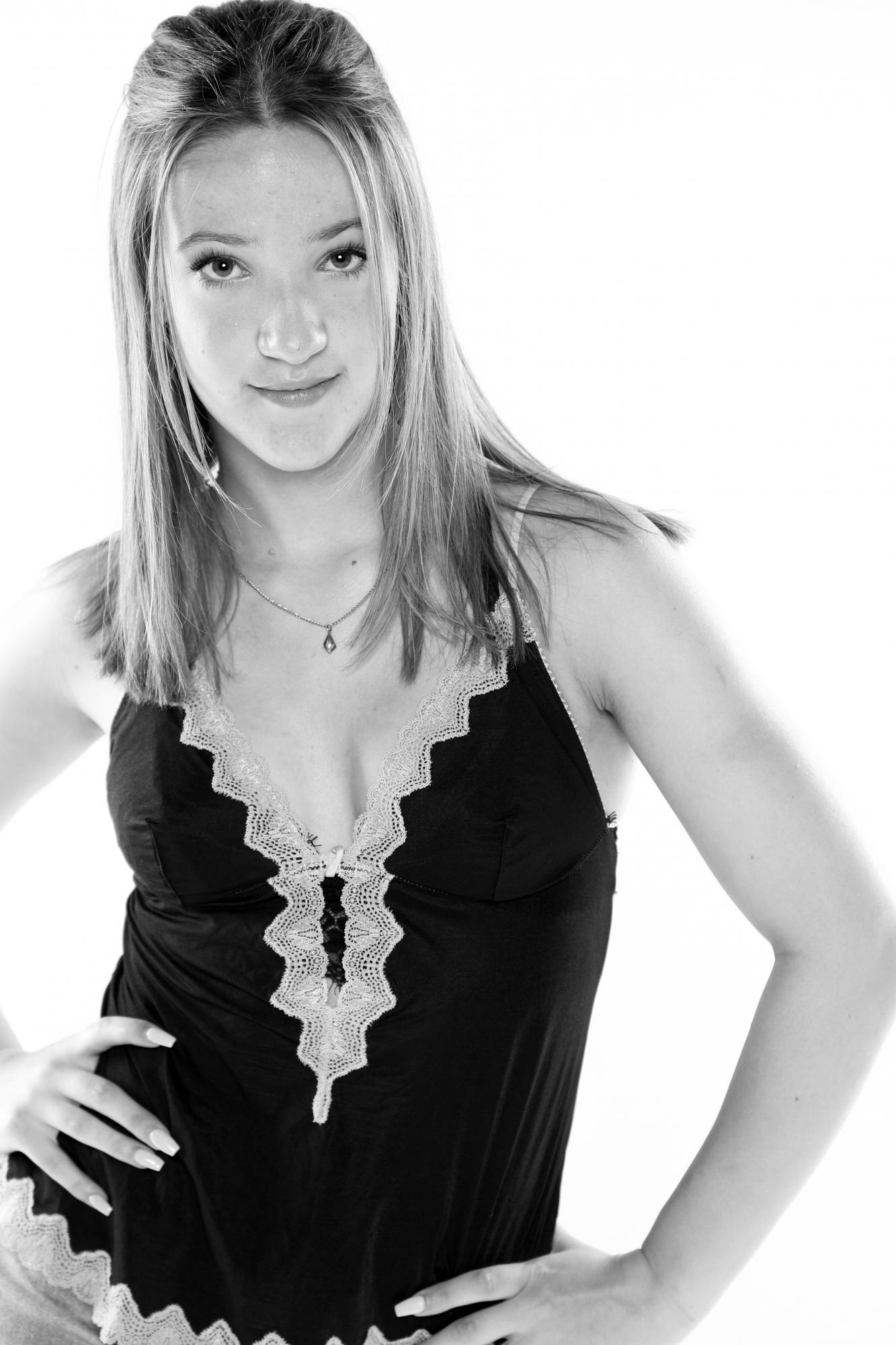 Audrey Wilson is a Freshman majoring in Dance. She grew up in Scappoose, Oregon and has been dancing for 15 years. She received her training from Oregon Performing Arts Studio, and Element Dance studio in Tap, Jazz, Contemporary, Ballet, and Hip hop. During her time there she performed at annual performances and was a part of her studios competitive company where she and her peers were given various awards for their routines. Audrey is very excited to be joining the Pacific Dance Ensemble and community, and to continue her dance journey here at Pacific. 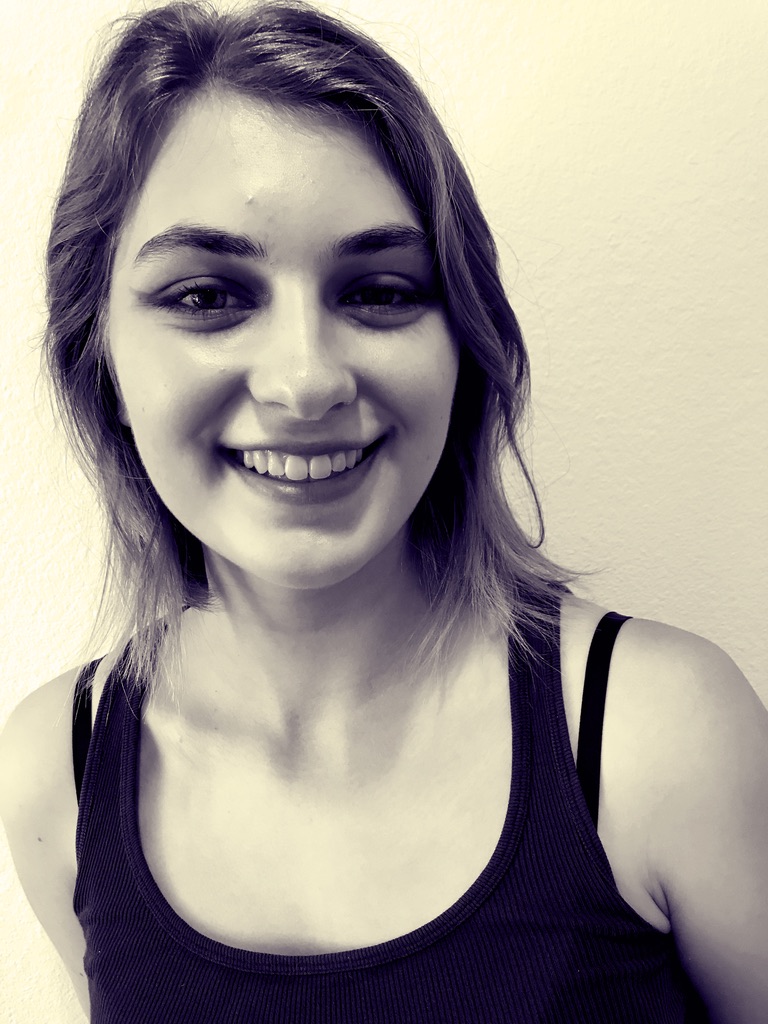 Quintana Franklin is a freshman who began dancing at the age of three where her love of movement and expression quickly became an enduring passion for all forms of dance. With a solid foundation in classical ballet technique, Quintana’s instructors also supported her growing interest and natural ability to quickly learn and perfect choreography in contemporary ballet, modern, jazz and hip-hop. For the past six years, Quintana has performed as a lead dancer with the Center of Movement Art’s dance ensemble in Portland, Oregon, and is excited to start her new journey with Pacific’s dance ensemble. 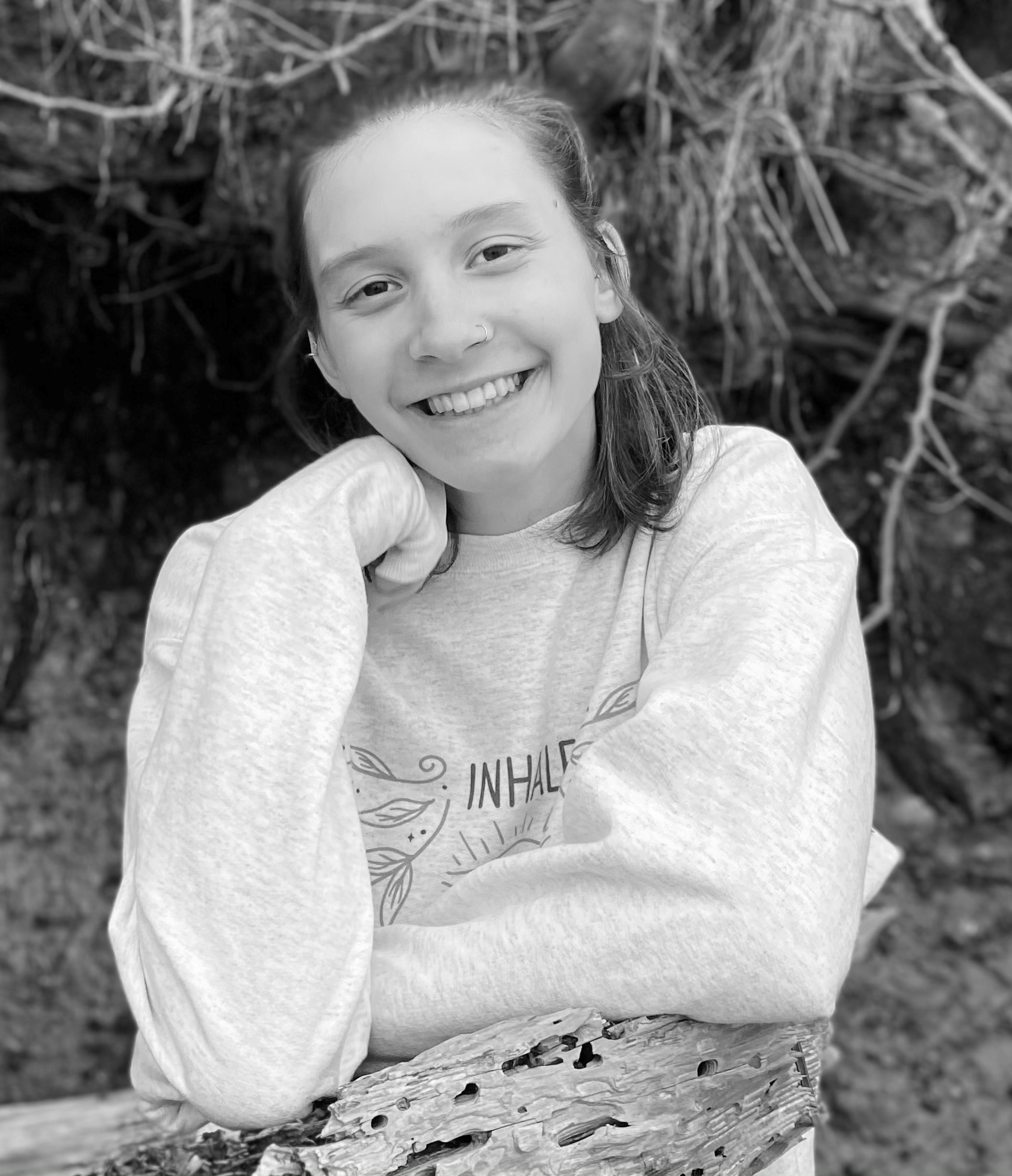 Katie Gillam is a freshman majoring in Dance. She grew up in Bellevue, Washington, and trained in many different styles at Elizabeth’s Dance Dimensions for 15 years. During her time there, she was a member of the competition team, choreographed for multiple shows, and taught younger dancers. She is so excited to be a member of the Pacific dance program for the next 4 years! 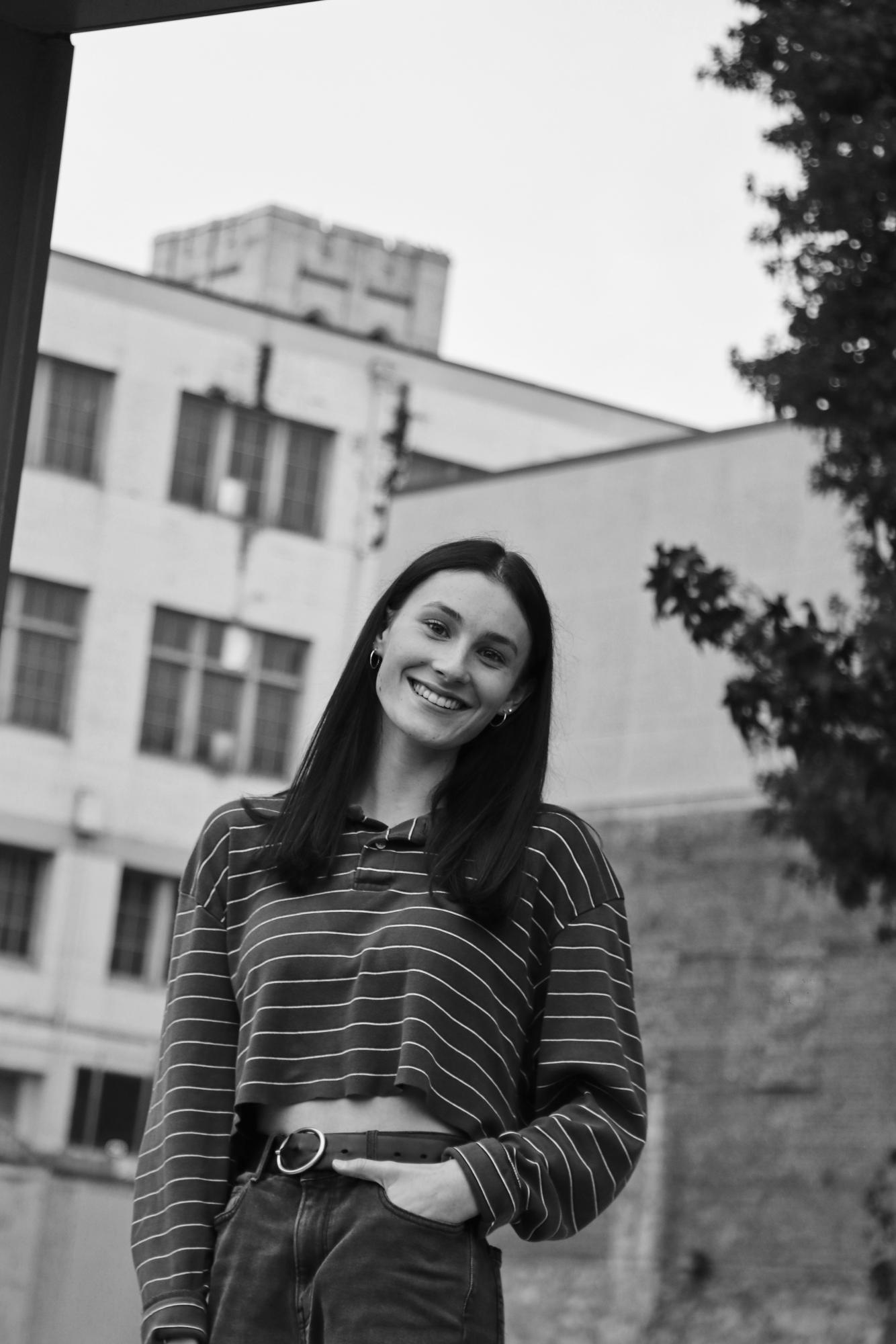 Emaleah Hursh is a freshman at Pacific University from Tacoma, Washington. Emaleah has been dancing since they were 4 years old and has continued ever since. Dance has been a form of expression and has helped with many struggles throughout their life and continuing this art form through college is a dream come true. Emaleah prides themselves in their dancing and is eager for this opportunity to preform once again. 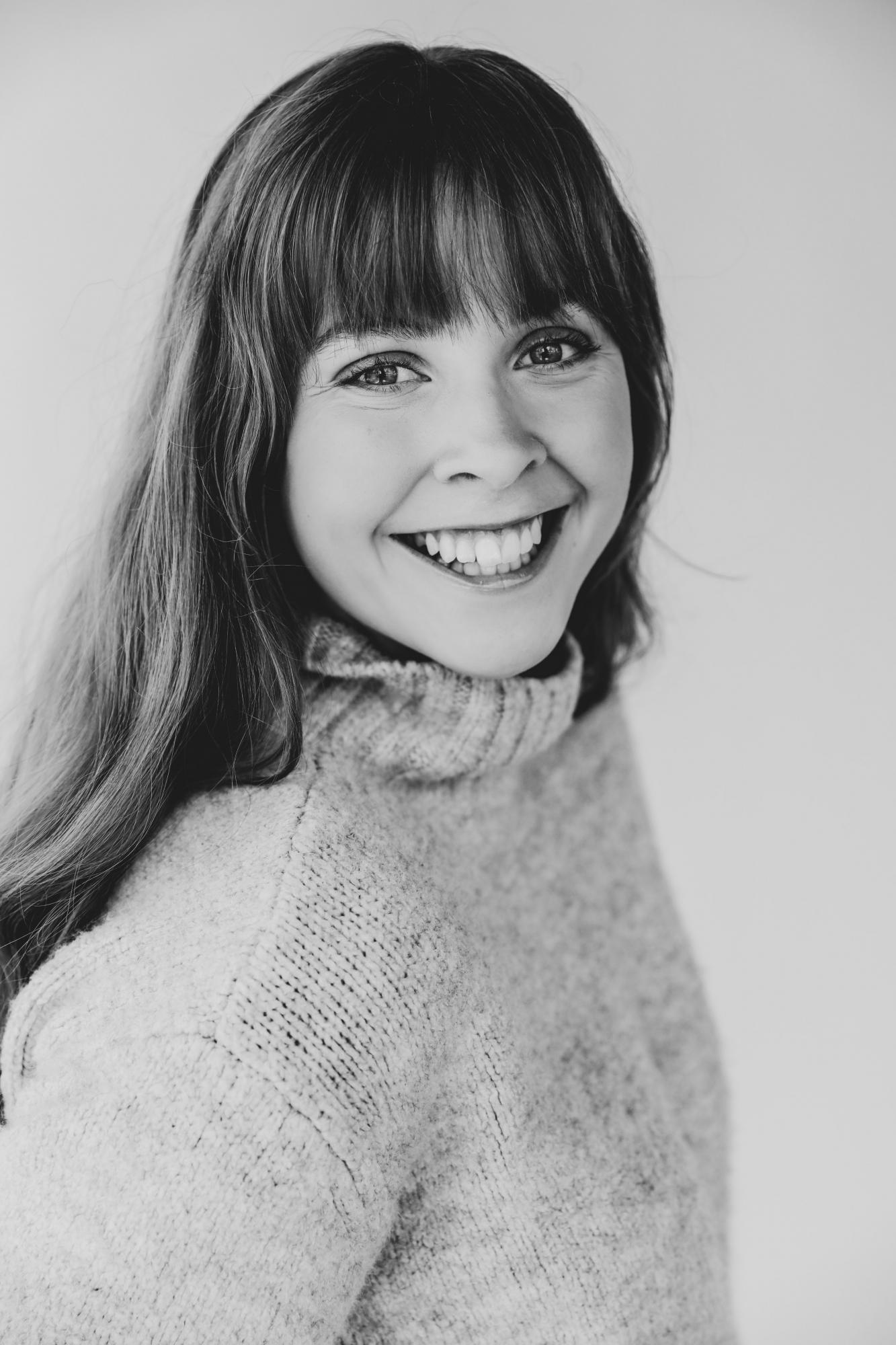 Kayla Cooley is a junior who is double majoring in Education and Spanish, with a minor in dance. She is from Tillamook, OR, where she danced for Dance Zone (Now Northwest Dance academy) and was actively involved in her community theater, TAPA. During her time in Tillamook, she was part of 7 different musicals, including playing Ruby in Dames at Sea and Lucy in You’re a Good Man Charlie Brown. She has taught dance and choreographed there as well. This will be her second year in Pacific Dance Ensemble, and she is thrilled for the opportunity to work alongside such talented artists. 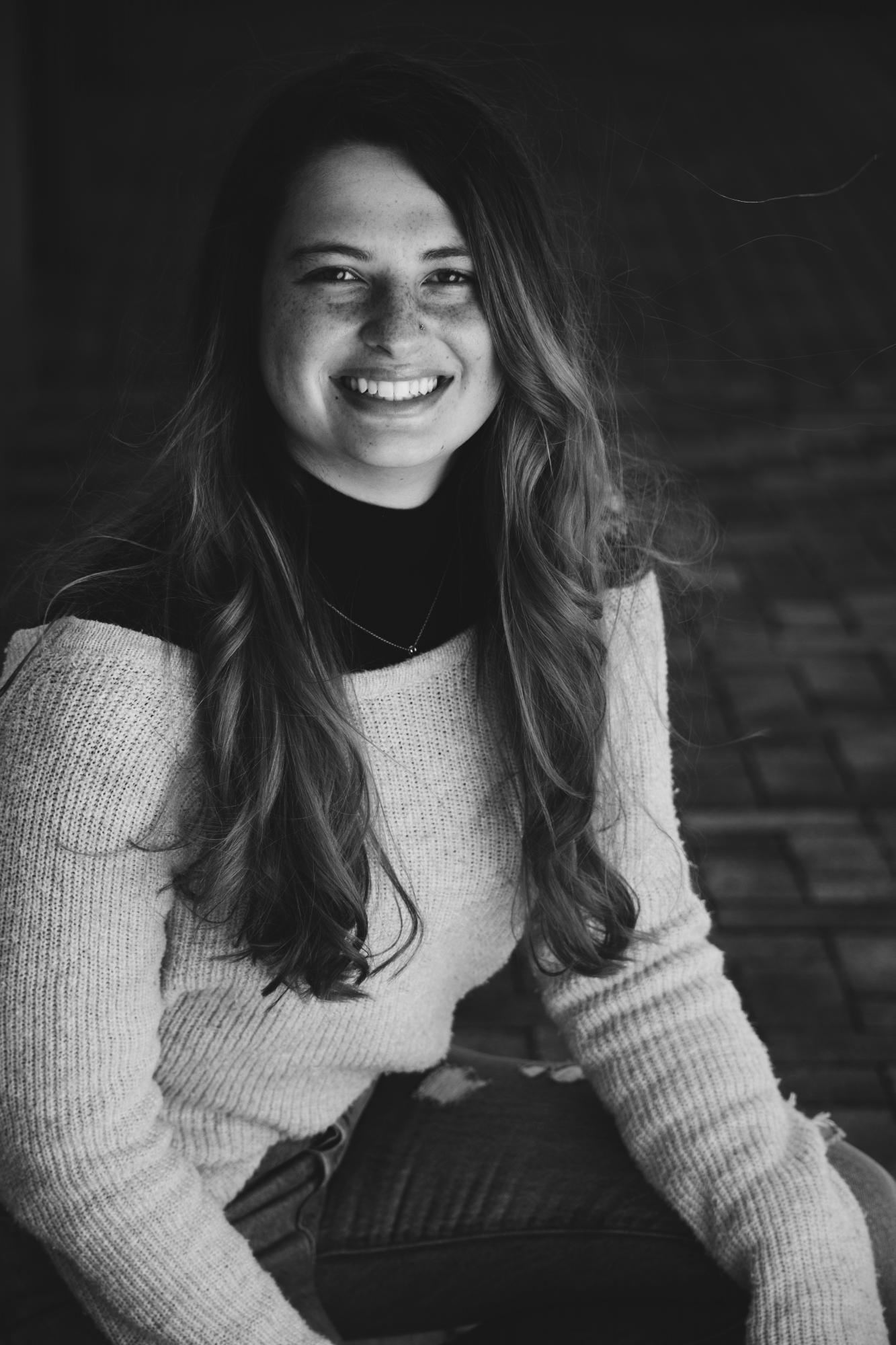 Jamie Jensen is a freshman majoring in Dance with a possible double major in Psychology. This is her first year in the ensemble. She comes from Taos, New Mexico where she studied at Ballet Taos. She has been dancing for 13 years with a focus in classical Russian ballet technique. However, she has also studied contemporary ballet, contemporary technique, and modern technique. She has also taught young children start their dance careers at Ballet Taos. She is so excited to be a part of Pacific University’s ensemble this year. 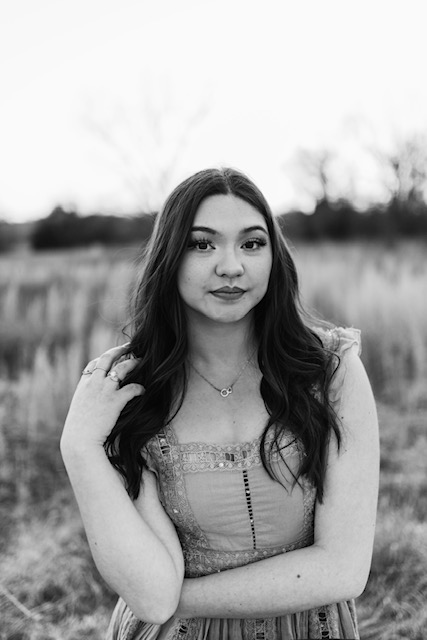 Katelyn Ker is a freshman double majoring in Dance and Media Arts. She attended Arkansas Arts Academy where she was a part of the advanced dance group her senior year. She also danced at Ballet Westside for ten years and a nonprofit group for seven. There she has studied Tap, Jazz, Contemporary, Lyrical, Modern, Pointe, Partnering, Hip-Hop, Musical Theater, and Heels. During this time she was also a part of their competition team where she won numerous awards with group dances, duets, and solos. She was even awarded Stage One Star her senior year, this award is given to a performer with the best technical execution and most professional entertainment skills. She has been a part of multiple shows at school and her studio but most recently she was the Snow Queen in a production of The Nutcracker. She has had the opportunity to teach classes and choreograph a lyrical dance for the studios competition team this past summer. 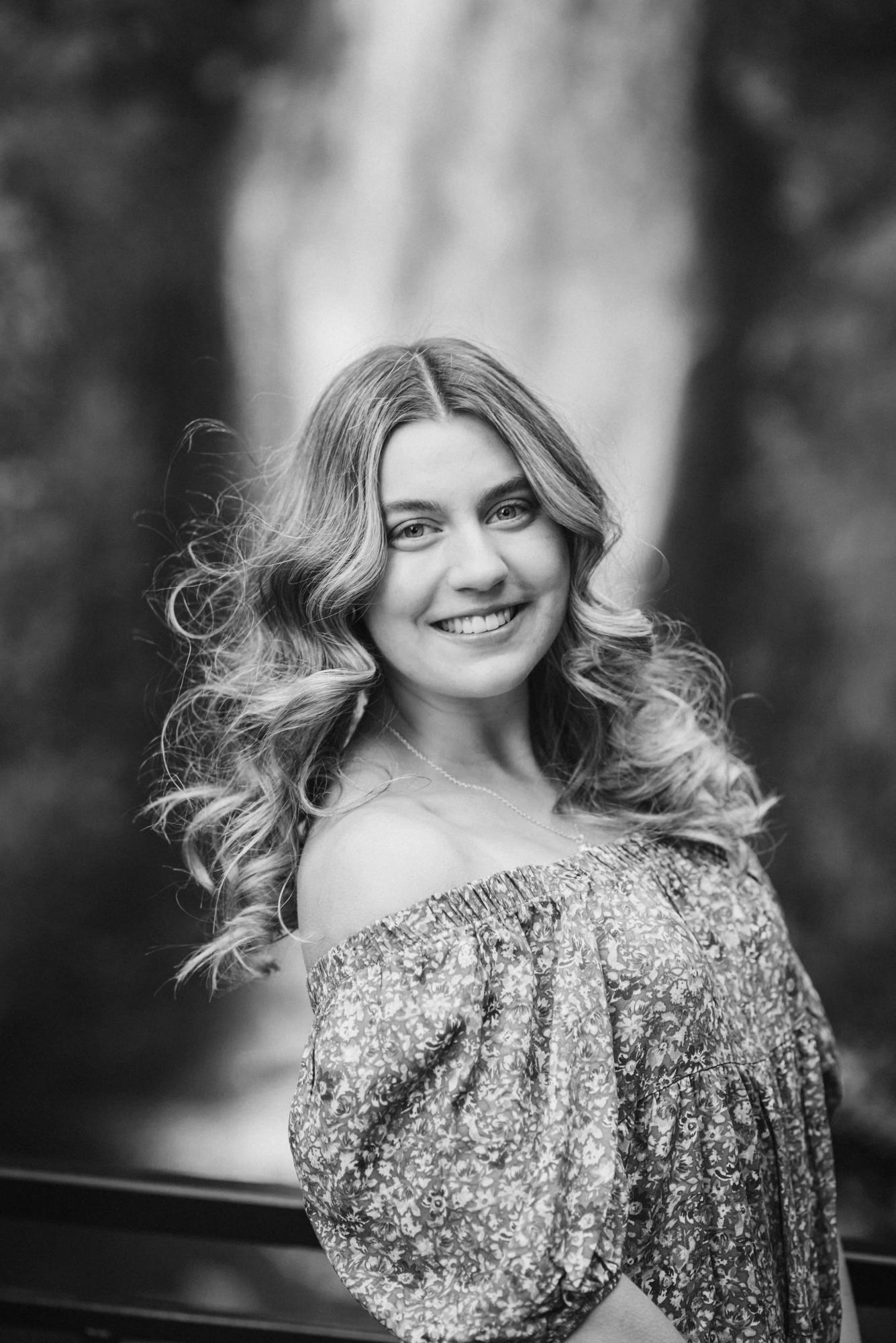 Kirsten Mendel is a freshman from Pendleton, Oregon majoring in Biology and minoring in Dance. She has been dancing many genres of dance, including jazz, hiphop, contemporary, and pom since she was two years old. She was also captain of her high school’s dance team two years in a row, and was named part of the OSAA’s Allstate Dance team as well as a Thunderbird Allstar. Along with her full schedule of dance prior to college, she also taught dance classes at her local studio. Kirsten hopes to continue her passion and love for dance during her first year in dance ensemble. 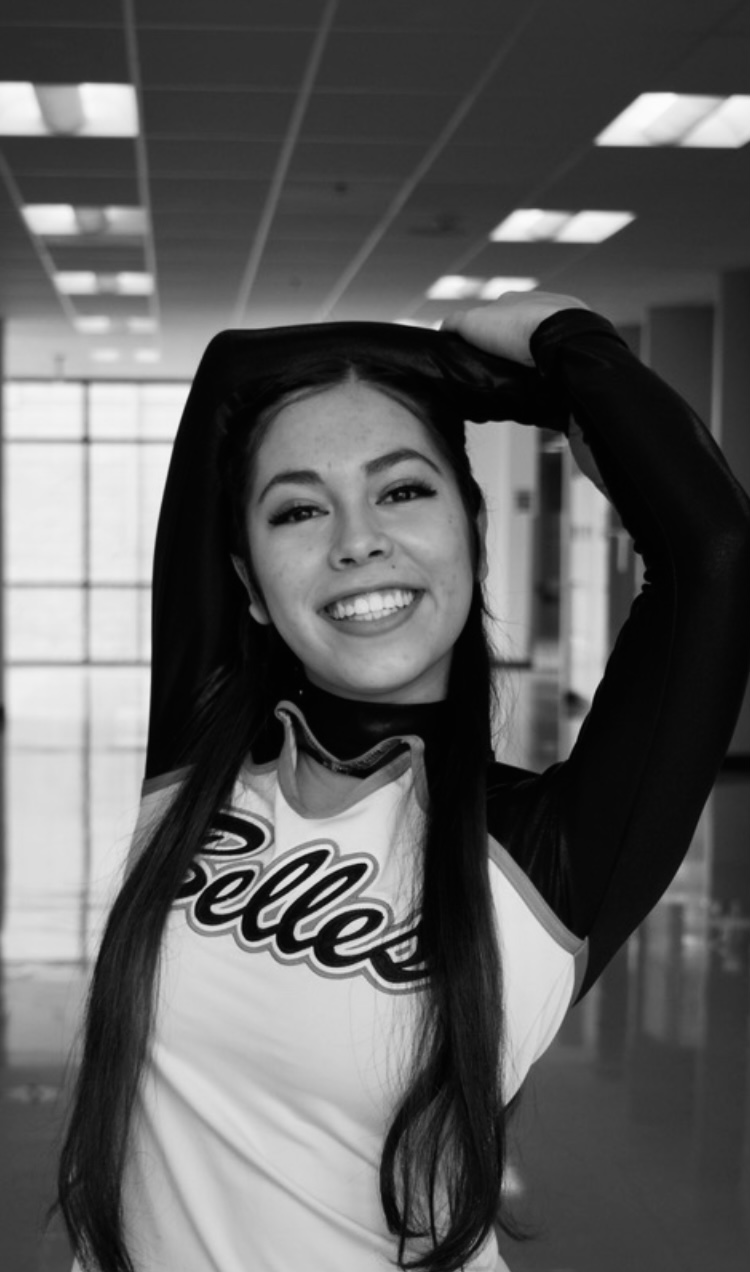 Sara Muller is a freshman at Pacific University and is double majoring in Psychology and Dance. She was born and raised in Hillsboro, Oregon and trained at New Vision Dance Studio in the area. She danced there for about 8 years training in ballet, jazz, tap, contemporary, and hip hop and participated in multiple showcases and performances of The Nutcracker. Sara is very excited to dance at Pacific University for the next 4 years. 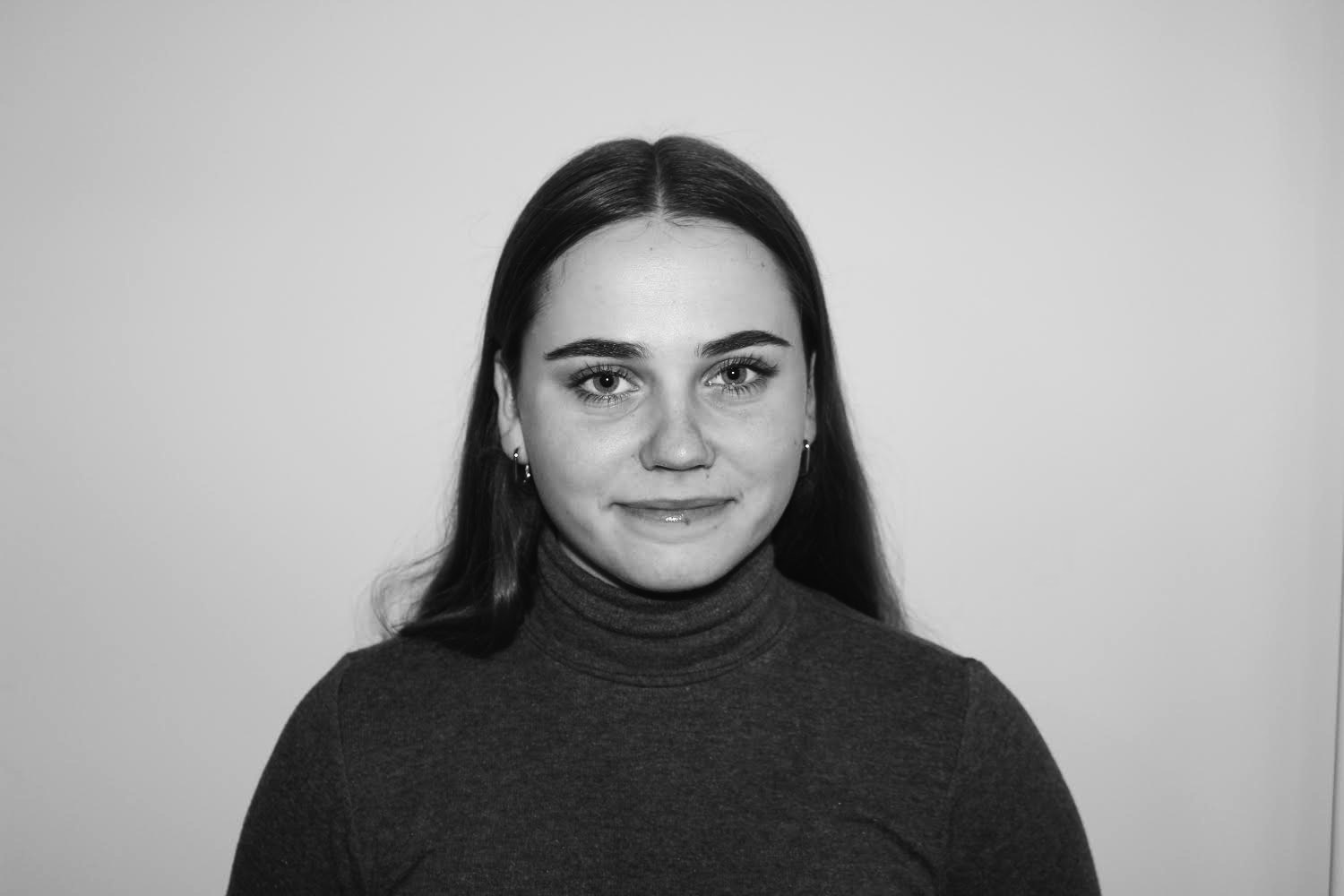 Lauren Sams is a freshman at Pacific University minoring in dance. She is from Redondo Beach, California and has been dancing there since she was three years old. Lauren has been competitively dancing for nine years and is trained in ballet, jazz, tap, contemporary, and lyrical. She is grateful to have been given the opportunity to dance at Pacific and can't wait to grow her experience throughout the next four years. 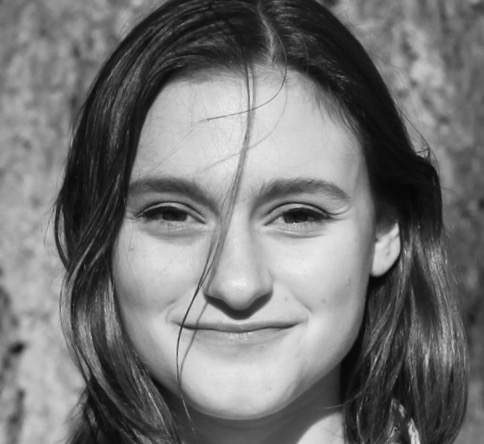 Abby Weinman is a Junior double majoring in Theater and Film. Abby was born and raised in Portland, Oregon. She received her dance training at Northwest Dance Project, studying ballet, contemporary, and hip-hop. She has been featured in numerous dances for her studio’s yearly showcase. For her high school senior project, Abby had the opportunity to choreograph and perform a contemporary dance piece. Abby is incredibly excited to return to the ensemble and the dance community at Pacific.