To learn more about Lorely French and her accomplishments look at her resume. 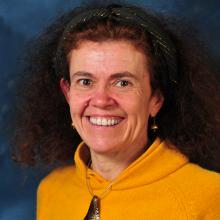