By
Mike Francis, Photos and video by Robbie Bourland

Dijana Ihas knows adversity better than most. As a member of the Sarajevo String Quartet, she endured the longest siege of a capital city in the history of modern warfare, playing her viola in public through the four-year period in the early 1990s when the city was under attack by Bosnian Serbs.

Today she is an associate professor of music education at Pacific University, teaching music students in a quiet academic outpost in the northwestern United States. Her talent and energy as an instructor and conductor of the Pacific Philharmonic Orchestra has drawn applause from many quarters, evidenced most recently by her selection in early 2021 as Oregon Music Educator of the Year. The Oregon Music Education Association described her as “a world-class violist, an outstanding conductor, and a devoted music educator.”

Surviving the Breakup of Yugoslavia

In Sarajevo, Ihas played in the city’s leading ensembles. But it was the Sarajevo String Quartet, which played for audiences amid the rubble of war, that helped bring international attention to the plight of the city.

It was a harsh and disorienting time, as residents of the sophisticated city of red roofs and classical architecture struggled to survive through shortages of food, water and electricity. They raced through checkpoints to avoid being exposed to enemy fire. Many died during the siege, and funerals punctuated daily life in the city, which had hosted the Winter Olympics less than 10 years earlier.

The members of the Sarajevo String Quartet knew it would be too difficult to assemble as many as 60 musicians to play together, because it would require so many people to cross dangerous intersections, where snipers could strike them down.

“But with four of us, maybe we can find a way,” Ihas explained, “and we can at least practice.”

They did, playing to empty rooms for their own pleasure. After a couple of months, the members of the quartet decided to hold a public concert. They scheduled it for an afternoon in early June. When they arrived, the audience consisted of about five people, all family members. Bombs could be heard in the distance. 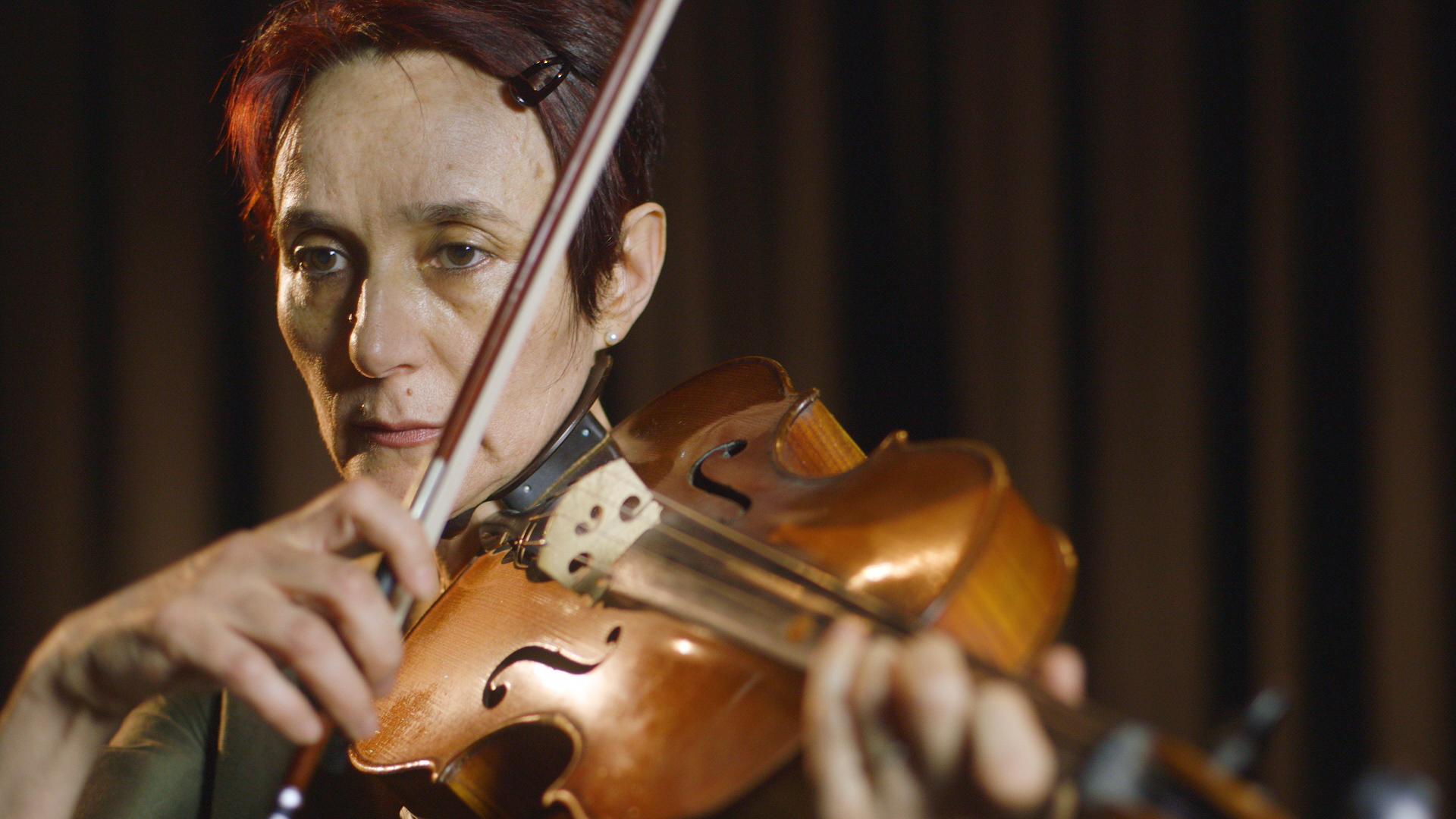 The quartet launched into Mozart’s Eine Kleine Nachtmusik. Passersby heard the sweetly familiar sounds of the serenade and began to drift inside. By the time the piece had ended, about 20 people had gathered to listen.

“So we looked at each other, yeah, it’s worth playing further,” Ihas said. “At this point you hear really strong detonations. Now are they are really bombing much closer. So we are on a stage and we are thinking, ‘Does this really make sense to keep playing when bombs are coming so close?’”

But the audience was silent and attentive, showing no sign of alarm. So the quartet kept playing.

During interludes when she wasn’t playing, Ihas said, she began to recognize that playing music wasn’t merely something to do to please oneself, but to uplift many. It has a power that reaches far beyond the acoustics of sound.

“Music as a symbol of human spirit and creativity is stronger than these bombs that are coming,” she said.

When the concert was over, audience members said they were enchanted by the unexpected beauty beckoning through the rubble of war. Please keep playing, they told the members of the quartet.

And so they did.

Over the next 3-1/2 years, the quartet played 206 concerts. They played in bomb-damaged hospitals, mosques, churches, the front lines — anywhere audiences wanted them to come.

In time, the world pressed for a diplomatic solution to the crisis in the former Yugoslavia, and ultimately the presidents of Serbia, Croatia and Bosnia and Herzogovina signed the Dayton Accords in November 1995. In the aftermath, the United States opened a special window for refugees, and Ihas and her child took advantage, followed shortly by her husband.

Encouraged by her professors, she applied for a PhD program in music education at the University of Oregon, in a town she couldn’t even pronounce, and was accepted. As part of the program, she worked in the Salem (Ore.) School District, where she led the Sprague High School Orchestra. Under her direction, the high school orchestras won multiple state and national competitions.

Then came word that Pacific University was looking for a music professor who could organize and operate a string project. The project would bring high-caliber, after-school music instruction to students in the community who were unlikely to be exposed to it, as well as an opportunity for undergraduates to teach in a rigorous environment. Under Ihas’s direction, the project has won multiple awards and national recognition.

Music has taken Ihas from one world to another, from a war-torn city to the leafy campus of a university called Pacific — the Latin word for peace.

This story appears in the Spring 2021 of Pacific magazine. For more stories, visit pacificu.edu/magazine.