Samantha Trulock '14: Her Aim is Tru

“We do this every time. You’ve found a heart that’s not mine. I’m done being your in-between. Someone when you need to feel something.” 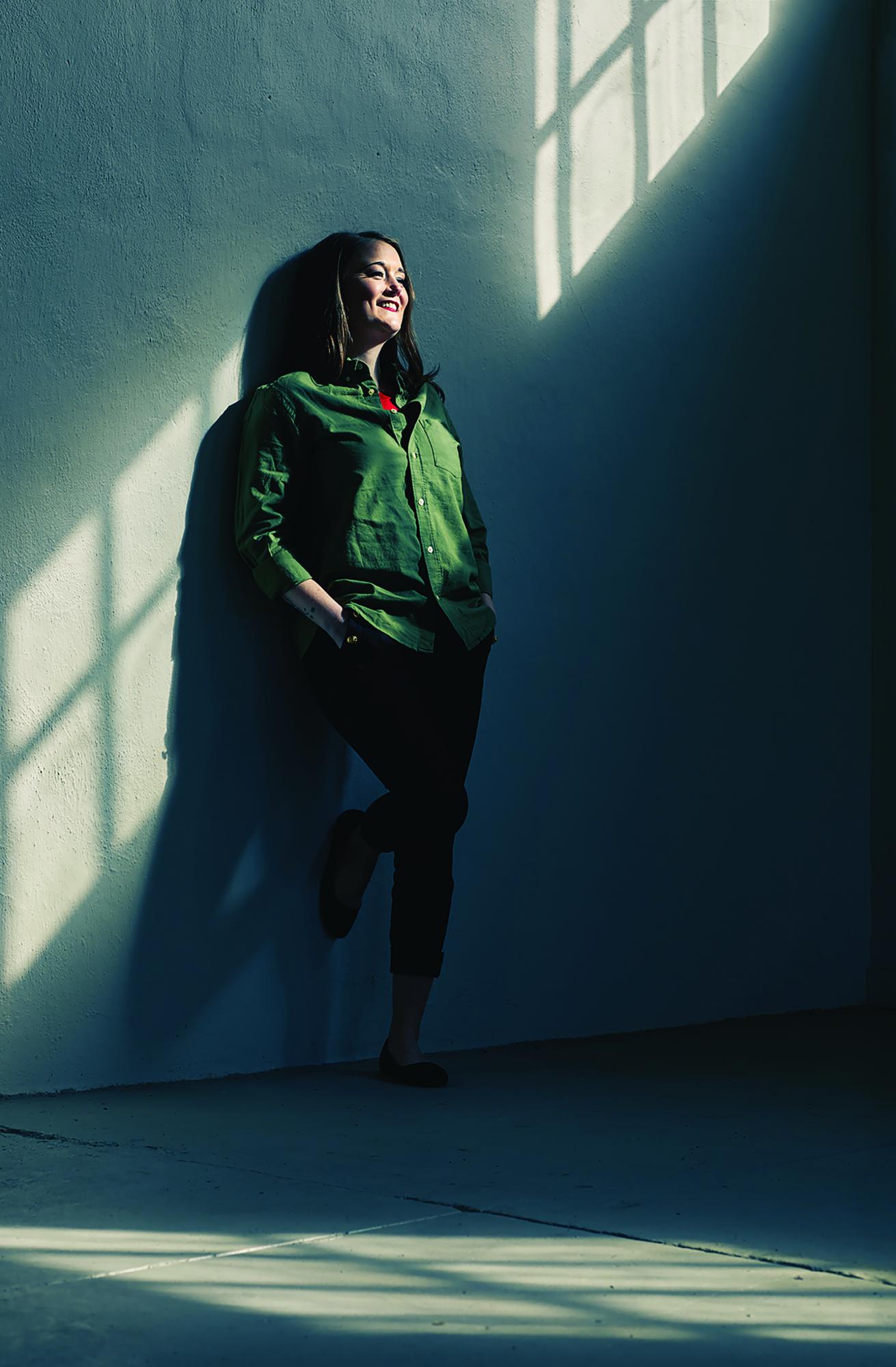 Her voice is warm, clear and inviting. It’s pitched just right, with accents that emphasize notes of longing, weariness and resolve. And the voice sparkles on the first Sam Tru album, Cycle.

Samantha Trulock ’14, known professionally as Sam Tru, has attracted attention for her 2020 debut. Jazz Weekly wrote, “She’s got a storyteller of a voice, with most of the lyrics dealing with loneliness or failed relationships.” Downbeat magazine wrote last year, “Sam Tru’s debut, Cycle, offers up a persistent theme of unrequited love, harmonies that entertain the ear, an excellent band and an Amy Winehouse-sounding mournfulness that overlays the eight tunes here.” The album made it to the second round of selection for the 2020 Grammys in the categories for Album of the Year, Best New Artist, Best Pop Solo Performance and Song of the Year, for “Let Me Down Easy.”

Trulock is at a promising but frustrating juncture of her career. Though she has won praise for her first album, which is a polished collection of original jazzy pop tunes with a whiff of blues, COVID-19 has largely kept her from performing live to promote sales.

When March 2020 rolled around and COVID restrictions were put in place, “it stalled everything,” she said in a Zoom interview from her home in Boise. She is able to do a socially distanced gigs at the dinner theater venue where she works, but in normal times, she’d be on the song circuit, introducing audiences to her songs and her gift of a voice. Instead, she’s working full time at the restaurant and living modestly in her apartment.

”It always had been a goal for me to put out an album,” Trulock said.

Releasing an album, at least a professional album like Cycle, is no casual project. It started with the songwriting. Trulock wrote or cowrote all the songs on album. She shared credits on several songs with her producer, Jeff Baker, who she met when she sang in the jazz choir at Portland State University under his direction.

The more they worked together, the more clear it became that there was a Samantha Trulock album waiting to be unlocked.

“I was writing songs, and I’d bring them to him, and he’d kind of push me and produce the songs a little bit, and we’d collaborate a little,” she said. “And he’d bring songs to me.”

There aren’t any rough edges on Cycle. The production is sharp, the mix is right and each member of the band — Tru, guitarist Gregory Uhlmann, keyboardist Justin Nielsen, bassist Clark Sommers and drummer Matt Carroll — brings balance to the sound. And here’s the thing: Trulock paid for it all, with some crowdfunding help.

She saved money, played fundraising shows and had a 2017 GoFundMe campaign with a goal of raising $10,000. But the total tab for Cycle, which included flying the musicians to Los Angeles to record, ended up costing closer to $20,000, she said.

That’s not cheap, but in a normal world, a finished album would lay the foundation for a tour, which would expand awareness, which would boost album sales, which would lay the foundation for a second album. Unfortunately, Cycle was born into a world that is decidedly not normal. Not only did the pandemic disrupt plans in all sectors of the economy, but the music industry itself is undergoing a profound transformation as performers and audiences shift to streaming.

Instead of playing shows to live audiences after the album came out in January 2020, Trulock has been performing online, on Instagram, her Facebook page and in intimate settings online. Her songs are on Spotify, YouTube, Amazon and elsewhere. (They are not to be confused with songs by a rapper who also goes by the name of Sam Tru. It’s easy to tell the difference between them.) Trulock is learning about Twitch TV and hopes to produce a consistent Twitchstream soon.

“I haven’t chosen the most stable of careers,” Trulock acknowledged.

Hitting the right notes along the way

Trulock grew up in a fertile environment for an aspiring singer. Her grandmother and her sisters recorded professionally, her sister is a practiced thespian and her parents were encouraging as she worked her way through school choirs.

”I never thought of doing anything other than singing,” she said. “I don’t have any plans to stop.”

When it came to choosing a college, Trulock considered a range of schools up and down the West Coast. She already was plugged into the world of choir, having performed with peers from California, Washington, Oregon and Idaho. Pacific University, she said, “was the most welcoming to me.”

Niederloh, who also teaches at Portland State, steered Trulock to Baker while Trulock was still a student at Pacific. After Trulock graduated, she continued to take voice instruction from Baker and sing in PSU’s jazz choir. That was how their collaboration began.

About the same time Cycle was wrapping up, Baker launched a label called Next Records. Trulock became the label’s first artist and Baker helped market the artist and the album, leading to reviews in the national jazz magazines and, for a brief time, a No. 1 ranking among Amazon’s downloads.

"She is a rare talent that can stop a room twice,” Baker writes. “Once when she walks on stage, and again when she opens her mouth."

With the end of the pandemic seemingly on the horizon, Trulock imagines a new chapter in her career.

“My next step is to work on getting consistent with live streaming to promote my current album, and then in the summer work towards outdoor gigs,” she said. “I am constantly working on new music and hope that I can get a second album out along with some video content!”■