Jeremy Parkinson ’16 suspects that his senior project may have been one of Pacific University’s most expensive.

At nearly $8,000, the tiny house that he built as his sustainable design capstone came in under budget — but still well above what most students invest in their projects.

Then again, he and his partner, environmental biology major Camie Westfall ‘16, got a home out of it.

“We both needed a place to live. I needed a capstone,” Parkinson said. “This was cheaper in the long run than getting an apartment or living on campus.” 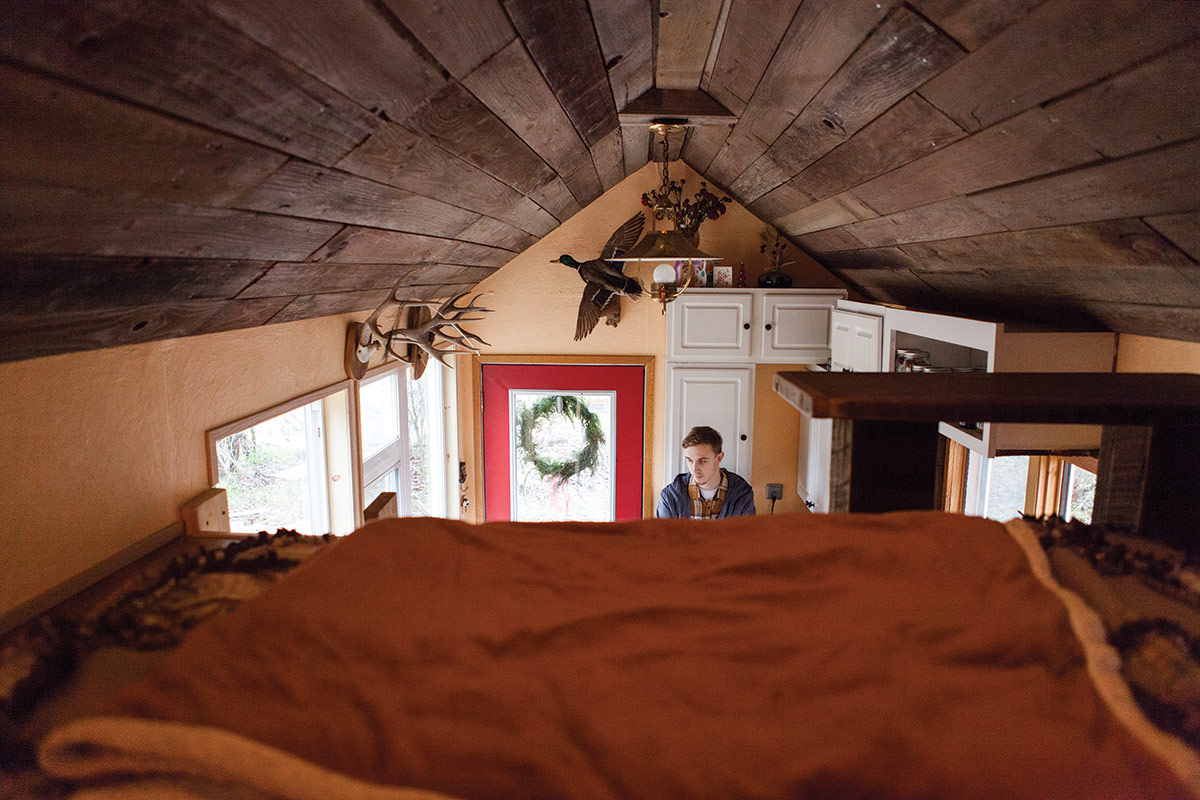 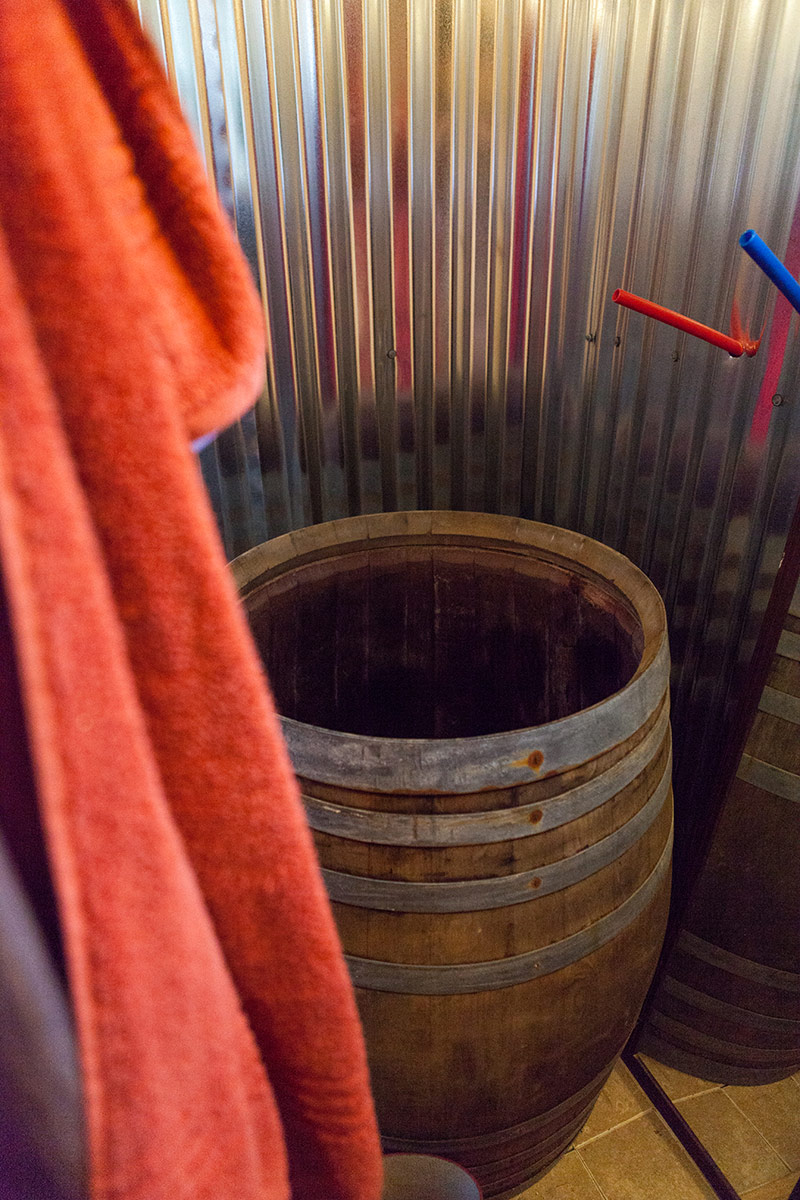 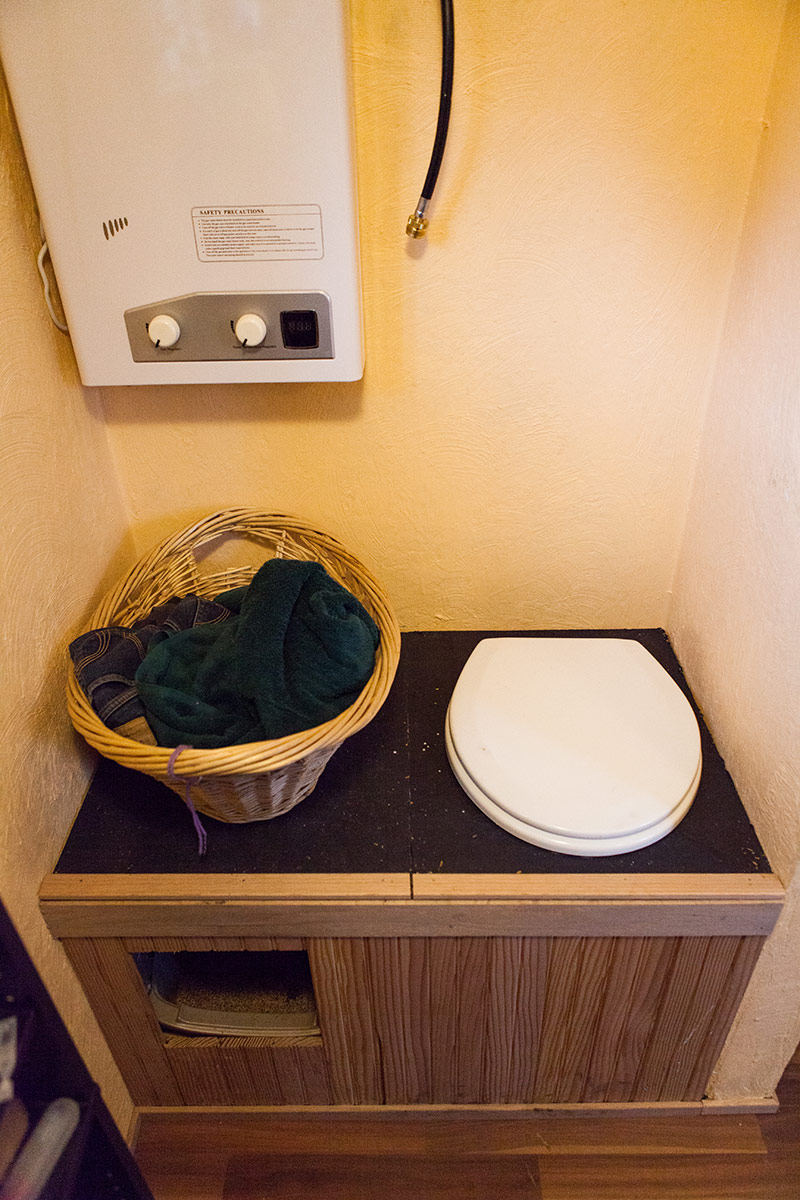 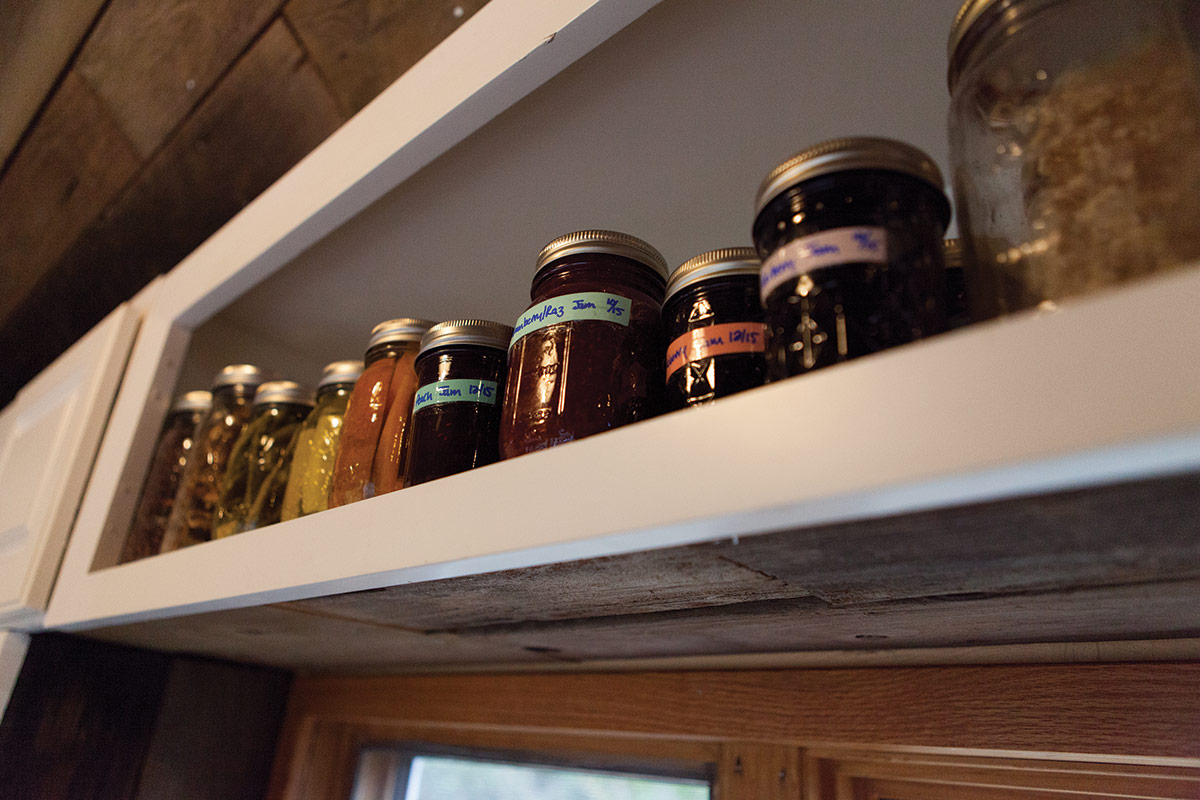 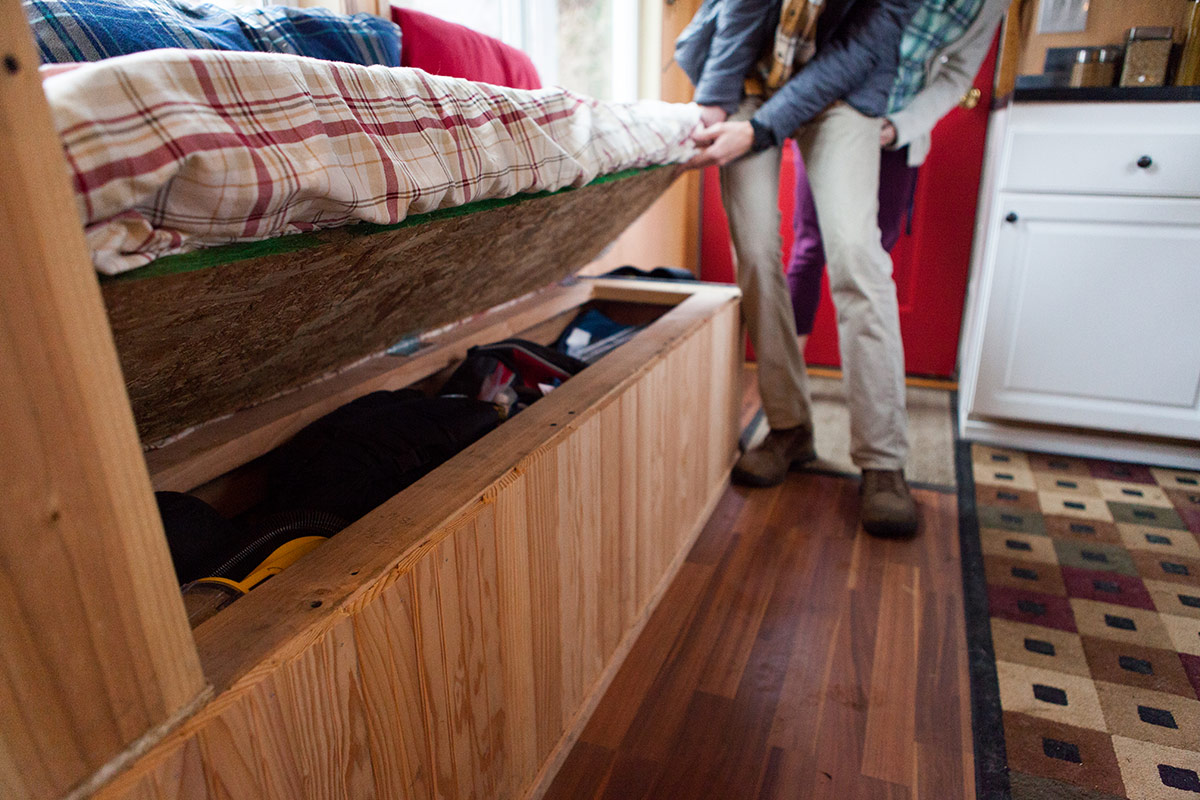 Human and cat ladders lead to a sleeping space in the loft.

A solar-powered pump flows captured rainwater through a propane heater for the shower.

Canned goods perch on a high shelf in the kitchen.

Guests can sleep on the fold-out bench that doubles as storage.

Parkinson and Westfall spent Fall 2015 building the house with support from friends, family and the knowledge they gained in classes and from watching the DIY television shows devoted to the tiny house craze.

Built in large part with repurposed materials, the 230-square-foot house features a rainwater catchment system to feed the shower, propane-powered hot water and heat, bucket composting, and a careful design that maximizes space and minimizes consumption of resources. Eventually, it will feature solar panels that will allow the couple to live completely “off the grid.”

It took some adjustment for the couple — and their two cats — to live in the small quarters, but they say it’s worth it.

“I had to severely reduce the clothes I had,” Westfall admits. “You have to really think about life and what you need. But it feels good to recycle and be sustainable.”■

This story first appeared in the Spring 2016 issue of Pacific magazine. For more stories, visit pacificu.edu/magazine.