In mid-19th century America, most married women were subordinate to their husbands.

That’s why many of the early histories about the Tualatin Academy focus most sharply on the men who led their families into the mission field in the region; men like Henry Spalding, Cushing Eels, Elkanah Walker and Asa Smith.

But Mary Richardson Walker seems to have been a vigorous participant from the earliest days of what became Pacific University. She was born in Massachusetts in 1811, married Elkanah Walker in 1848 after a brief courtship, then traveled 3,000 miles to the Whitman Mission that spring and summer. She was pregnant on the journey and, according to accounts, forced to ride sidesaddle the entire way.

Her journal during this time contains this much-cited entry:

“Rose about five. Had early breakfast. Got my house work done about nine. Baked six loaves of bread. Made a kettle of mush and have now suet pudding and beef boiling. I have managed to put my clothes away and set my house in order. At nine o’clock pm was delivered of another son” (Diary, March 16, 1842).

The event that became known as the Whitman Massacre, in which 13 white missionaries were killed by members of the Cayuse tribe in 1847 near present- day Walla Walla, Wash., led other missionaries in the area, including Elkanah and Mary Walker, to relocate to the southwest. The Walkers went first to Oregon City, then to the Tualatin Plains, where they helped found Tualatin Academy, the forerunner of Pacific University.

"She was widely known as 'Grandma Walker' and when her death took place... the sad news was swiftly heralded all over the North Pacific Coast."
—Oregon Native Son and Historical Magazine

The Walkers donated a building and part of the land that became Pacific’s Forest Grove Campus. Elkanah Walker, who had been a pastor in Forest Grove, died in 1877. His widow Mary remained active in the early life of the school and the community of Forest Grove. In fact, the family of Mary Walker donated the original Boxer to Pacific sometime between 1896 and 1898. The qilin statue had been purchased in China and brought back to Forest Grove by missionary Joseph Elkanah Walker, Mary’s son. Later, most accounts say, it was given to Pacific in her honor.

Mary Walker was present in 1850 when the frame was raised for the still-extant building we today call Old College Hall. It was, she noted tartly in her journal, “a splendid monument to the folly of someone.”

She died in December 1897, according to an account in the June 1899 issue of Oregon Native Son and Historical Magazine, which said “She was widely known as ‘Grandma Walker,’ and when her death took place ... the sad news was swiftly heralded all over the North Pacific coast.”

Mary Walker’s strength and resolve lived on in her family. Notable among her survivors were her granddaughters, Elda and Leva Walker, born in 1877 and 1878, respectively, who both graduated from Pacific in 1901.

They are believed to be the first women from Forest Grove to earn doctorates: Elda from the University of Nebraska and Leva from Cornell University, both in biology. Each taught botany at the University of Nebraska. A May 19, 1919, journal from the Nebraska Academy Sciences noted a report from Elda Walker on “The algal flora of some of the sandhill lakes,” and one by Leva Walker on “The development of Cyathus and Crucibulum.”

Leva and Elda Walker lived together until their deaths in 1970 and 1971, respectively.■ 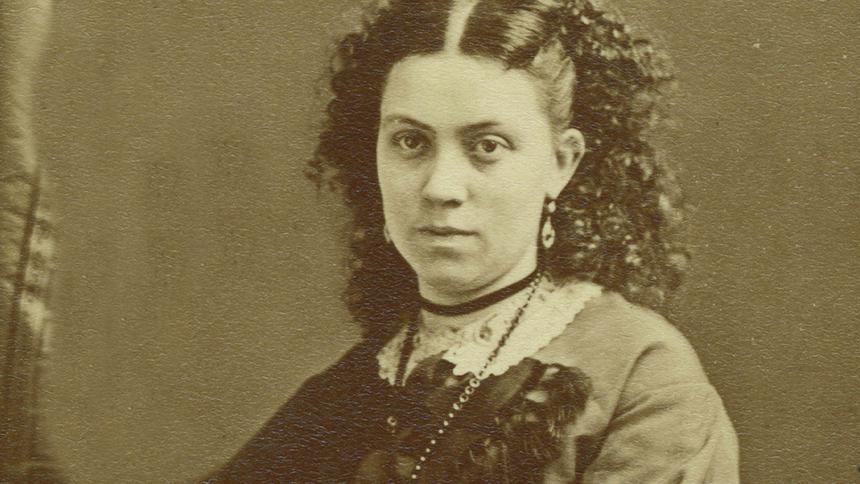