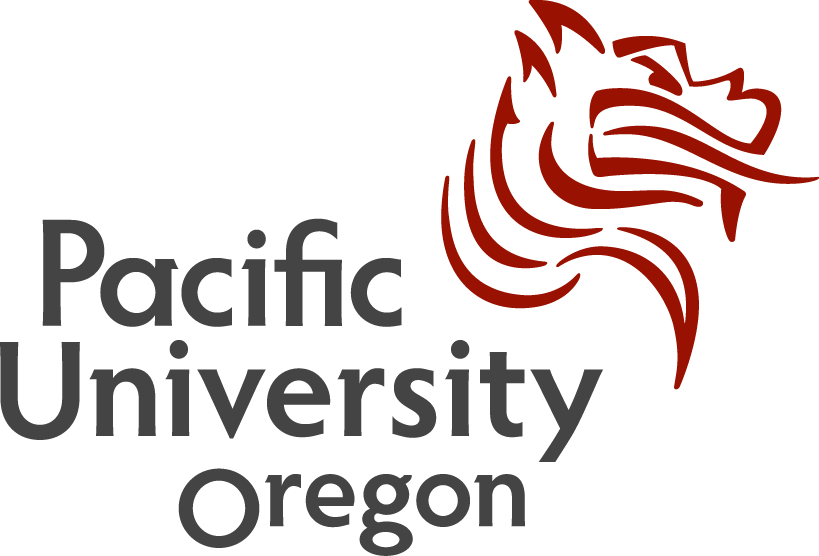 Pacific's logo is the single most recognizable symbol of the university and a source of great pride. The logo consists of the stylized head of Boxer, the university's legendary mascot, and the logotype “Pacific University Oregon.”

The logo has visually represented Pacific University since in 2008. In 2014, it was named Portland’s Best Sports Logo in an online competition thanks to votes by students, alumni, faculty and other supporters.

The seal is the traditional legal signature or imprimatur for the university, representing official sanctioning by the institution. It is used by the Office of the President, as well as to authenticate diplomas, transcripts and other legal documents. 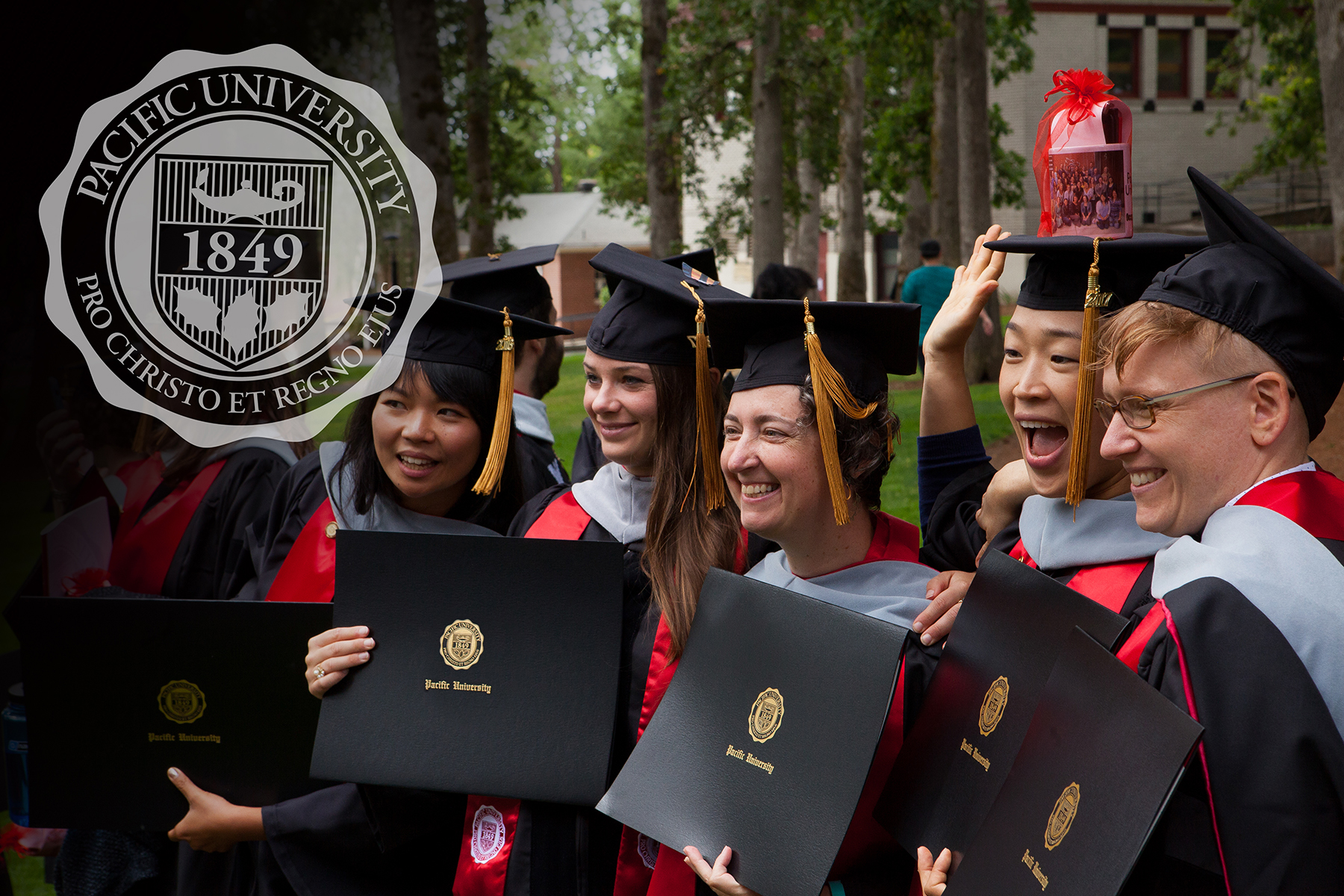 The Presidential Chain of Office is worn by the President on official university occasions and is a symbol of the authority vested in the President by the Board of Trustees. 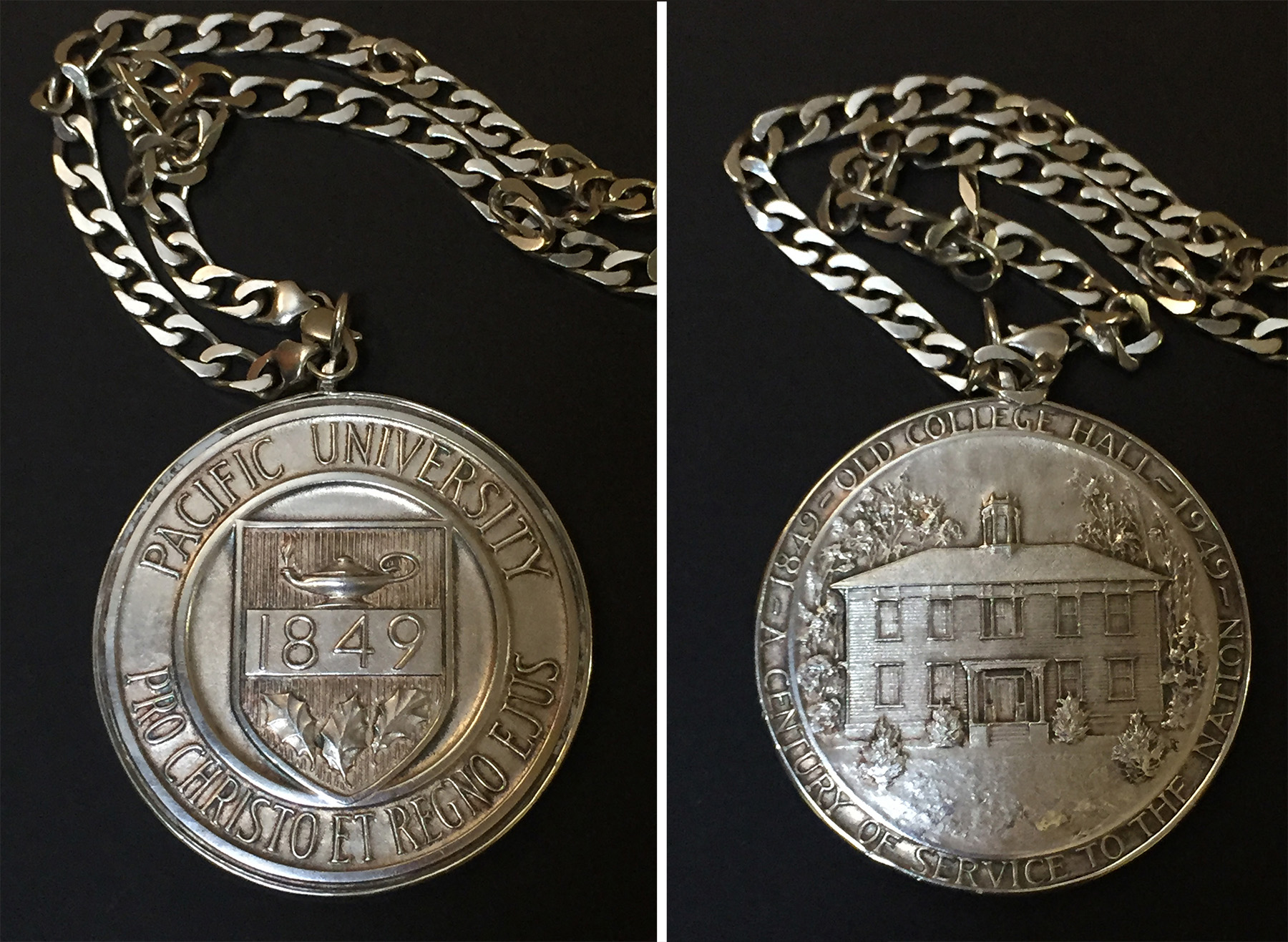 The medallion features the university's official seal on one side and a depiction of Old College Hall — Pacific's first building — on the other. 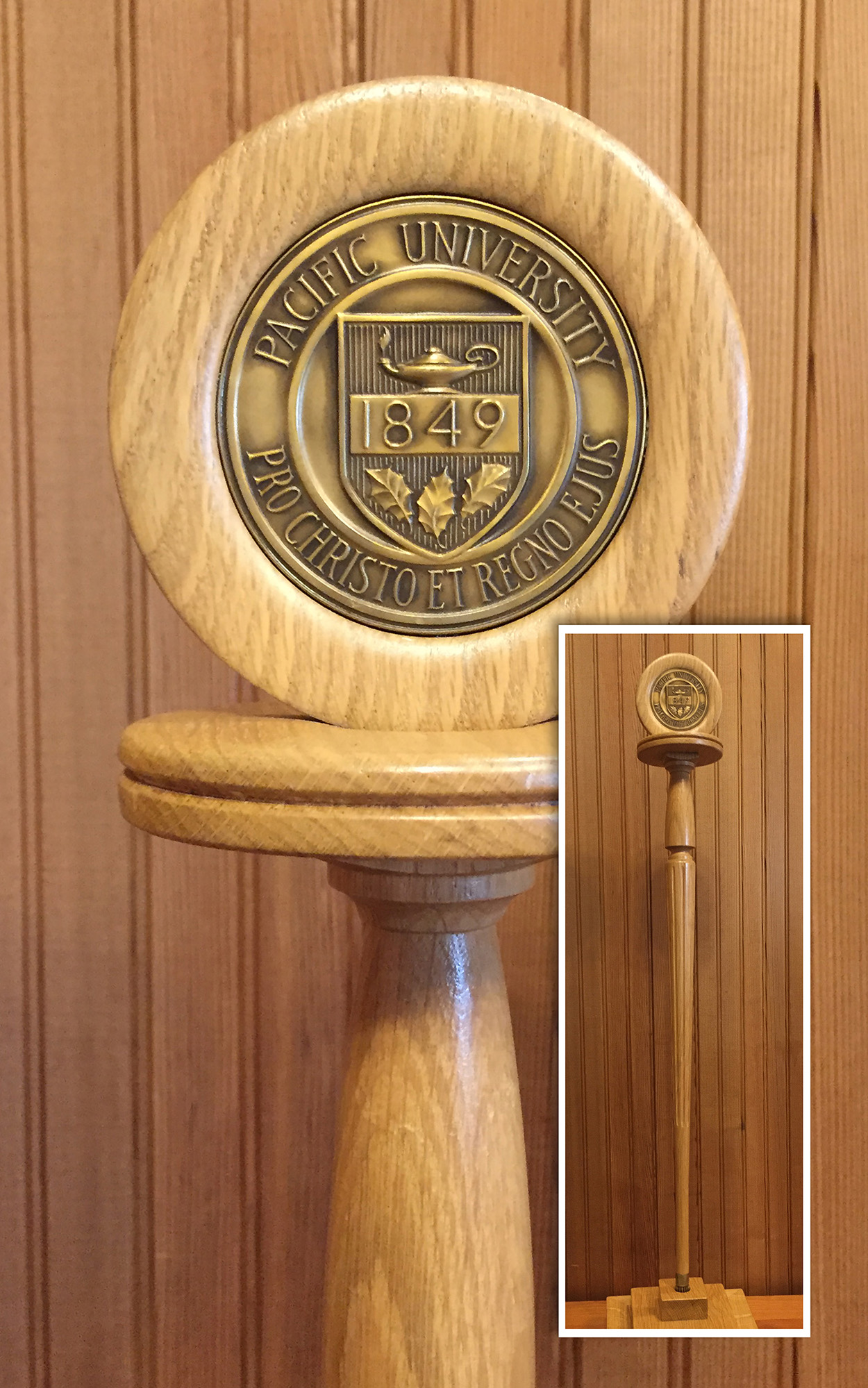 The academic mace symbolizes the authority invested in the President by the Board of Trustees. It serves as a symbol of the highest ideals of humankind and exhibits the main characteristics of their most ancient relative; the medieval battle-mace or war club.

Pacific's mace was commissioned by President Emeritus Phillip D. Creighton to commemorate his investiture in 2003 and crafted from white oak. It is now a treasured university artifact and incorporated into the official academic ceremonies of commencement, convocation and presidential investitures. 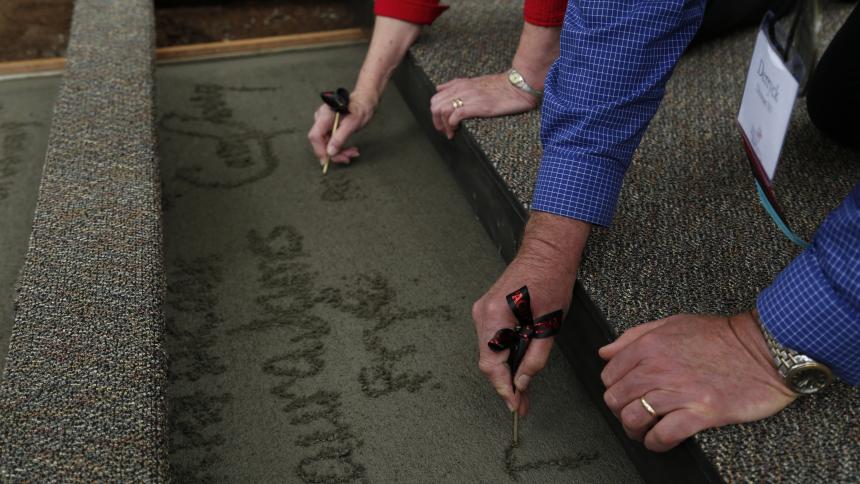 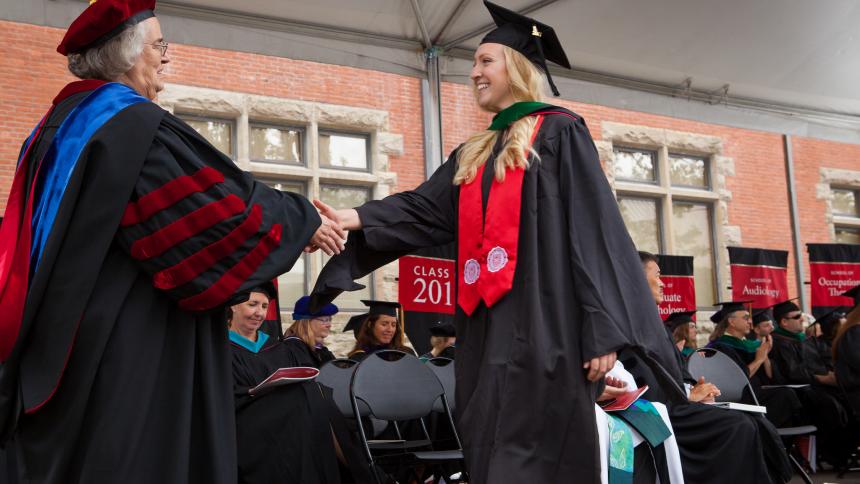 Discover the significance of Pacific University's Academic Regalia and other important commencement traditions.