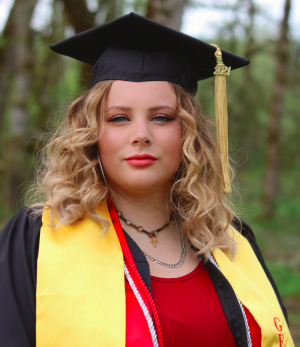 Olivia Rockwood ’21 has been named Pacific University’s Outstanding Senior in Speech and Debate. The senior from Canby, Ore., earned a bachelor’s degree in politics and government in May 2021.

Rockwood has been an active member of Pacific’s Speech and Debate team, which has competed in tournaments around the region. The team is a member of the Northwest Forensics Conference.

Politics and government majors delve into the politics and policies of the United States, as well as the world, including law, the environment, civil rights, socialism, conservatism and other contemporary issues. The program has strong ties to Pacific’s Tom McCall Center for Civic Engagement.