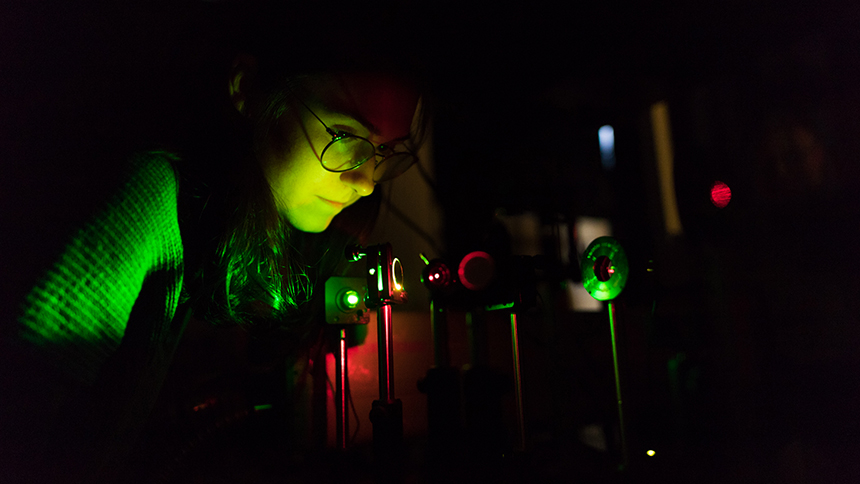 Pacific University is the top private research university in the Pacific Northwest, for the third year running.

The National Science Foundation has released its annual Higher Education Research and Development Survey, which ranks more than 900 universities nationwide based on their investment in research.

Pacific retained its No. 1 ranking among private universities in Oregon and the Pacific Northwest for the third year in a row. The university also moved up to No. 8 in the Far West region, ranking among peers like Stanford and the University of Southern California.

Often a staple of large public universities, research has become an increasingly prominent part of Pacific’s vision over the past decade. The university has continued to grow its graduate programs, both in clinical and scholarly fields, launching its first PhD program (in clinical psychology) and adding PhDs in education and leadership as well as in vision science in recent years.

But research is also embedded in the undergraduate programs at Pacific, where students in the arts and sciences, business and education conduct independent research projects alongside expert faculty members as part of their studies.

Earlier this month, students and alumni working with Christopher Templeton, a faculty member in the Biology Department, published a study on the impact of noise pollution on birds, making international news.

“Pacific’s continued growth in extramural research support is a testament to our strategic efforts to support the creative work of our faculty and students across the university,” said Ann Barr-Gillespie, executive dean of the College of Health Professions, vice provost for research and future provost. “I am profoundly grateful for the work of our Office of Scholarship and Sponsored Projects in supporting faculty development in scholarly pursuits and in grant writing in particular.”