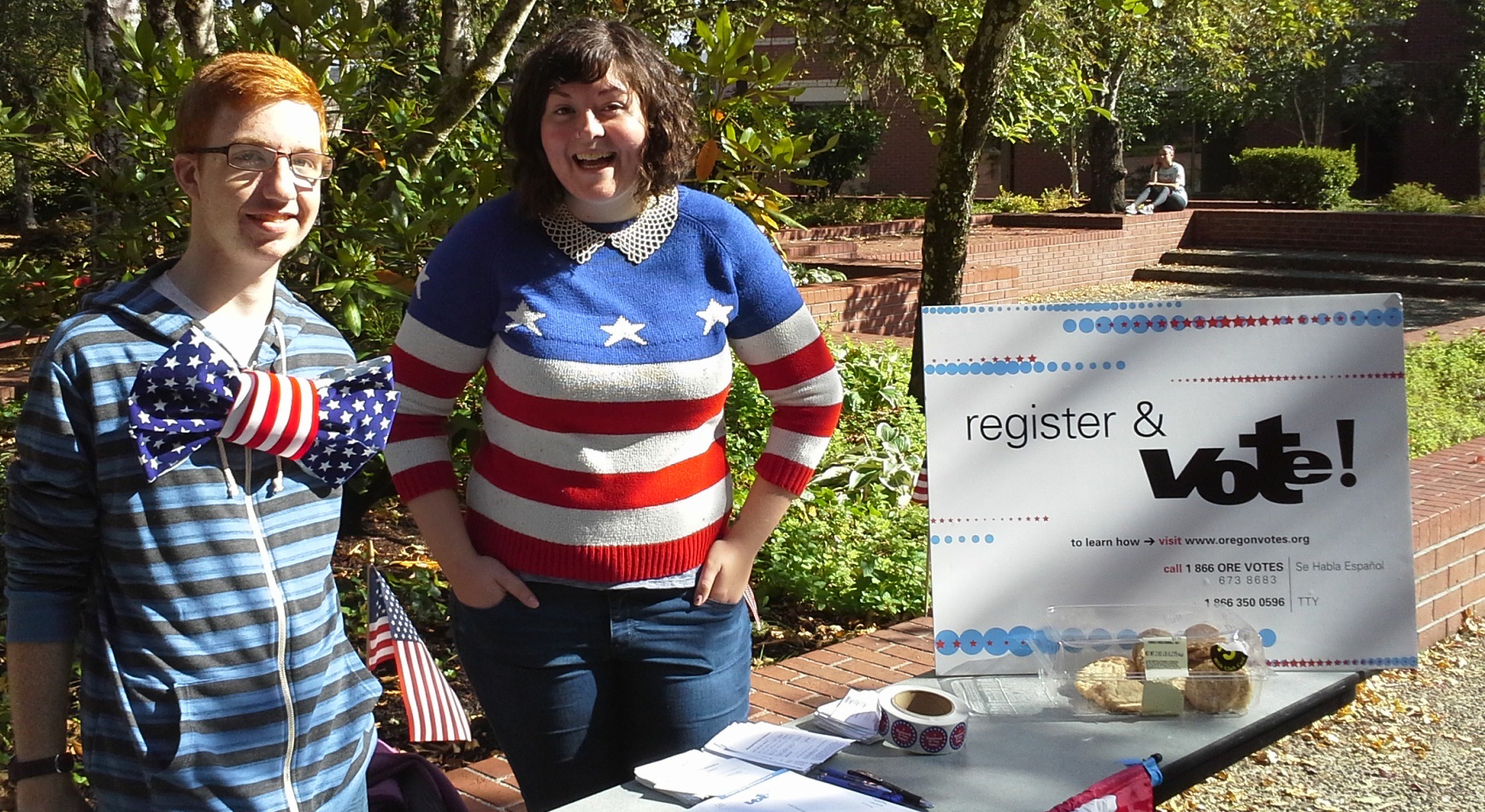 Pacific University is among just 130 colleges and universities nationwide and the only institution based in Oregon to be included in Washington Monthly magazine's "Best Colleges for Student Voting" list.

The list includes both four-year and two-year institutions, approximately 4,620 in all according to the U.S. Department of Education, and is based on a new criteria Washington Monthly uses as part of its annual college rankings: how well institutions are encouraging their students to vote.

Schools selected for the list participate in both the National Study of Learning, Voting and Engagement, and the ALL IN Campus Democracy Challenge action plan. Additionally, selected institutions have made their NSLVE data, which includes voter turnout rates, and their ALL IN action plans publicly available.

"These institutions, representing a broad range of American higher education, show that civic engagement is alive and well on college campuses," the publication editors wrote.

Pacific's proactive Get Out the Vote effort among its student body is spearheaded by the university's Tom McCall Center for Civic Engagement and led by director Stephanie Stokamer.

"Through our Pacific Votes program, we have been making a deliberate effort to better prepare our students to be active participants in the electoral process," Stokamer said. "This fall, we have focused on voter registration, regardless of what state a student is from, as well as voter education."

The latter includes helping students find resources to make informed decisions about their ballot, as well as forums and other campus event, and get-out-the-vote efforts such as publicizing ballot drop box locations and handing out postage stamps.

"We are also reminding students that if they can’t vote, for whatever reason, they can volunteer, and are always looking to partner with other organizations to create ways to do so," Stokamer added.

Michele (Castro) Ruffin '12, who studied politics & government at Pacific and is now a state organizer for Forward Together, has led a team of nine others canvassing for voter participation. They have knocked on more than 15,000 doors in the last two months to maximize voter participation and its effect on public policy locally and nationally.

"I've met so many people who have moved me in my life, and by one-on-one conversations about our values and what's important to us, and the policies we make impact our lives," Ruffin told KGW reporter Pat Dooris. "If we're not out there centering our own experiences and the experiences of our community, then we can't have a voice."

The Tom McCall Center for Civic Engagement at Pacific University promotes active citizenship by connecting students, faculty and staff with policymakers and partner organizations in the larger community for collaborations that contribute to the common good for the betterment of society.