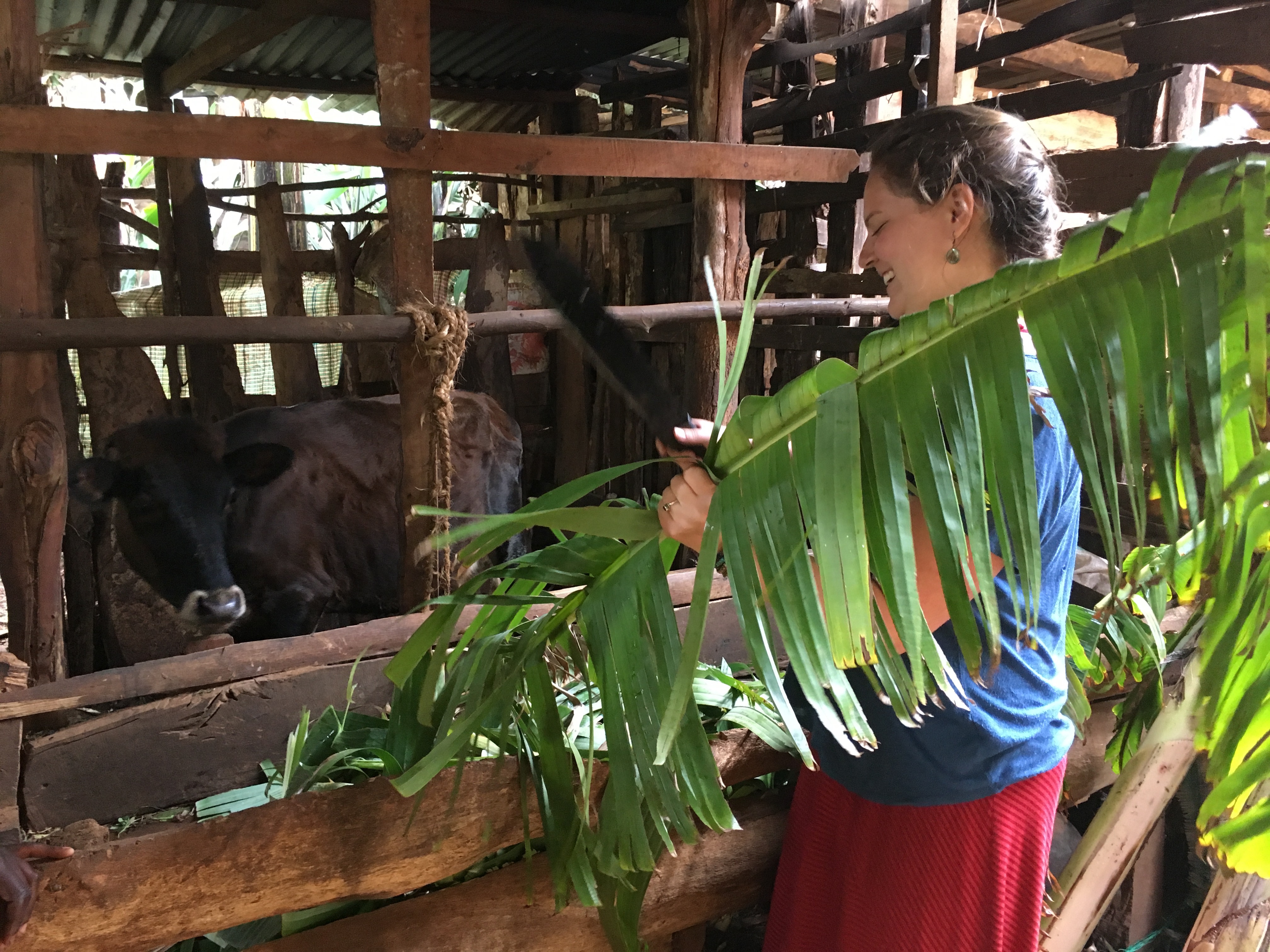 When Kayleigh DeBruyne ’18 enrolled at Pacific University, she planned to spend the next four years majoring in environmental science. But after taking an introductory anthropology class, she discovered another passion.

“I grew a bit disenchanted with the idea of being a scientist working exclusively in a lab or in the field. I didn’t want to spend my time communing more with plants than people,” said DeBruyne, who decided to double major in environmental science and anthropology.

Before she graduated in May 2018, DeBruyne did a senior project that combined at least three of her passions — environmental science, anthropology and feminist issues.

In the spring of 2017, she spent a semester in Tanzania — an East African country known for its vast wilderness areas — studying wildlife conservation and political ecology through a program run by the School for International Training.

During that time, she did independent research for her senior project on the relationship between Chagga women and their “foodways” — their cultural, social and economic practices relating to the production and consumption of food.

One of the country’s largest ethnic groups, the Chagga are known for their agroforestry practice of homegardens on the slopes of Mount Kilimanjaro, where many also live. Chagga women are largely responsible for managing the homegarden and foodway.

“I’m someone who loves thinking about how women experience the world,” DeBruyne said. “Looking at the relationship of Chagga women to their foodways was a great way to do that.”

The homegardens are noted for their environmental sustainability, in part because they contain a large diversity of plants on small plots of land, DeBruyne said.

As part of her research, DeBruyne interviewed and observed Chagga women. She also worked with them in their gardens and kitchens, a practice anthropologists call “deep hanging out,” she explained. 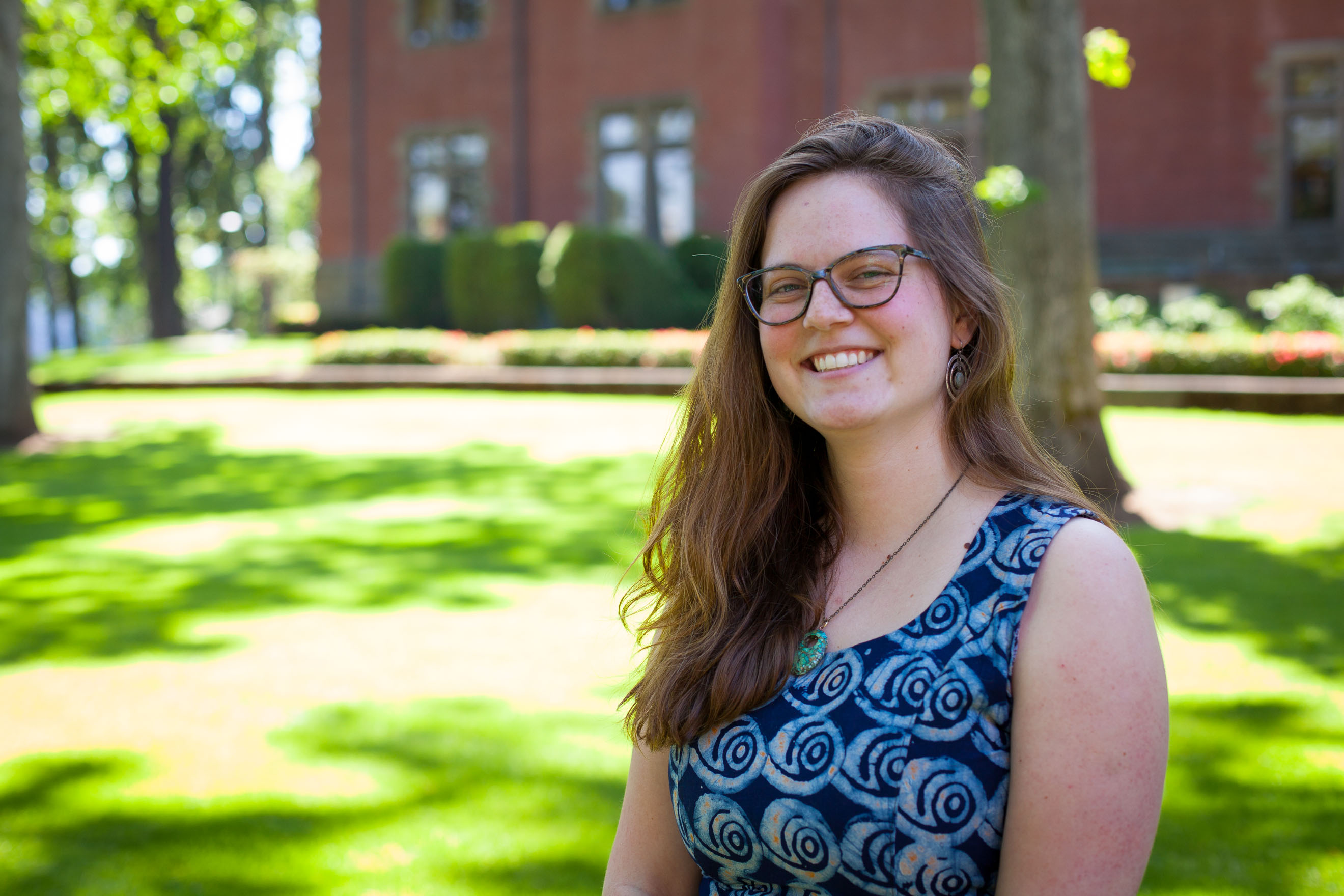 What she learned is that, for many Chagga women, foodways have been a path to gain some independence and navigate challenges. By managing homegardens, they not only grow food for their families, but are able to earn a living selling coffee beans, bananas and other crops.

“I wanted to focus on countering the narrative popular media often shows of women in Africa being vulnerable and give a more nuanced portrayal of their experience,” she said. “They aren’t helpless; they have agency in their lives.”

Yet there is a potential downside to their foodways, DeBruyne said. Because of their reliance on homegardens, Chagga women and their families are vulnerable to the effects of climate change, or other issues that might disrupt their ability to grow food for consumption and sale.

“If there is instability in their foodways, such as less-reliable rainfall or severe rains, that leaves Chagga woman vulnerable in the public and domestic spheres,” she said.

While doing her research, DeBruyne learned a few things about herself as well. The experience, she said, reinforced the importance of being flexible when things don’t go according to plan, a lesson that applies to both academic research and life in general.

“I have high expectations and wanted to accomplish a lot,” she said. “I learned that it’s okay to fail and for plans to change, which made me more adaptable as a scholar, student and individual.”

She also rediscovered the power of food to bring people together, even people from very different cultures.

“Being in Tanzania allowed me to learn about a different culture and find common connections,” she said.

“The power of a shared meal has always been important to me. No matter where I go, there is something to be said for sitting down and sharing a meal with someone.”