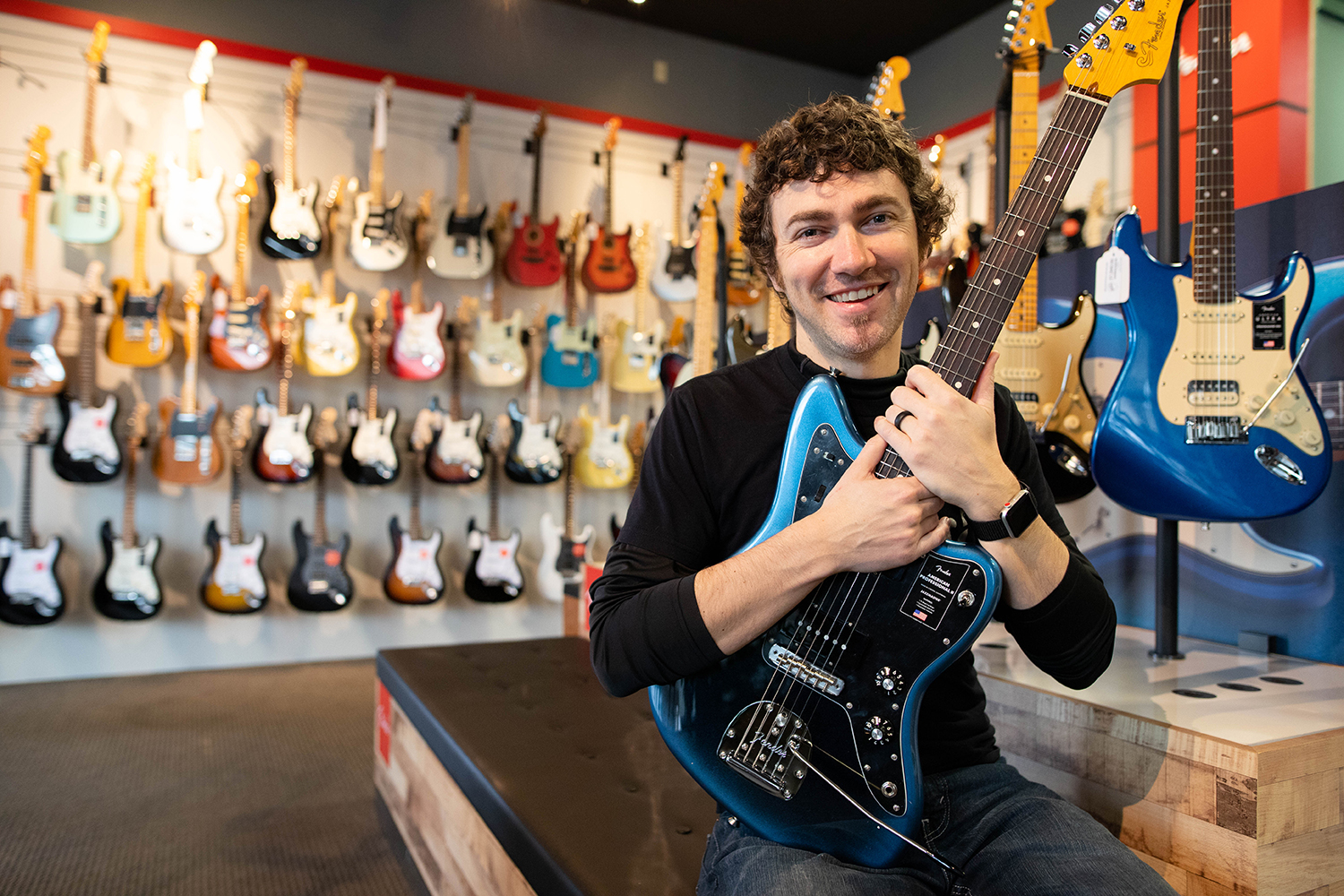 Rainbowed reflections of guitars dance throughout the dimly lit room. They are hanging on every wall, floor to ceiling: Fenders, PRS, Breedlove. It is a shrine to unplayed sounds.

“It’s been a long, windy path to get here,” said Jeremie Murfin ‘02 with a laugh. The Pacific University alumnus has been an owner of award-winning Five Star Guitars in Hillsboro, Ore., for more than 10 years and has been playing instruments the whole time, from the electric guitar to the mandolin.

Murfin started teaching private music lessons to students at Five Star while he was still an undergraduate at Pacific. He stopped working and went back to the classroom not long after graduating, earning his master’s degree in education from Portland State University and going on to teach elementary school in Arizona.

After the market crash in 2008, Murfin and his wife, Jill, moved back to Oregon to settle down, start a family and, hopefully, start a business.

Murfin reached out to his small business contacts and asked them what he should know about starting his own. One of the people he contacted was the then-owner of Five Star Guitars, Ken Potter.

“His response was, ‘Have you ever thought about buying a business?’” Murfin said. “He presented his idea to me and the two guys I’m partnering with, and said ‘if you guys think you can work together well, and do Five Star Guitars better than I did, I’m ready to retire.’”

“We reinvented the wheel while driving the car.”
— Jeremie Murfin '02

Murfin and his two business partners, Geoff Metts and Jeep Simonet, spent a year vetting each other and the store itself, ensuring that it was a partnership that would work.

“We asked ourselves: Is this something that is viable for us to take over? Is it a good idea, will we work well together?” Murfin said.

Since then, the shop has experienced considerable growth. In 2018, Five Star Guitars won the top NAMM (National Association of Music Merchants) award for Best Store Turnaround/Innovation, and in 2016, Murfin and his partners were named Oregon’s Small Business Person(s) of the Year. They have proven themselves to be business Houdinis many times over the years, taking a struggling guitar business and turning it into an award-winning turnaround story.

In 2017, Five Star ran into some problems renewing its lease when Murfin and his partners couldn’t agree on lease terms with the landlord, forcing them to choose whether to close or move. But, at the 11th hour, they found a location on Corridor Court, in the Cornell Home Court Shopping Center. Because of the quick move and the store’s subsequent success, NAMM named Five Star its Turnaround of the Year.

“We almost became homeless as a business in 2017 and then turned it into one of the best retail locations you could have,” Murfin said. “We reinvented the wheel while driving the car.”

Murfin still applies the knowledge he learned during his time at Pacific into his everyday life owning a business and playing instruments. One of his biggest inspirations was music Professor Michael Burch-Pesses.

“I always stress the importance of being on time, knowing your part and knowing what you need to do to contribute to the success of the ensemble,” Burch-Pesses said. “If any of those things I had to say to Jeremie affected the way that he ran his business, then that would be the highest compliment for me. I’m thrilled that he has had the success that he’s had.”

Five Star Guitars has experienced its fair share of ups and downs since the start of the COVID-19 pandemic, as most businesses have. Cash is critical in the highly competitive retail guitar business, and Five Stars’ sales took a plunge in April 2020 after the initial shutdown. The losses were so heavy that the partners began to talk about the possibility of the store not surviving the year.

Then June and July rolled around, and everyone who was still in quarantine decided that they were going to pick up guitar to pass the time.

“We finished 2020 strong and 2021 is going really well,” Murfin said. “We were able to pivot and now we’re in a position where we can take advantage of the vacuum of stores.”

Murfin hopes to eventually buy a commercial property in Hillsboro. He lives with his wife, Jill, and two children, Tyler and Kylie, in Portland, Ore. He also continues to play electric guitar in the weekend rotation at Beaverton Foursquare Church.■ The Healing Power of Music

Joshua Pearl' 19 learned about the therapeutics of music in the hardest possible way: He was afflicted with an autoimmune disease that caused him severe pain. He turned to the piano as a form of treatment, and it helped lessen the need for painkillers he had been prescribed. Recognizing that music could do for others what it did for him, Pearl became a music therapist. 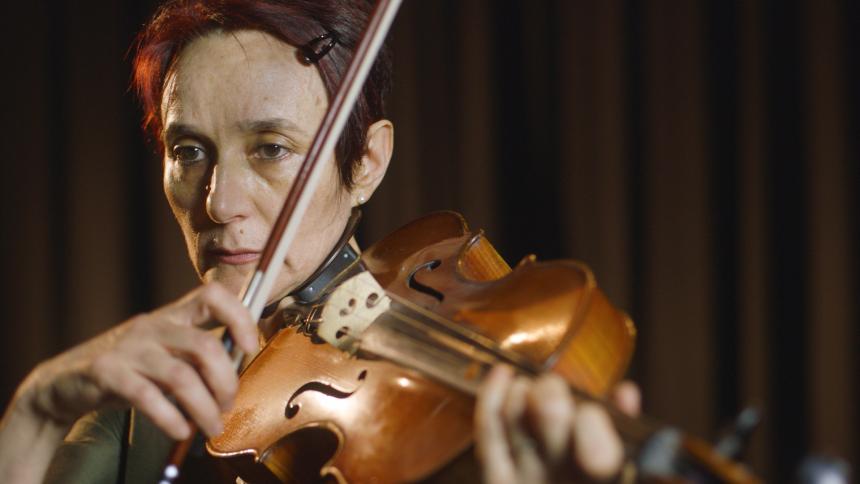 From playing in Sarajevo as bombs fell to conducting in Forest Grove, Dijana Ihas's journey as a musician has been remarkable.