Rarely has $500 accomplished so much.

“The scholarship pretty much laid the groundwork that propelled me forward into my career,” said Deanté Grinner '20, who was the first recipient of Pacific University’s Arts & Sciences Endowed Internship Fund Scholarship. The $500 scholarship helped cover his expenses while working as an unpaid intern during the summer of 2019 at a Cornelius-based cinematic grip and lighting firm.

It was a happy match for Grinner, Pacific and for Coach Sarge Cine, a company operated by a pair of brothers and Pacific University alumni, Bruce ‘87 and Brian Fleskes ‘87. The brothers had wanted to create opportunities for Pacific students and reached out to the Media Arts Department, meeting Grinner when they guest-taught a cinematography course last fall.

“He was the perfect poster child for us to start this process to engage university students,” said Brian Fleskes. “He inspired us to revisit why we do what we do.”

“He’s an amazing young man,” said Bruce Fleskes. He and his brother kept Grinner busy for the summer as a studio manager and swing grip-electric, and he networked his way to film projects by virtue of his ability to connect to producers, cinematographers and drone pilots.

Yes, drone pilots. Grinner owns his own drone and flew it under his recreational pilot license. As an intern, he passed a test to upgrade to a commercial license. He’s already put that certification to work on out-of-state film shoots for a gaming console company and a winery —jobs for which he was hired by virtue of his work for Coach Sarge Cine.

“It’s almost like a snowball effect,” Grinner said. “They see you work hard, you get recommended. You get an internship, you get out on set.”

That’s exactly how the people who funded the scholarship hoped it would work.

To be able to work for experience, said Norman Scott ’63, a Pacific University trustee and a member of the College of Arts & Sciences Advisory Council, “we saw kids having to use their own money out of pocket. It was a burden on them financially to make it happen.”

“They see you work hard, you get recommended. You get an internship, you get out on set.”
—Deanté Grinner '20

So Scott and others launched the internship scholarship fund, which became endowed in time to become available to students seeking jobs this summer. For Grinner, it was perfect timing, allowing him to work at Coach Sarge Cine without taking on additional debt.

College of Arts & Sciences Dean Sarah Phillips said lack of pay is a significant barrier to college students who seek to gain work experience, she said. Many students “need to make money,” she said. But if an internship is unpaid, they can’t afford to accept it.

The Arts & Sciences Endowed Internship Scholarship Fund is an example, she said, “of the kind of program we need to focus on to match our philanthropy to students’ experience.” 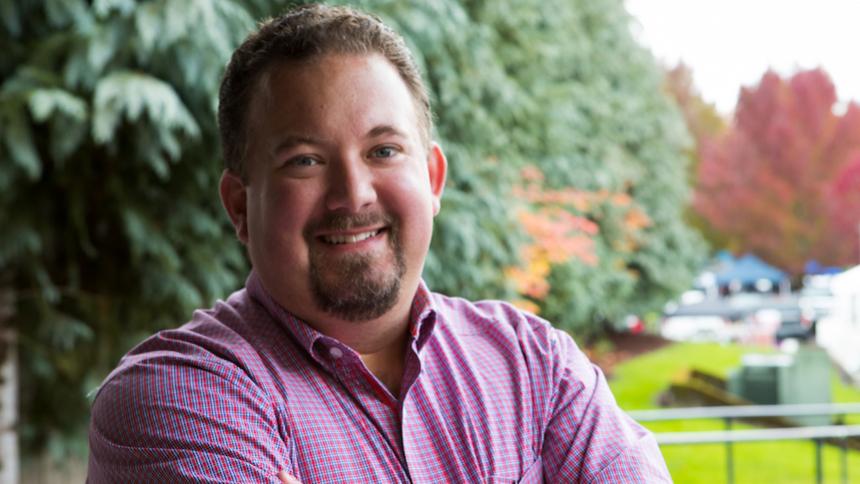 Mark Truax '09 says some of the most important parts of his college education came outside the classroom.