Women Who Made Pacific: Claire Argow

By the time she came to Pacific in 1960, Claire Argow already was well known for her work to abolish the death penalty and reform the penal system.

She had been active in crime prevention, psychology of prisoners, and social work in New York and Florida before coming to Oregon and spending 15 years as executive director of the Oregon Prison Association. In that role, she visited prisons, lobbied public officials, sent letters and gave speeches. She campaigned successfully for the repeal of the death penalty in Oregon in 1964, drove the state to separate youthful offenders from adults, and to establish separate prisons for women. Two wings of the Multnomah County (Ore.) Juvenile Detention Center were named the Claire Argow Center.

She was driven by the belief that people convicted of crimes still deserve to be offered opportunities and treated humanely.

Society also benefits when it treats a prisoner well, she told an interviewer in 1983. “If we do nothing for him in the prison, he’s going to come out worse and worse and worse than he was the first or the second or the third time that he went. He is more of a threat to you ... when he comes out than he ever was before he went in.”

"She was driven by the belief that people convicted of crimes still deserve to be offered opportunities and treated humanely."

To the editor of The Oregon Statesman newspaper, she wrote: “Confinement without treatment will only embitter, not rehabilitate.”

She paid hundreds of visits to people in prison and sometimes brought students with her. Linda Marvel ’65 of Olympia, a retired social worker for the state of Washington, recalled a visit to the Oregon State Penitentiary in which the men in the class who visited the men’s wing encountered an inmate who broke down in tears when he saw Argow.

“He was supposed to be one of her successes,” Marvel said. But he had re-offended and returned to prison. “He was so ashamed,” she said.

Marvel said Argow was an inspiration to her and others, especially women. “She was a very strong woman,” Marvel said. “She was years ahead of her time. The Oregon Prison Association was not a place you’d find a woman in the 1950s.”

She earned her bachelor’s degree from Vassar in 1924, a master’s in psychiatric social work from Simmons College in 1925 and a law degree from Yale in 1930. She and the two other women in her class were the first three women to graduate from Yale Law School.

In a 1977 oral history online at the Oregon Historical Society, she explained that after attending law school and returning to what she called “psychological social work,” she was drawn to those who were convicted of crimes.

“I found I could identify with criminals,” she told the interviewer. “I recognized how very human they are.”

An interviewer who spoke to her for Oregon Public Broadcasting’s “Front Line” program in 1983 asked her what she thought when people called her “a starry-eyed liberal do-gooder.”

“You don’t get rich when you do the kind of work I’ve done all my life, but you get a satisfaction. I have a gal who still writes to me, who came to us as a murderer in the penitentiary, who tells me that she could never have made it, in or out, if it hadn’t been for me. Now where do you get rewards like that?”

In 1991, she created the Claire Argow Endowed Scholarship Fund to support students planning a career in social services or law enforcement. Argow died in 1997, and her memorial was held in Pacific’s Old College Hall.

Since her death, her son Keith has continued to generously support the scholarship fund, and he was inducted into the Pacific University President’s Circle this month. ■ 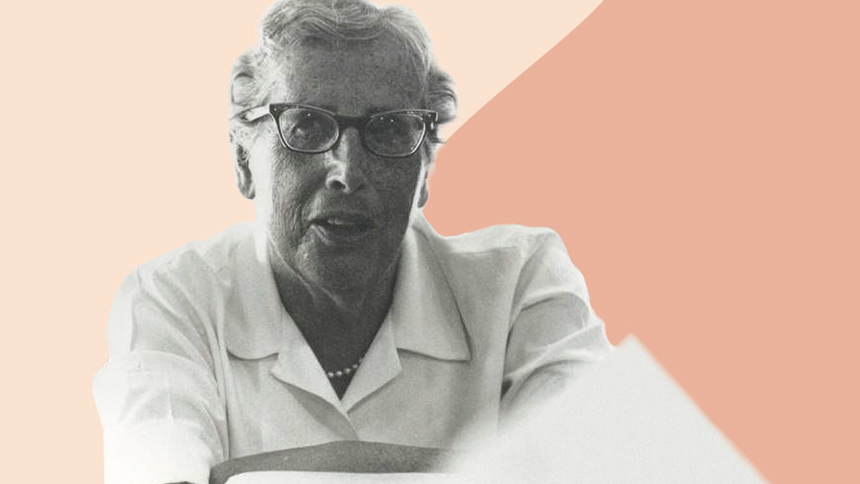 A 1942 headline in The Campus, the undergraduate newspaper of City College of New York, set the tone: “First Female Invades Tech School Faculty,” it blared. Cecilie Froehlich led Pacific's math department until 1970 and was an outspoken advocate for recruiting women into the fields of math and engineering.