For a while they coexisted, but when Tualatin Academy closed in 1915, Farnham transitioned from principal of the Ladies Department at Tualatin Academy to become dean of women at Pacific, where she was an imposing presence until her retirement in 1924. She also was a professor of English language and literature. While at Pacific, she also earned her doctorate in English literature from Mount Holyoke.

She had already accomplished much before coming to Pacific. She was a superintendent of schools in her native Maine and became principal of the Bloemhof School in what is now South Africa. You can still buy her books The Farnham Papers and Documentary History of the State of Maine, Vol. 8 on Amazon.

At Pacific, she was a popular figure on campus. Pictures in the archives show her on picnics with students; always in good posture, with a faintly sardonic smile. As the Faculty Yearbook put it, apparently around 1907, “Miss Farnham is a woman of the highest culture and refinement and the high social standard of our institution is due at least in a large measure to her influence.” Other yearbook references through the years describe her as “ten o’clock extinguisher of Herrick Hall lights,” and “a jolly chaperone.”

"...and a mind as sharp as a copper etching."
—Walter Giersbach

Even after retiring, she remained engaged in the life of the university, joining in the annual Christmas Wassail and writing a profile of many Pacific alumni.

When she died in 1943 at the age of 96, Pacific University President Walter Giersbach paid tribute by saying “there was hardly a matter touched by Mary Frances Farnham that did not show the handiwork of a lovely spirit, and a mind as sharp as a copper etching." ■ 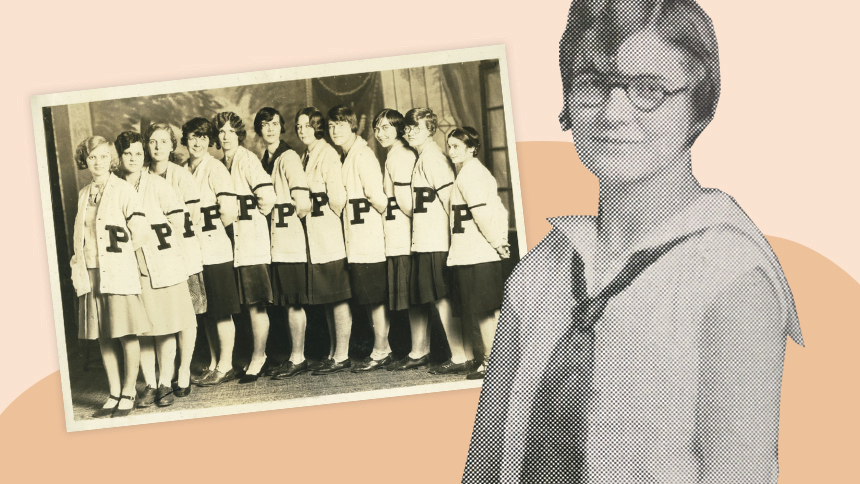 Andrewa Noble was mathematics pioneer, attending Pacific in the 1920s and earning a PhD in mathematics in 1936. She was a a professor and chair of the Pacific University Math Department before her retirement in 1965. She was also chair of the chemistry, physics and math section of the Northwest Scientific Association.