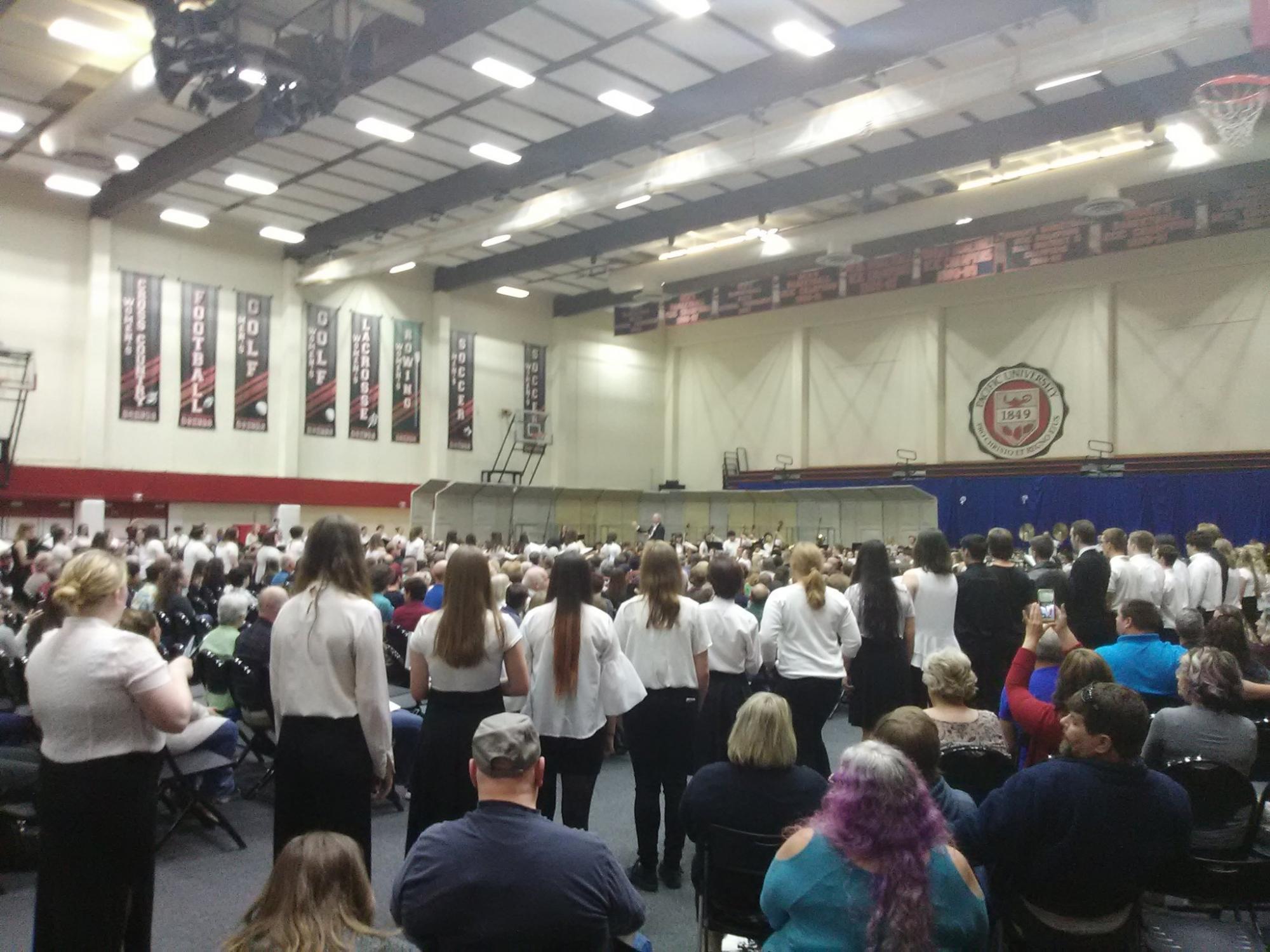 Pacific University's 71st annual Music in May festival, a three-day gathering that annually draws more than 400 high school musicians from throughout the Northwest, concludes on Saturday afternoon, May 25 with a grand finale concert featuring the participants performing in band, choral and orchestra ensembles.

The concert begins at 3 p.m. and takes place in the Stoller Center gymnasium on the north side of the university's Forest Grove Campus. General admission is $8, with senior citizens and youth admitted for $6.

Pacific music professor, Dr. Michael Burch-Pesses, who has directed Music in May for the past 23 years, told the Forest Grove News-Times the concert "is always a smash," sure to delight families of friends of the performers, as well as music afficiandos.

The 2019 concert resumes the tradition of bringing a trio of distinguished guest conductors from throughout the country to instruct and inspire the festival participants to learn and perform a robust selection of challenging music literature.

“What we like to do is invite people with a national reputation and somebody who is well known as a clinician and someone who is an excellent rehearsal conductor,” Burch-Pesses told the News-Times.